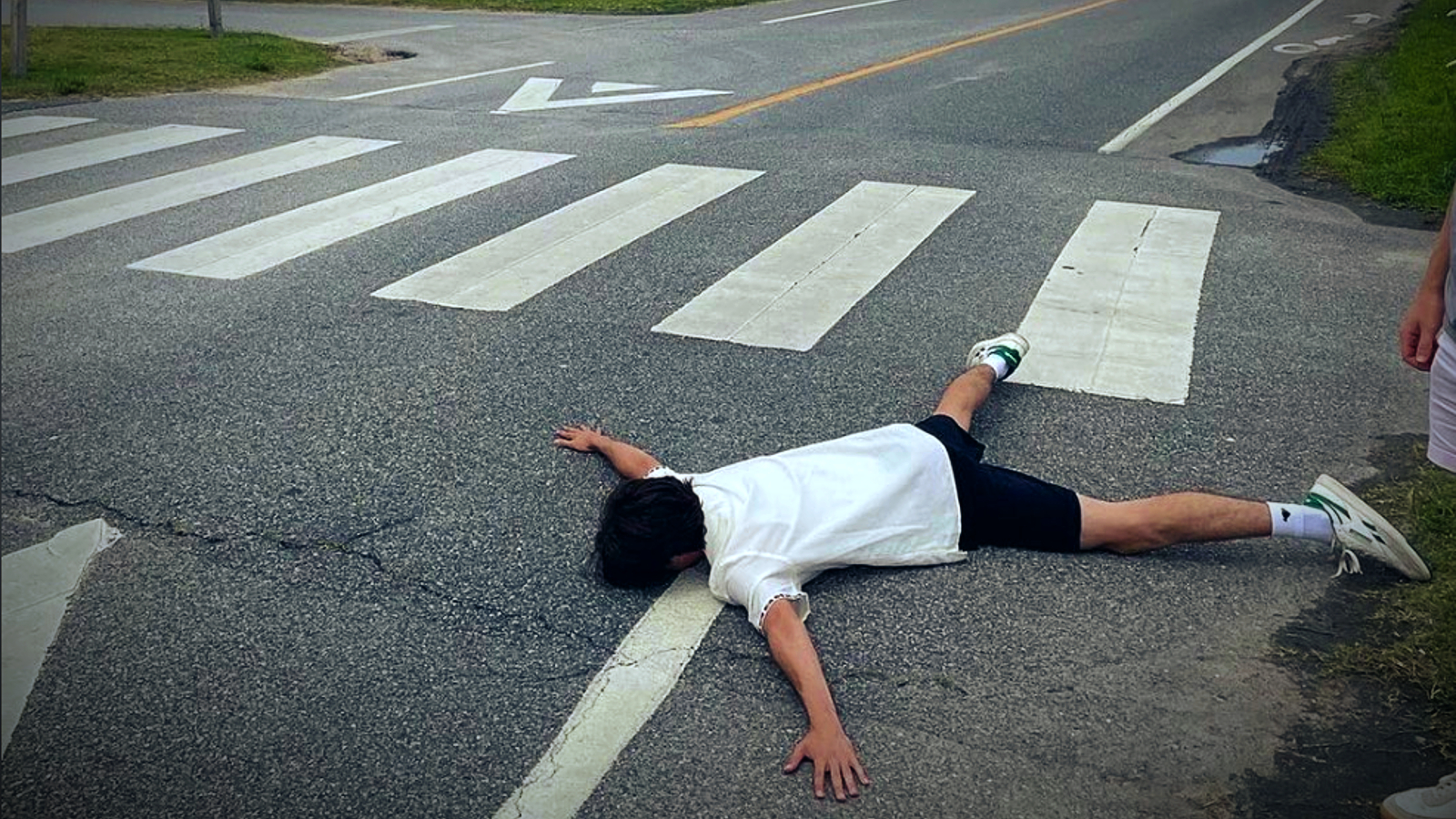 If there is one social media account you can count on to bring the heat, it’s Old Row. And they certainly did not disappoint with their latest trend.

Joe Biden fell off his bike while stationary last month in Delaware. The clip circulated social media like wildfire, and Old Row wasted no time turning this five second video into endless entertainment.

‘#Bidening’ began trending on Twitter this past weekend. People from all over the world are submitting photos and videos falling off bicycles to the social media page.

Each post about the trend on Old Row’s official Instagram page amasses tens of thousands of ‘likes’. They even created a shirt picturing the site of the original incident where someone had written ‘Joe Fell Here’.

“At this point, the crosswalk is a historical site,” Old Row said.

“Old Row might be one of the Right’s most underrated viral messaging platforms. First ‘let’s go Brandon,’ now Bidening — puts 50% of Republican PR firms to shame,” journalist Nate Hochman tweeted in response to the trend. “I mean it’s objectively hilarious that after like 2 weeks, this dumb #Bidening trend of people taking videos of themselves falling off their bikes has gone international, and you have random Europeans submitting videos to Old Row.”

American Principles Project’s Coline Pruett agreed with Hochman: “Old Row has been on this forever. So underrated in what they’ve done for the movement”.

Old Row responded to Hochman’s thread, explaining that “consultant firms do this sort of thing in less effective ways for millions of dollars. We do it for free because it’s funny. America First.”

Swig, the brand’s founder and chief operating officer, said he is “glad people are noticing”.

We are not sure who decided to put the 79 year old President who struggles to walk in a straight line on a bicycle. But for the internet’s sake, we hope that person is still making decision in the White House.