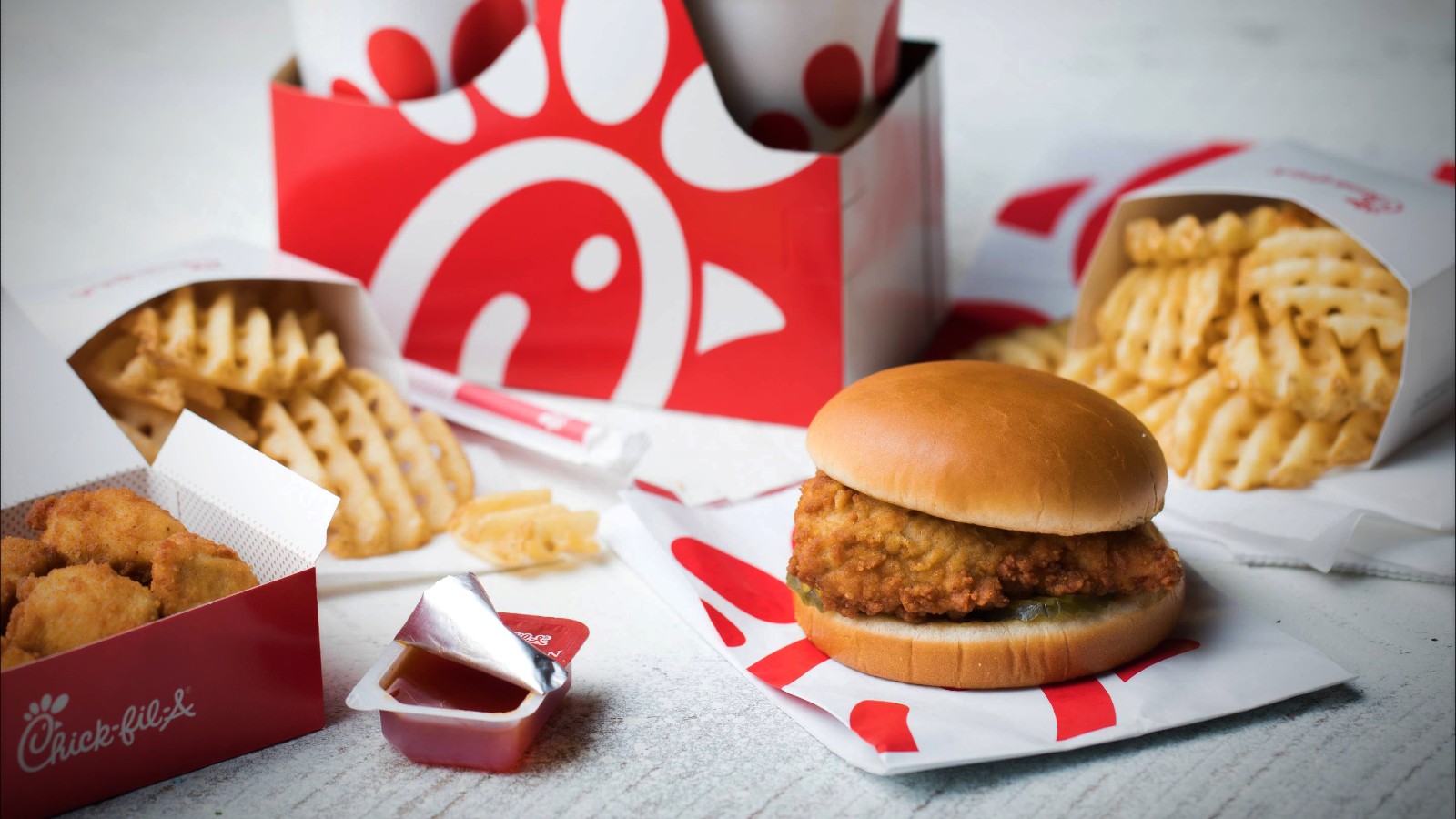 God’s fast food restaurant was trending on Twitter mid week. Which is weird, because Chick-fil-A is open on Tuesday—so what is there to complain about?

When something is rapidly circulating the internet (particularly Twitter), it is usually for some asinine reason. This time, Chick-fil-A is causing a stir over many things: their sauce, not paying for their employees birth control, paying for their employees birth control, being homophobic, covering Viagra, operating better than Congress, and not serving steak…amongst other things. But mostly the ‘homophobia’ part, due to their ties to Christianity.

“Today is a great day to NOT eat Chick-fil-A,” one user tweeted alongside a pride flag. This post garnered over 32,000 likes in under fifteen hours—but the reply to retweet ratio was less than stellar.

Fellow Twitter users were quick to push back in defense of the chain.

“One of the reasons everyone is so happy and polite at Chick-fil-A is you don’t run into people like this,” one account posted.

One of the reasons everyone is so happy and polite at Chick-fil-A is you don't run into people like this. https://t.co/l2VGG3NMVC

But the real internet skirmish began on a post attacking company policy: “just a reminder that Chick-fil-A doesn’t cover birth control pills for their employees but they cover Viagra.”

Though this post had a better ratio on it, with retweets far surpassing the replies, people were still quick to push back.

“Just a reminder that Chick-fil-A is not a healthy insurance company,” one reply read.

Just a reminder that Chick-fil-A is not a health insurance company.

We could get into employment-benefit-technicalities…but ‘Chick-fil-A is not health insurance company’ is a factual statement.

Do people not thoroughly read a company’s policies and benefits before signing an employment contract? Sign now, ask about birth control later?

To be honest, we are not convinced the recurring anti Chick-fil-A Twitter campaigns are not just a ploy by beef cattle farmers. The sauce, the fries—what is not to love?

Here are some more random Chick-fil-A tweets that made it to the top of the trending section:

My birth control was fully covered by Chick-fil-A. Don’t listen to random people on the internet. They also fully covered my therapy. https://t.co/O4bPqCjjgG

Chick-fil-a is trending. I'm sure they made the right people angry again

Imagine if Congress functioned as efficiently as a Chick-fil-A… then we’d get work done in REAL time.

Not decades of failed leaderships.

Chick-fil-A ain’t stingy with shit… they’ll put an employee in your bag if you ask them.