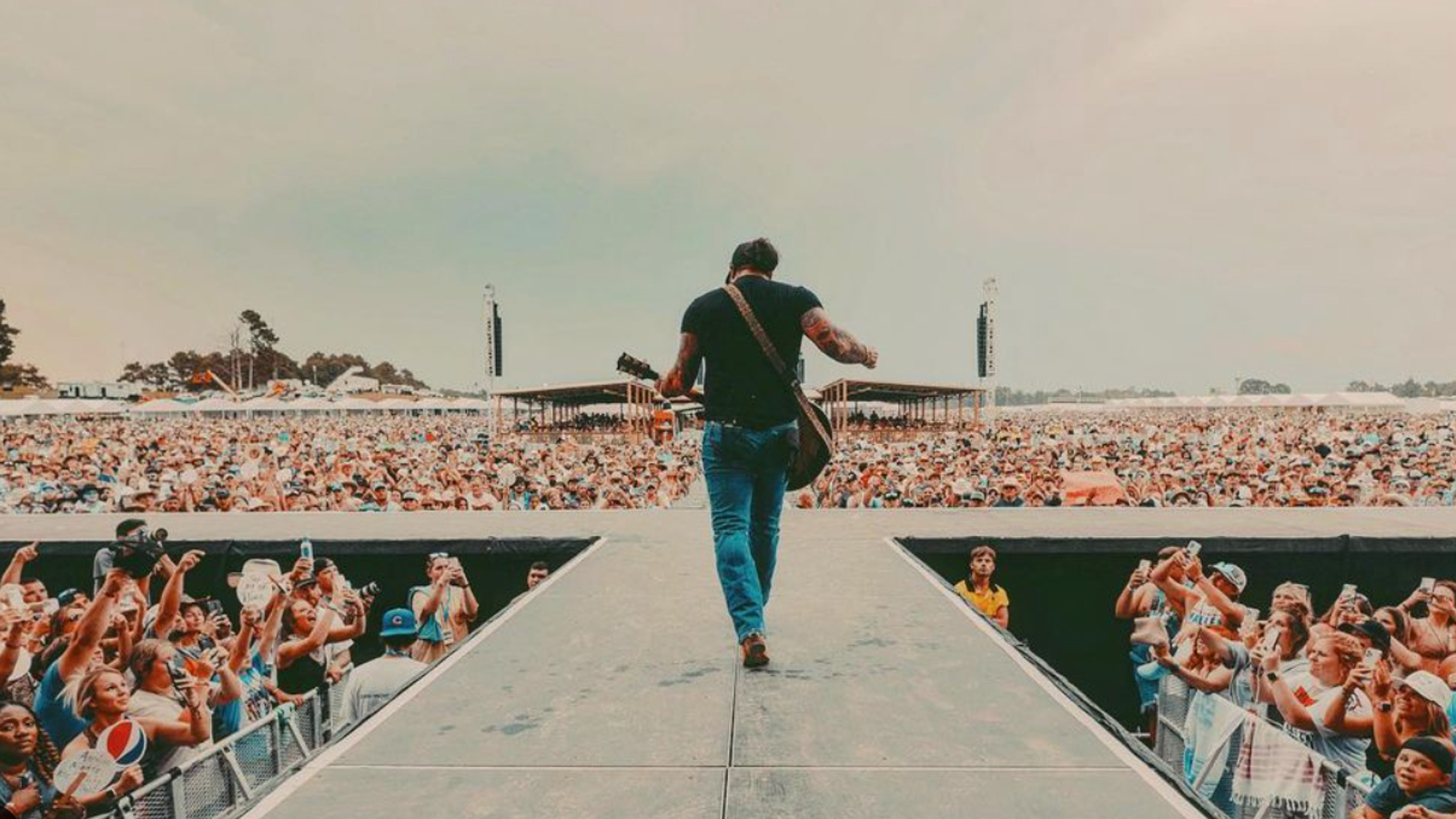 The king of grunge country Koe Wetzel has finally released the highly anticipated album Hell Paso—and man, it was worth the wait. Apparently a lot of people agree, because it topped Apple Music’s country albums chart eight hours after it officially dropped.

Hell Paso features the two singles Koe released this year, April Showers and Creeps; a lot of songs about bad relationships; and a teaser of the next album. 👀

This is some of our favorite music Koe has put out, and is definitely worth giving a listen. It is certainly not a cookie cutter album, but that’s what makes it so good—it’s Koe being Koe.

You can tell listening to each song and paying attention to the lyrics that this record took a lot of time, blood, sweat, and tears. It clearly means a lot to Koe & his krew. As it should. It’s an absolute masterpiece.

Fans have been waiting for Hell Paso for a hot minute. After all, he didn’t release any new music in 2021 with the exception of a feature on Austin Meade’s Happier Alone (which is a banger, btw). Back in January of this year, however, Koe tweeted: “Hunting season is done and over with, I’m bored. Let’s Make a new record.”

The man keeps his promises. Just in time for hunting season, Hell Paso is here.

The thirteen-track album has been heavily teased on social media, started entire TikTok trends, and can even be spotted on billboards across the U.S..

Though Koe is considered ‘country’ by streaming platforms and many of his fans; there is a continual debate if the red-dirt-origin artist has strayed more into alternative and rock.

Who the f*ck cares? Good music is good music. 🤝

He actually dedicated an entire track on the new record to this debate. Cheers, a mid-album break, takes the time to toast all of Koe’s fans and haters before taking some shots.