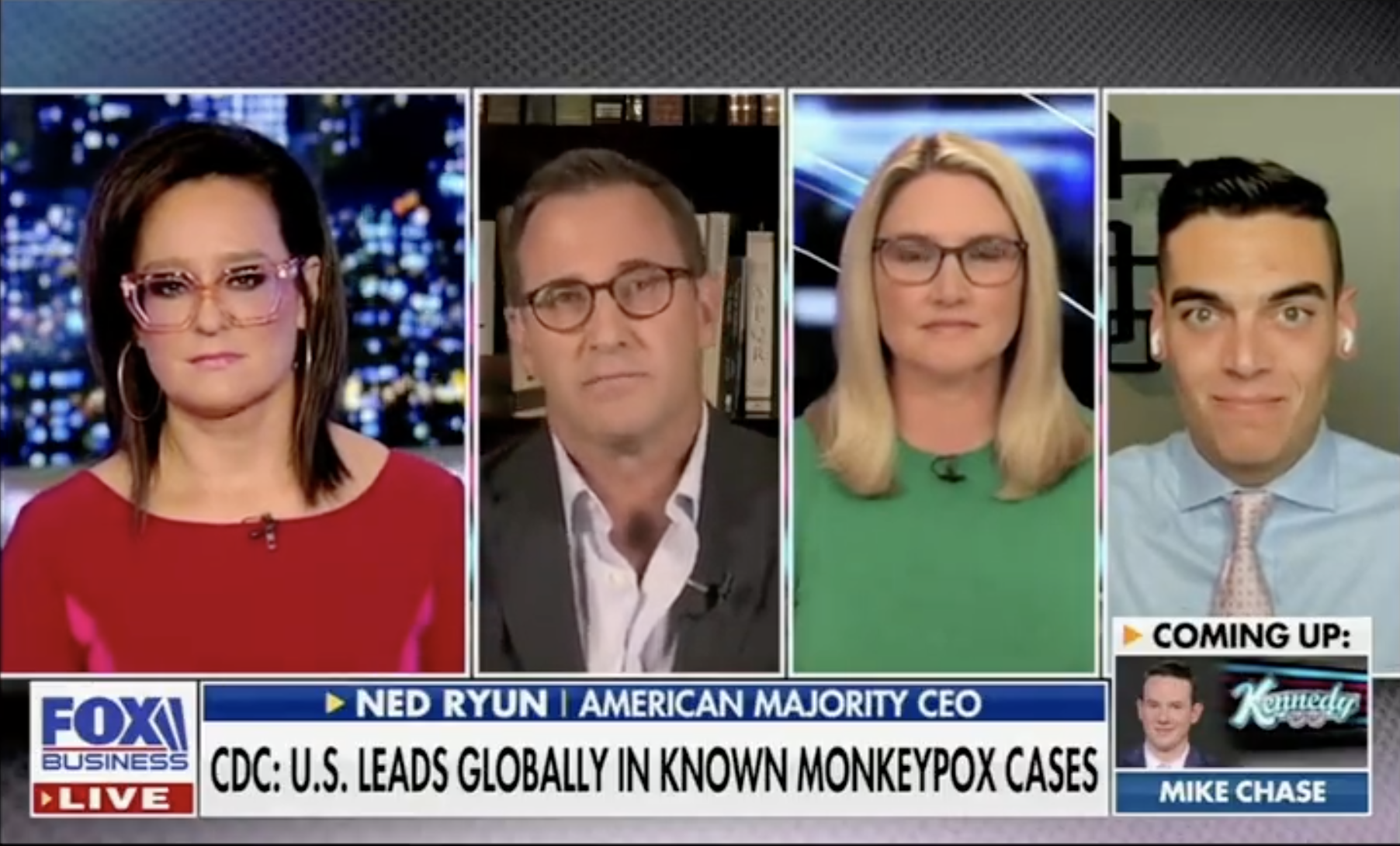 Kennedy posed a question about the ‘monkeypox’ virus to her panel on Fox Business Wednesday night. The host and most of the panel had quite the visceral reaction to some basic facts and statistics on the matter.

“When you look at the New England Journal‘s report of the 528,” Ryun began to reference a study before he was abruptly cut off by both the host and fellow panelist Brad Polumbo.

“Come on. Ned, come on,” Kennedy scoffed at the highly respected commentator.

“Go look at the New England Journal‘s report, that NBC News reported on on Friday. In which, of the 528 cases they reviewed, 95 per cent were [transmitted by] sex between men,” Ryun was finally allowed to finish citing the statistic that supported his statement.

“I think we actually have to have a serious conversation about where this is coming from,” he expanded on his notion as Polumbo attempted to speak over him. “When I’m done, Brad, you can talk.”

Ryun believes the conversation of the virus’s transmission should be had “instead of going crazy and declaring a national pandemic when 3,000 people have it right now. It’s insane.”

“It’s not bigoted,” Ryun defended his research. “This is science, Kennedy. 95 per cent of the cases from the New England Journal…”

“You know what? I’m going to let Brad respond,” the host once again cut Ryun off. This time, without letting him reference the statistic or its source. “We have 372 doses [of the vaccine] ready to go; but because this has been an issue for more men in the gay community, it seems like it has been lower on the priority list.” Kennedy’s baseless claim of bigotry did accomplish one thing: she acknowledged that Ryun is correct, more gay men transmit and thus are affected by the virus.

“Ned is right that monkeypox right now is mostly affecting gay men,” Polumbo reaffirms before he, fellow panelist Marie Harf, and Kennedy go on to repetitively slander Ryun as bigoted.

Apparently you are only allowed to acknowledge the science if you are using it to pander to identity groups.

“My simple rule of thumb in these situations is when people start calling you names you’ve already won,” Ryun tweeted of the incident.