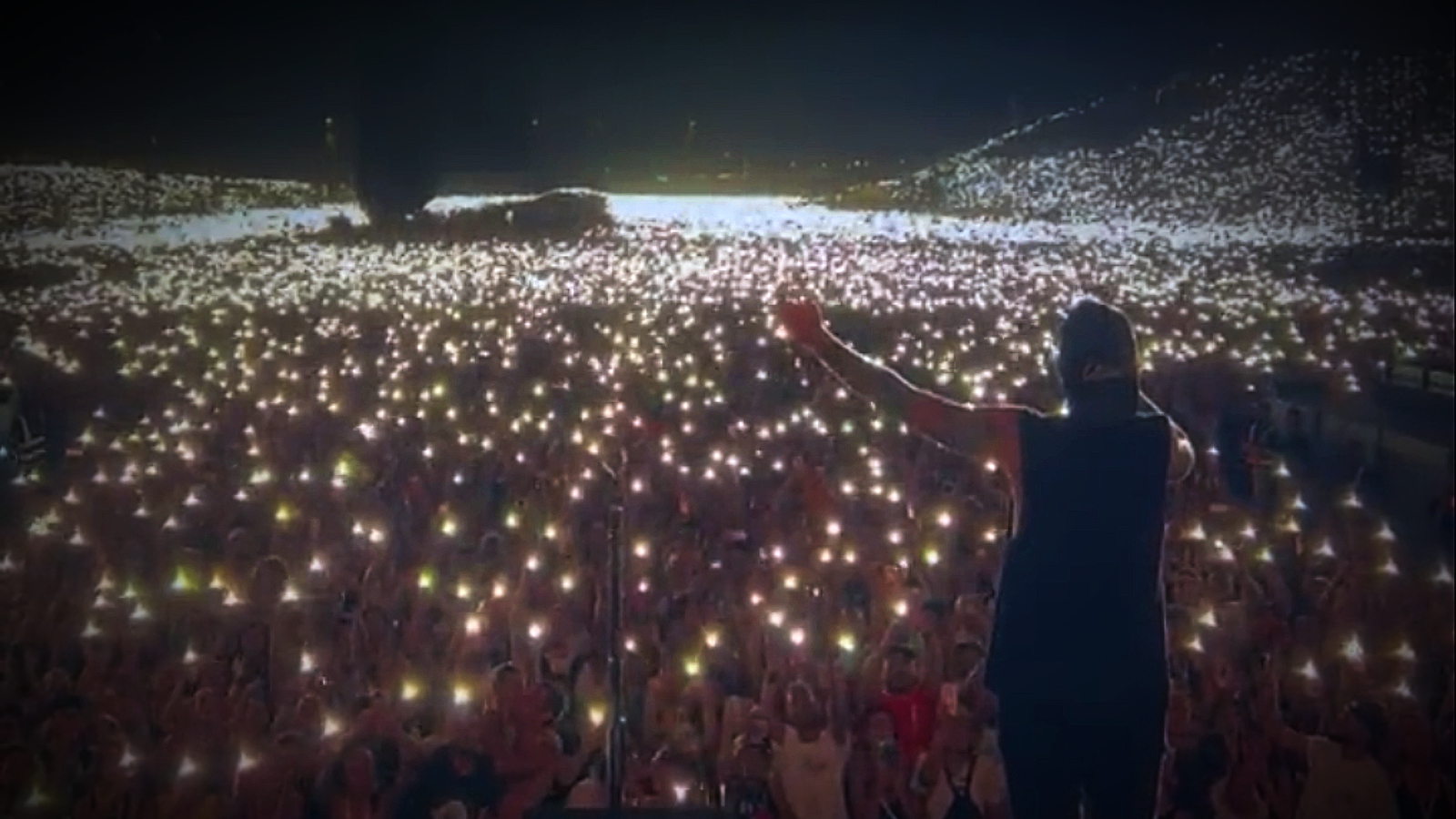 The popular Italian singer-songwriter Ultimo is in the middle of a rather impressive stadium tour, hitting all the major cities in the Southern European nation. Despite multiple dates in a few of the major cities, Ultimo still managed to sell out just shy of half the tour weeks prior to its official start.

The singer’s social media accounts have been filled with emotional videos of massive crowds singing along to his most iconic songs; including Sogni Appesi, Rondini al Guizaglio, and Pianeti.

His awe-inspiring performance at Rome’s Circus Maximus Sunday night was no exception. The historic venue once home to the iconic chariot races of ancient Rome, holds 70,000 people. The 26-year-old budding star had the Circus Maximus filled to capacity with people shoulder-to-shoulder.

Ultimo shared a minute-long clip on his social media of the expansive crowd, sprinkled with lights, singing along to Pianeti without missing a beat:

Ultimo took to social media to thank his fans for their support, explaining: “the emotional connection that is created between you and me during the concert cannot be described. I can only say thank you to infinity for the trust.”

“I don’t give a shit about success, money and the good life, I live to sing at concerts and to see you down there excited. Because we really believe in fairy tales, we are the ones who still say ‘I love you’ in an alley, we still believe that a smile and a glass of wine are enough to be happy.”

He ended his note by telling everyone else to “keep the world”. He just asked that they “leave us the sea, the dreams, the tears, the emotions, the revenge and the beautiful belief of being able to change the world simply by singing together.”

The singer has risen to fame quite quickly, winning the Sanremo Music Festival in 2018 and placing runner-up the following year.

By his second year in the mix, Ultimo drew an impressive response to his second place finish. Many prominent figures, including Italian politician and head of Italy’s Lega party Matteo Salvini, took issue with the festival over the results.

“The most beautiful Italian song?!? I would have chosen Ultimo,” Salvini tweeted.

In part, Ultimo’s allure is that his music is beautiful, and moreover real. Sounds the same live as in the studio, not over-produced, and his lyrics mean something.

And people are responded to his sound.

70,000 is an impressive draw, but he has sold out larger venues still. In Florence last month, where the singer had two back to back performances, 80,000 people sang along one night alone.

From winning the Sanremo Music Festival in 2018, to politicians squabbling over his 2019 loss, to now: selling out crowds encroaching on 100,000.

Ultimo’s success is not confined to Italy’s borders, however.

Earlier this year, he was featured on Ed Sheeran’s recent single 2step. The collaboration is an impressive landmark in the young singer’s career and, given Sheeran’s impressive international notoriety, certainly helped in giving Ultimo a leg up onto the world stage.