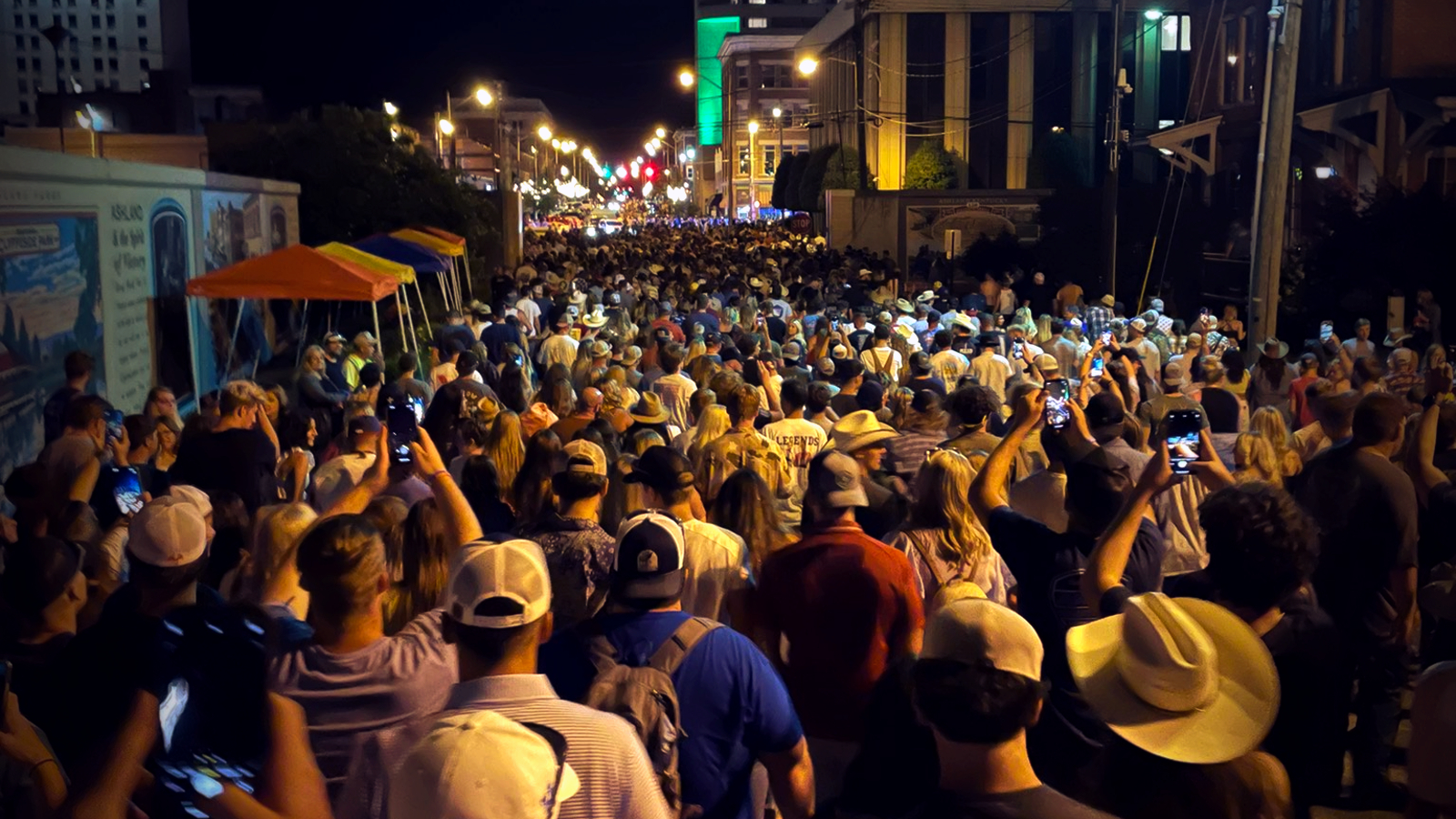 Ashland is a notable town in the Bluegrass State, yet it is but-a town. And Zach Bryan rode in on a hurricane.

The young songwriter is fairly new to the spotlight but still has a vast and loyal audience—as his recent gig in Ashland quintessentially demonstrated.

“HIGHWAY BOYS SHUT DOWN STREETS,” one fan declared via Twitter, sharing a photo depicting the town’s main drag being overrun with Bryan’s fans after the concert. “Pretty sure Ashland, KY isn’t built to hold a [Zach Bryan] concert,” another noted.

They would be correct.

Bryan shared a video of the show itself, which depicted an overflowing crowd at the local amphitheater. “An honor beyond words,” he expressed; “thank you Ashland for letting me in with open arms”.

But the madness that comes along with the budding star did not conclude with the concert.

Afterwards, the masses took the streets of a very under-equipped Ashland. Photos show a sea of cowboy and trucker hats shoulder-to-shoulder, funneling between buildings.

Whiskey Riff‘s Casey Young likened the scene to “a Super Bowl win or NCAA championship victory. I mean, you literally couldn’t see one inch of pavement, and these people look like they’re ready to celebrate the first championship win their team has had in the last 25 years… it’s pretty insane.”

Bryan promised the Kentucky town he would “be back soon… thank you from the bottom of my heart”.