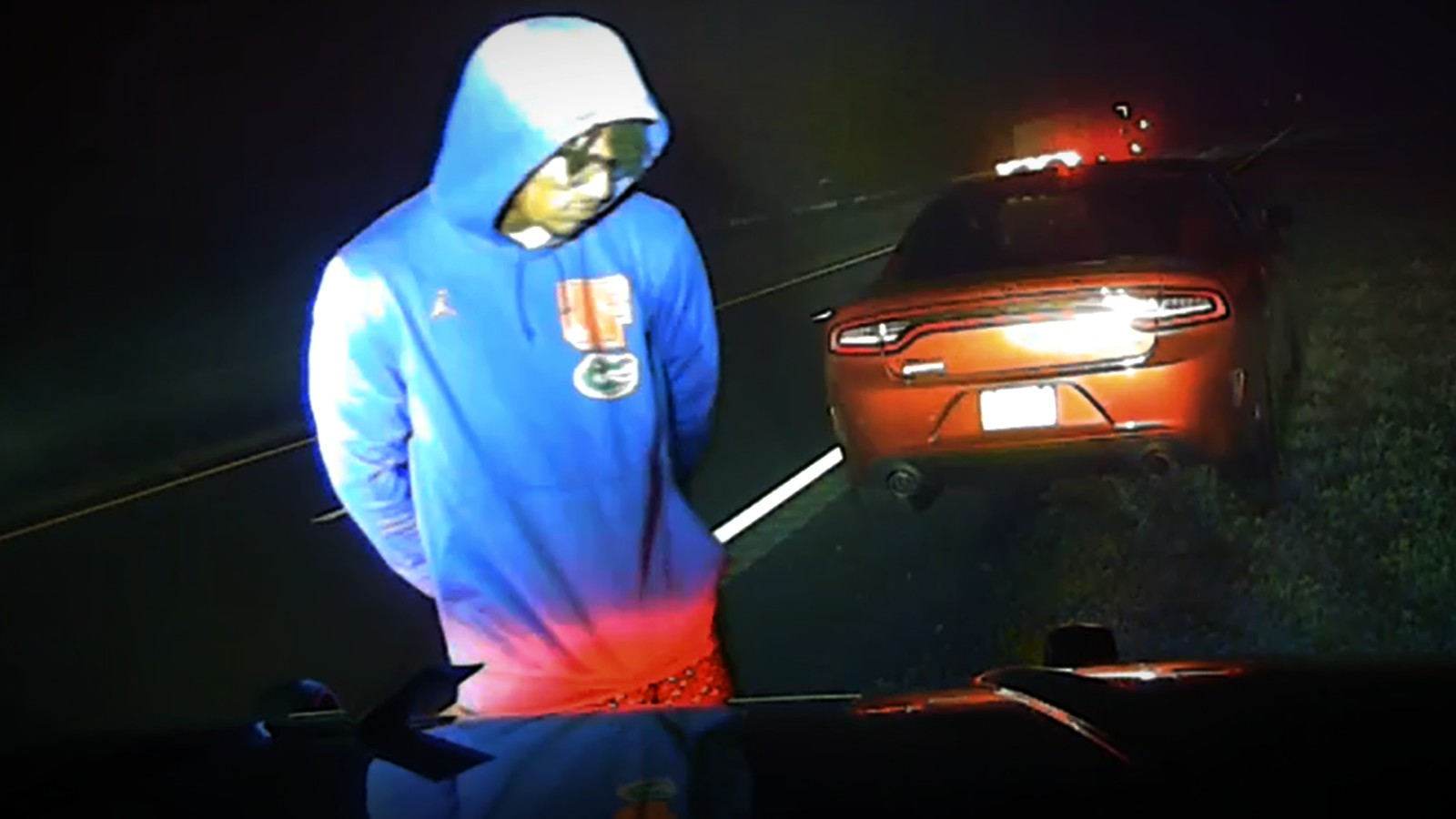 A judge on Wednesday gave a homework assignment to Florida Gators quarterback Anthony Richardson—an essay explaining his reason for speeding 105 mph and what he learned after spending 12 hours in traffic school.

Alachua County Court Judge Meshon Rawls also fined Richardson 349 dollars after his lawyer entered a plea of no contest to a charge of speeding at least 30 mph over the limit. The judge appeared dissatisfied with Richardson’s explanation about why he was driving so fast, that he wasn’t paying attention when a sheriff’s deputy stopped him at 4:11 a.m. on April 4.

“I just remember driving home that night,” Richardson said during his court hearing. “I was putting in my maps, and I didn’t realize I was going that fast because I looked up and seen blue lights, and that’s pretty much all I remember.”

Richardson’s lawyer, Joshua Houston, asked the judge not to assess points against the player’s driver’s license. The judge balked after she learned that just weeks before Richardson was ticketed for 105 mph in Florida, he was also ticketed for driving 90 mph on an interstate in Georgia in a 70 mph zone.

“I don’t think there is a compelling circumstance or explanation for 105 mph,” Rawls said.

It wasn’t clear why Richardson’s lawyers didn’t better prepare the player to explicitly apologize, express regret or offer a fuller, more credible explanation for driving so fast. Richardson spoke for about 13 seconds during the hearing, except to occasionally respond, “yes, ma’am” to the judge.

The judge said she would reconsider whether to assess points against Richardson’s license if he submitted an essay, which Houston promised would happen within one week. Richardson – whose agent has been pursuing six- and seven-figure endorsement deals under new NCAA rules allowing athletes to earn money from their name, image and likeness – was given 60 days to pay the $349 fine.

That fine was similar to amounts assessed against other drivers who have been ticketed for 105 mph in a 60 mph zone, according to a review of millions of traffic tickets in recent years across Florida.

Richardson was pulled over and ticketed at 4:11 a.m. on April 4 for driving 105 mph in a 60 mph zone about 12 miles west of the university’s campus. A radar caught the quarterback driving his 2021 Dodge Charger gifted to him through a deal with a local Dodge dealership.

The Georgia speeding ticket happened Feb. 26 but was not reported to the Florida Department of Highway Safety and Motor Vehicles until after Richardson was ticketed April 4.

Richardson preemptively completed 12 hours of traffic school on May 11, according to court records. The judge said she might have been inclined to require Richardson to attend traffic school but not for fully 12 hours.
___

This story was produced by Fresh Take Florida, a news service of the University of Florida College of Journalism and Communications. The reporter can be reached at troy.myers@ufl.edu.