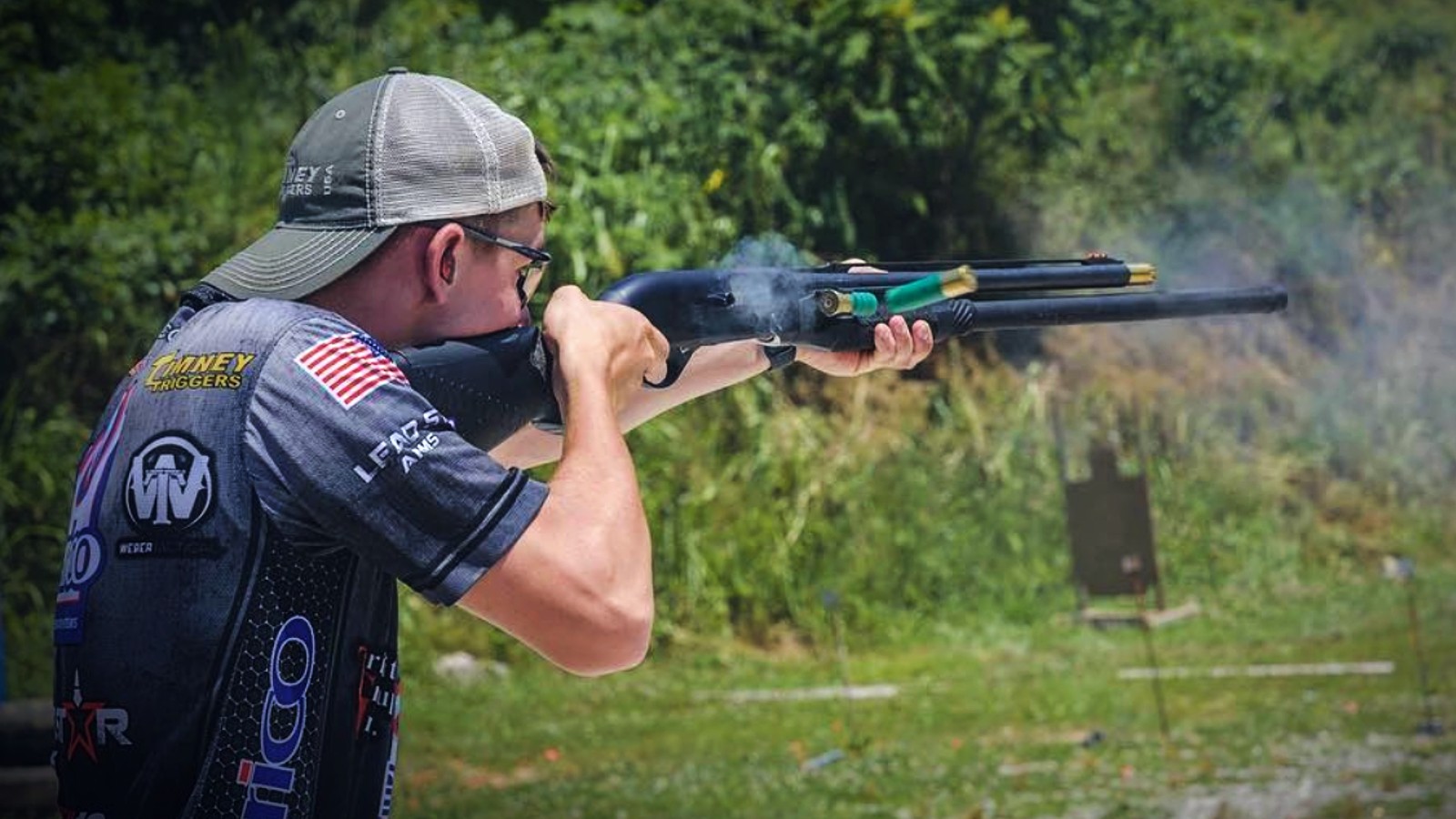 Last Friday I was fortunate to attend a sporting clay event at the Indiana Gun Club sponsored by the renowned BLEND Cigar Bar.

Going into this match, I had no expectation on how it was going to go. Though I have a lengthy history with firearms, prior to last weekend I had only completed one sporting clay course in southern Kentucky several years ago.

To my surprise, I was not alone—at least fifty per cent of the shooters in attendance were relatively new. It was really refreshing to see the number of new faces interested in shooting sports and have a safe but really good time shooting clays.

The day was spent walking through the woods shooting and smoking cigars, all while getting to know some awesome people. At the conclusion of the match, the match director, who is in charge of organizing event, stated that sporting clay events are as safe as a tennis match. I wholeheartedly believe that.

At no point during the entirety of the match did I feel unsafe. It is a match director’s job to make sure events not only run smooth, but more importantly are safe. They did an excellent job at this event.

This event was a twelve station course with fifty total shots to be taken. Each station had two clay presentations launched in pairs for a total of four shots, with the exception of one station that had six shots.

Upon giving the command “pull”, the person in charge of the controller would initiate the targets in a sequence defined by that particular stage description. We had two different types of target presentations at this match: True Pair and Report Pair.

A True Pair is when two birds (a bird being a clay target) are thrown simultaneously. You have to strategize what bird to to shoot at first so you have adequate time to go for the second bird. For a Report Pair, the first target is thrown at the shooter’s request. Once the designated person operating the controller hears the first shot, they will then initiate the second bird.

At this particular match, the Indiana Gun Club was focusing on beginners. Although I am not new to shooting sports, I do appreciate the attentiveness the professionals and coaches showed less experienced shooters throughout the match. From safe handling of the shotgun, to how to properly swing the shotgun with the target, as well as where to hold the sights of the shotgun in relation to the target—this is known as leading the target. Leading is essentially aiming the gun where the target is flying and predicting its flight path. Although leading may seem complicated, once you shoot a stage or two you start to understand pretty quickly how the leading process works.

Something I suggest when getting into any of the competitive shooting disciplines is to acquire the essential equipment to shoot—and don’t go all out for your first match. One of the things I often see is people trying to buy skill. That is just not attainable. You can eventually outgrow your equipment. But before you reach that point you have to learn how to use it to its full potential. Get to know the equipment you currently own and get the critical fundamentals down before you drop the big bucks.

At this match, I shot a forty-three out of fifty with my shotgun that was built for 3 gun competitions. I was consistent with those shooting over-under shotguns worth well over twenty thousand dollars. Although over-under shotguns are better suited for the sporting clay application, it is a perfect example that money cannot buy skill. You do not have to drop the big bucks right off the bat: use what you have or borrow someone’s gear and have fun!

One of the things repetitively discussed last weekend was the desire to get the next generation into shooting sports.

I think we all can agree it would be good to get younger generations outside, some fresh air, and away from the gaming consoles and smart phones. So if you are a parent and think your kids would be interested in any of the shooting disciplines, please reach out to your local shooting range or even your 4H programs as they typically have a Trap Shooting Team. Even some high schools have formed trap and skeet teams.

If there is one thing you will learn from the shooting community it is that everyone is willing to help you in any way they can. I encourage anyone that is considering getting into any shooting discipline to reach out to a local range and ask if they hold matches at their facility. Get out to a local match, meet some people, and get yourself informed on the functions of the discipline you would like to shoot. All shooting disciplines function differently, so it is important to familiarize yourself with the mechanics of your preferred specialty.

Not matter the sport, the best thing to do if you are interested is ask questions. I have always believed that there is no such thing as a dumb question if you learned something from it. If you have any questions, find me on social media and I will try to answer them for you. If I can’t, I will find you somebody that can!