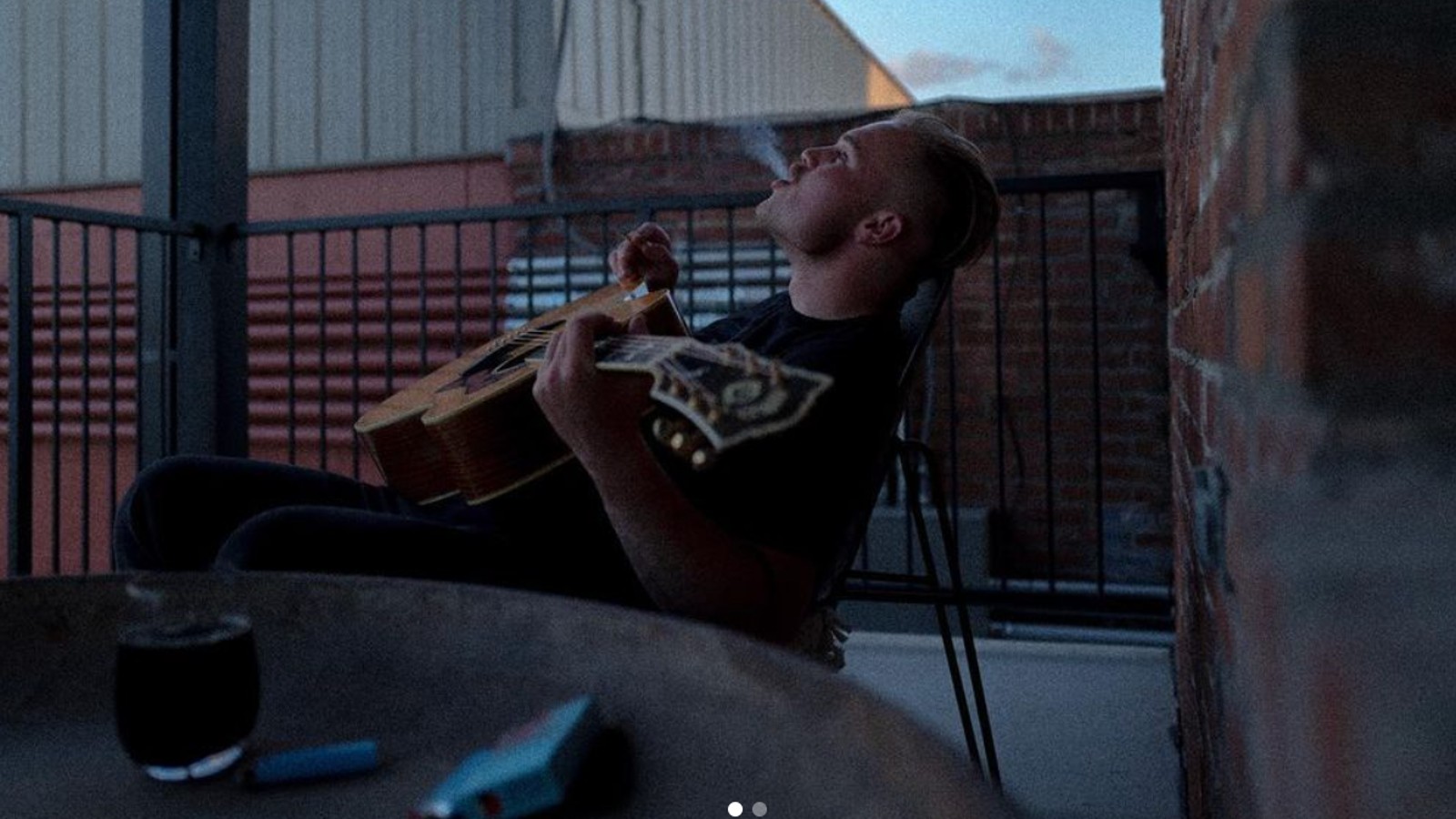 Best day ever. Singer and songwriter Zach Bryan has finally released his album American Heartbreak. I had high hopes for this 33-song, 1-poem project—and it exceeded every single one of my expectations.

American Heartbreak is one of the most anticipated albums in country music since Morgan Wallen‘s Dangerous: The Double Album, which was released in January of 2021. It sat behind Dangerous on Apple Music’s U.S. Country Albums chart prior to its release. Less than twelve hours after going public, American Heartbreak claimed the top slot.

It is a magnificent, heart wrenching project that is going to bring you to your highest and lowest points. The best way I can describe it is beautiful pain. You’re going to feel the worst heartbreak you ever had all over again; and you’re going to reminisce about the best moments of your life when you were on the ninth cloud.

One of my favorite sayings of all time is: without pain, how could we know joy? This is it. This is the album.

I refuse to compile a list of my favorite tracks from the album. I tried, narrowed it down to 11 songs, listened to the album again, and threw the list out the window. However, there are some lyrics that must be highlighted.

Zach Bryan is easily one the greatest lyricists of all time; and arguably the greatest modern lyricist. American Heartbreak is a quintessential demonstration of his abilities. Based off lyrics alone, it is the greatest project I have heard since Italian pop singer Ultimo‘s album Peter Pan.

The singles he released ahead of the album are comprised of incredibly profound lyrics—and it only scratched the surface of what was in store.

When Something in the Orange was first teased on TikTok, a few simple lines sent the social media platform into a frenzy:

I was fortunate enough to attend the Auburn Rodeo on April 23: the day after Something in the Orange was released. The song had been out an entire 36 hours and a crowd of twenty thousand people sang every single word. If one song’s lyrics can have that much of an impact… try 34 of them.

Zach explained in a preface to American Heartbreak: “The last five years of my life have been a true tall-tale from the loss of my mother, deployments to countries far from home, failure, success, a national tour, sunrises in Seattle, sunsets in New York, smiles in Tulsa, fights in Philadelphia, coast-lines, close-calls, mountains, rivers, flatlands, valleys, loss, love, healing, hurting, hating and forgiving. I did my best to fit all of that into this collection of songs.”

American Heartbreak is a judgement-free zone. You can be on top of the world, and at your lowest low. And both are okay. It is a compilation of stories: simple stories that reveal intricate emotions. The final track, This Road I Know, is a summation of this.

The poem, which Zach recites while strumming a guitar, epically encapsulates the raw, unfettered emotion engrossed in his work.

I could go on about how utterly gorgeous American Heartbreak is for a very long time. I will spare y’all the essay. But I cannot stress enough that everyone should listen to the album. Give it a shot. If it is not your typical kind of music, try it. Zach is not your typical singer-songwriter.

I wanted this album to be every bit as amazing as social media had collectively projected it to be; which made me fear I would be disappointed. Quite the opposite.

Now if you will excuse me, I am going to go listen to American Heartbreak again.

Today is the best day ever. Until tomorrow.