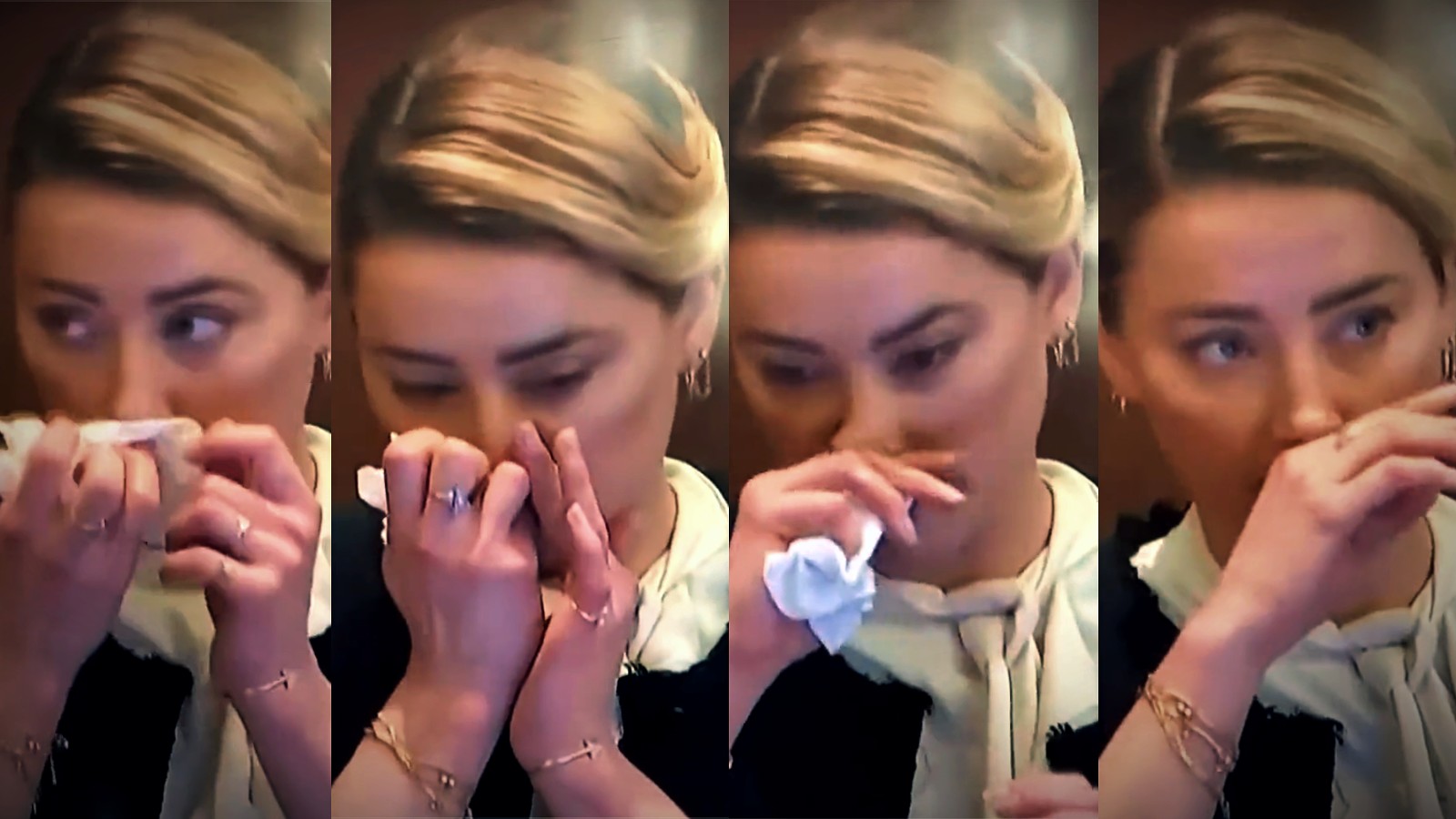 The Johnny Depp / Amber Heard trial has been quite the spectacle to say the least… Mostly thanks to Heard and her legal team.

Wait, was that hearsay?

Just when we thought things could not get any more mind numbing, Amber Heard herself took the stand to get high—we mean testify.

One video of Heard’s testimony in particular is stirring up a lot of controversy. In a fifteen second video clip, Heard holds a tissue to her nose in a rather strange manner. People immediately began asking: was she blowing her nose or doing blow?

Amber first looks to the judge, then moves her gaze down for a moment. She raises a tissue to her face, holding it in her right hand. She then holds down her left nostril with her left index finger. It is not clear if she inhales or exhales, but she immediately removes the tissue, looks away from the judge, and wipes her nose…with her hand? After just removing a tissue? She then wipes her nose with her hand once again and inhales through her right nostril.

Sniffing cocaine in a court room while testifying on national television would certainly be ballsy. Her behavior is simply too strange to let this one get brushed under the rug.

Especially after Heard’s private nurse Erin Falati testified. Falati’s notes during her time with Heard revealed that Heard had a history of substance abuse, “including an addiction to cocaine and liquor”.

But who knows, maybe that is just hearsay.