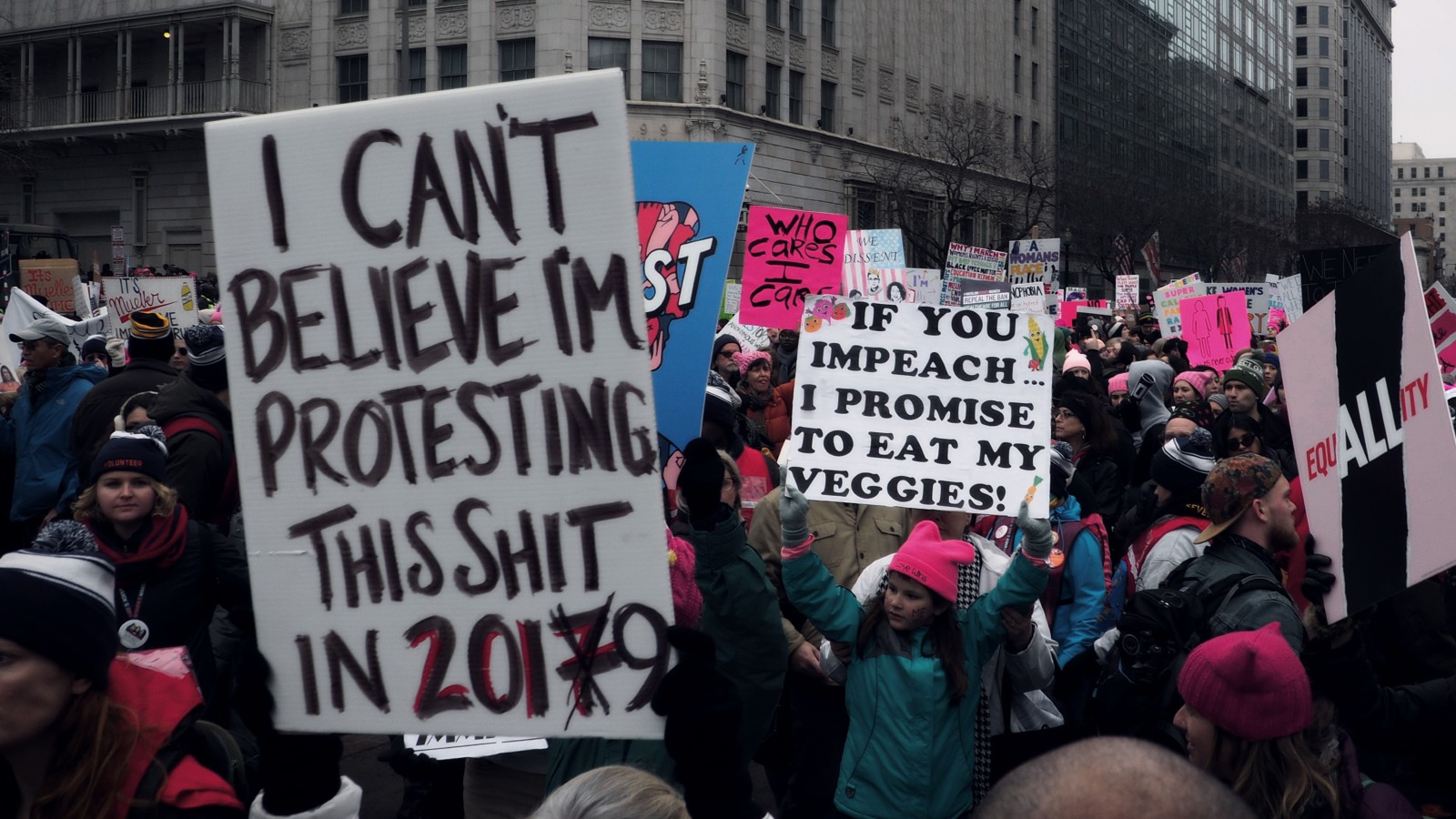 Genuine question: what is feminism currently doing that benefits women?

Encouraging them to amass student loan debt? Discouraging them from starting families? Widening the social gender gap by alienating men? Hyper sexualizing culture so our bodies are more of a qualifying factor than merit?

Take the #MeToo movement for example. One of the dumbest ideas women have had, and that’s saying a lot.

Women are passed over for jobs, work trips, promotions, opportunities because they are women—thanks to the MeToo movement. Men were hesitant to keep women close, as it was their word against the females. #BelieveAllWomen😤😩✊🏼

An accidental brush up that was falsely interpreted could result in a permanent mark on a perfectly harmless guy’s career. As a result, men avoid being in small groups or one on one with women. Why go through the hassle when they can simply stop hiring them?

Most feminist or majority-women movements lack thorough thought. If anyone took ten minutes to think through the future of the MeToo movement, this was a foreseeable outcome.

Similar to most liberal movements (i.e. whatever the ‘current thing’ is), the MeToo movement was a prime fundraising concept. How could anyone speak out against it? They would instantly be labeled sexist, misogynist, anti women, et cetera. Easy money from elites who live in fear of bad press.

The Johnny Depp / Amber Heard trial is a total mess brought on by the “believe all women” mantra. This trial should make every single individual, institution, and corporation that blindly pledged its allegiance to feminism and the MeToo movement to strongly reconsider.

I am not going to unpack the entirety of the trial; there is just far too much mind-numbing behavior and far too little evidence on Heard’s side to sort through. At this point in the trial, even Depp’s ex-girlfriends are taking his side. Yikes.

However there is one piece of evidence entered by Depp’s counsel that needs to be addressed.

Depp presented an audio tape of an alleged argument between himself and Heard, wherein his ex wife says: “See what the jury and judge thinks. Tell the world, Johnny. Tell them Johnny Depp– ‘I, Johnny Depp, a man, I’m a victim, too, of domestic violence and it’s a fair fight’. And see how many people believe or side with you.”

This is a quintessential example of how dangerous of a weapon feminism has become and how toxic the MeToo movement is.

Feminism has neither gender’s best interests at its helm. It is a movement that lacks compassion, mercy, and logic; a steamroller, ruining everything in its path in the name of “equity”.

More and more women I speak with, regardless of their political inclinations, denounce feminism. Publicly, feminism is widely supported thanks to mob mentality and the ever present fear that dissent will get you “cancelled”.

The mob only rules because we allow it to. Do not mislabel yourself a member of a culturally toxic movement in an effort to escape mean tweets.

I have lost the last remaining ounce of respect I harbored for feminists. This information is out there. There is no excuse to blanket-identify with a movement that sets the basis for behavior like that of Amber Heard; a movement that fosters resentment towards men; a movement that hinders the same gender it claims to unwaveringly support in effort to increase social tensions.