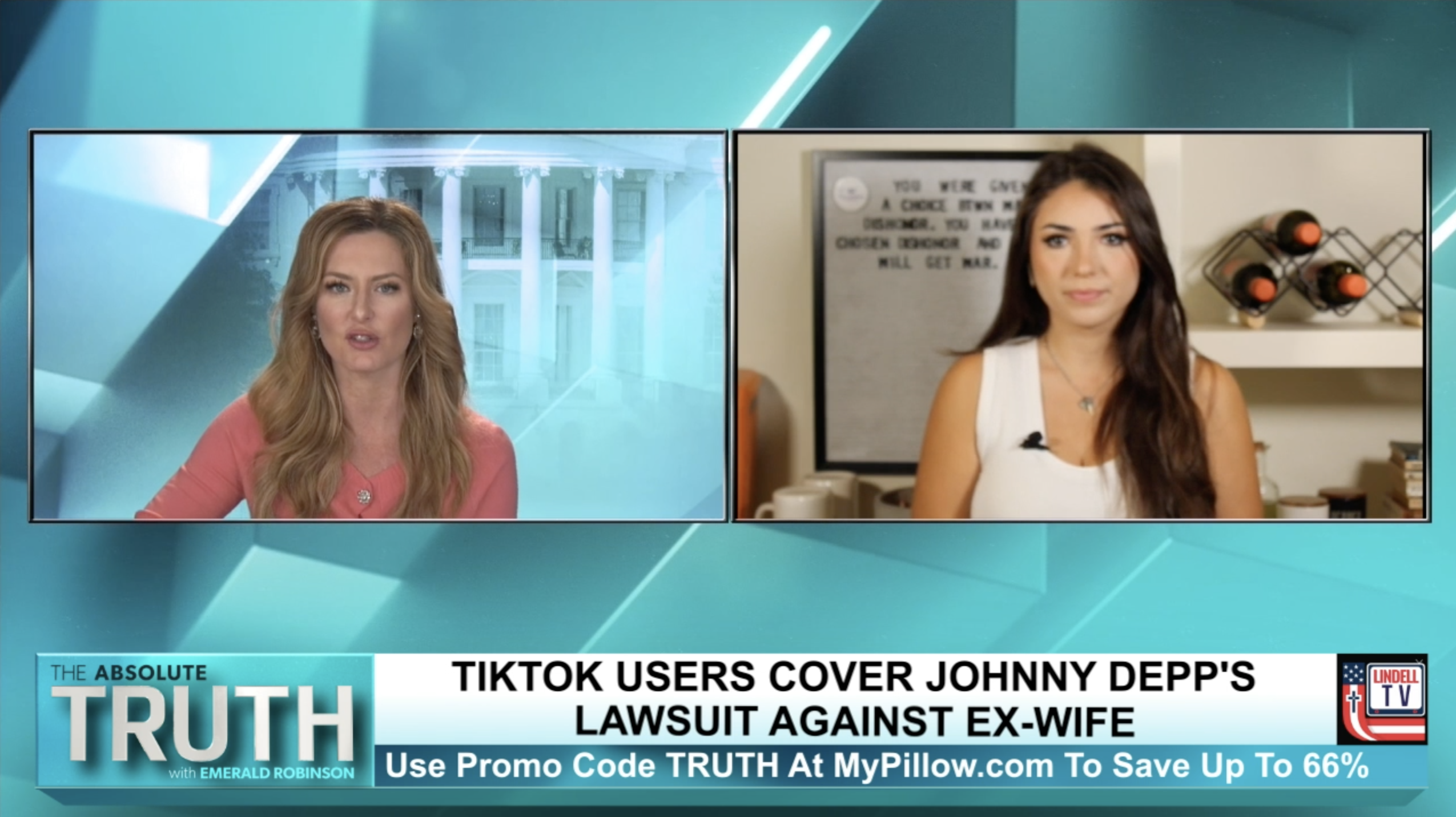 On Wednesday, Bucalupo‘s Editor-in-Chief Sofia Carbone joined The Absolute Truth with Emerald Robinson for her weekly “Libs on TikTok” segment. This episode, the two discussed TikTok’s reaction to the Johnny Depp / Amber Heard trial, as well as the larger implications the trial may—or should—have.

“It should have interesting implications,” Carbone said of the trial. “It should make everyone who has blindly pledged their allegiance to feminism, and the MeToo movement, and the ‘believe all women’ mantra to reconsider.”

“I definitely think that people should start to reconsider off of this: maybe we made a mistake by just saying ‘believe all women’.”

Carbone referenced the audio tape played by Depp’s lawyers during the trial that is allegedly an argument between Depp and Heard. “She says…’go ahead, accuse me of abuse. No one’s going to believe you’.”

“Our culture has gotten to such a toxic place just based off this ‘believe all women’ premise. We saw it with Kavanaugh, we’re seeing it with Depp, and it keeps happening again and again.”