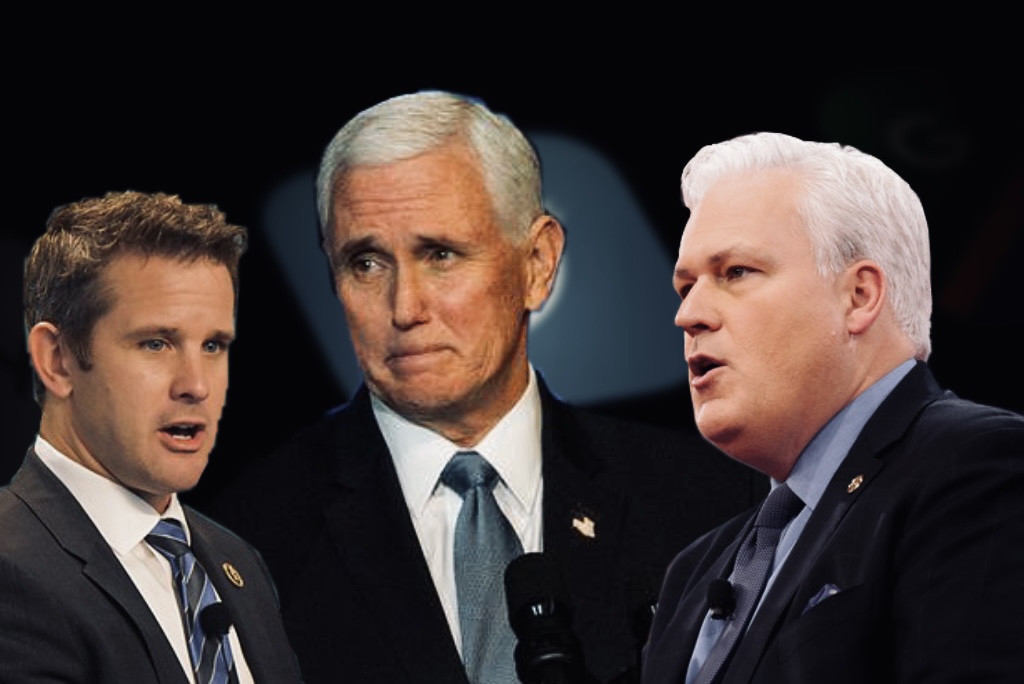 The former Vice President recently announced on Mornings with Maria that he is “not ruling out” a 2024 Presidential bid; saying “all of [his] focus is on 2022” for the time being.

“I think we have a historic opportunity to reclaim majorities in the House and Senate, to elect great Republican governors around America,” he said of this year’s November elections. “In 2024, I’m confident the Republican Party will nominate a candidate who will be the next President of the United States of America and at the right time, my family and I will reflect and consider how we might participate in that process.”

Pence, originally, was a Vice Presidential selection many were optimistic about; as he presented a reserved, polished balance to Donald Trump’s abrasive character. The hope was that a traditional politician who exuded Christian values would appease older, conventional voters.

As the administration progressed, however, and Trump resonated with an increasing number of Americans; Pence’s reservation began to be viewed as distasteful. The Vice President ultimately finished the term largely deemed a dissident of the America First crowd after his rhetoric and actions (or lack there of) surrounding both the 2020 election and January 6th.

Congressman Matt Gaetz recalled witnessing “the defeatism in [Pence’s] eyes and in his tone” during his final meeting with Pence at the conclusion of the Trump presidency. “I left quite disappointed,” Gaetz said.

Given Pence’s seeming betrayal of the Trump base, one could not image he would be even slightly popular—nonetheless enough to tease a Presidential bid to any avail.

Neoconservatives across the board hold the misconception they are popular amongst Americans because they are bolstered by groups such as Young Americans for Freedom (YAF) and Turning Point USA. No, Nikki Haley, your credentials just look good on a speaker list, securing donor funding. No one actually wants to listen to your foreign policy takes.

Speaking of neoconservatives who are propped up to loosen moderates’ pocketbooks, the American Conservative Union (ACU)’s Matt Schlapp certainly had a bad take of his own.

Incase you were unaware, there is a collegiate man (complete with a penis) “identifying” as a woman in order to compete in women’s swim competitions.

Not the women who have to share locker rooms with “Lia”. Not the women who lost qualifiers, titles, and scholarships because a man couldn’t win in his own divisions, decided he “felt” like he was born in the wrong body, and “identified” as a woman.

Just to be clear, we are talking about someone who has not undergone sex change surgery. He still has all his male parts in tact, as previously mentioned. Further, he claims to be a “lesbian”.

His female teammates have expressed they are extremely uncomfortable with “Lia” being in their locker room with his genitalia exposed, openly attracted to women. But Schlapp feels compassion for “Lia”; saying his “ability to swim with women” will make it “interesting to hear Lia’s [point of view] in 30 years”.

Not to be out done, RePuBLiCaN Congressman Adam Kinzinger also shoved his foot in his mouth this week.

Kinzinger, who is a member of the January 6th Congressional Committee (lol), angrily tweeted at Fox News host Tucker Carlson and UFC featherweight Bryce Mitchell over a segment on Tuesday’s episode of Tucker Carlson Tonight.

“The WW2 generation would love to slap him I’m sure,” Kinzinger said of Mitchell, who previous said in a press conference that he is “not going no where to fight none of these wars for these politicians. I’m staying at home, and when the war comes to Arkansas, I’ll dig my boots in the ground and I will die for everything I love.”

“Way to go @TuckerCarlson,” the Congressman adjusted his aim. “This is a new way to support Putin without being so obvious.” Neoconservatives such as Kinzinger are in blind allegiance with Ukraine. They do not have any policies or data—simply Ukraine. Slight deviance from or soft questioning of the narrative is seen as pro Putin.

Foreign policy aside, the real kicker was Kinzinger’s attack on Mitchell’s character.

“Side note to this kid,” the Congressman bravely tweeted, “please just stay here and entertain. Nobody is asking you to fight for your country. There are far braver men and women that will do that, even in Arkansas.”

Mitchell, as previously mentioned, is a UFC featherweight coming off of a recent win in Las Vegas. Not one we would elect to call into question their bravery or willingness to fight.

There are no shortage of blue checks on Twitter taking L’s, but this batch of neoconservatives were the highlights of our week.