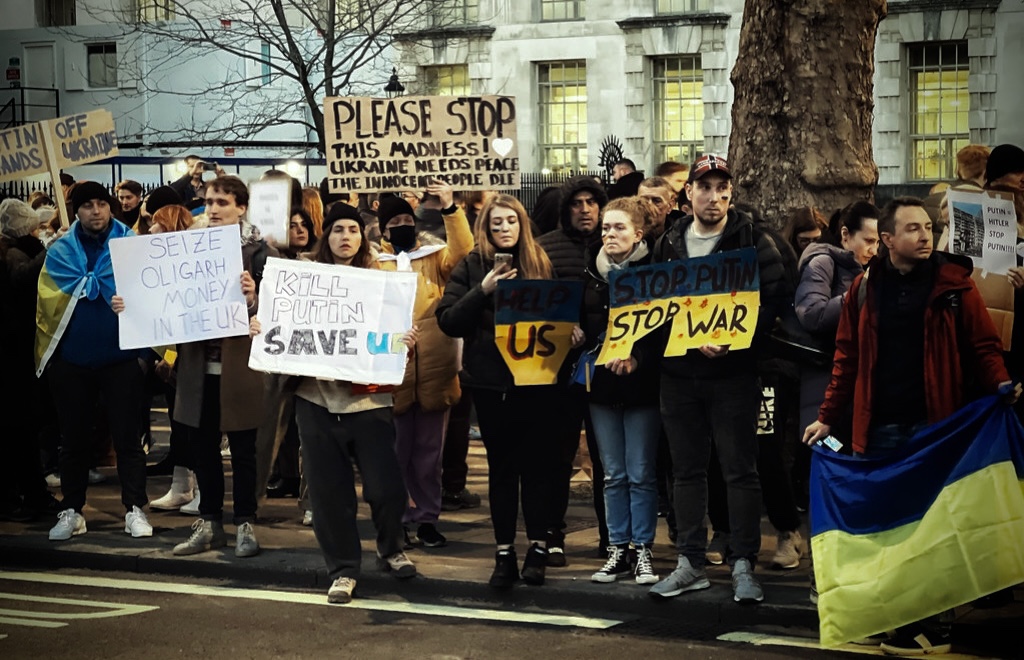 There is absolutely no reason for the conservative messaging to be as abhorrently pro Ukraine as it is. Not only can Americans not pick out Ukraine on a map, it is simply not a nation worth simping for.

Ukraine is not a democracy. Zelensky is President because he arrested his opponent in the dEmOcRaTiC elections and threatened to suppress further opposition. Conservatives spent years critical of his wildly corrupt administration. Now, they praise it; despite the fact Ukraine practices nor preaches few, if any, American values.

Why liberals shill for Ukraine, I totally understand. They fundamentally hate America and everything she stands for. The same applies for neoconservatives, whose favorite pastime is virtue signaling with our military. But when it comes to your run-of-the-mill conservative, getting on their knees for Ukraine makes zero sense.

I know, everyone is supposed to hate Putin with every ounce of our being because “short Slavic man bad”! But you can actually stand against Russia without propping up Ukraine on a pedestal—and it is really not that fine of a line between the two.

Sure, you can do both. And—thanks to a narrative the mainstream media has been hammering for the past decade coupled with Ukraine’s very impressive psyops—many are doing just that.

After all, it is the same rhetoric the left and neoconservatives use when it comes to the LGBT community, feminism, and every other single issue: if you don’t support ‘A’ in its entirety and hate ‘B’ in its entirety, you’re a racist, homophobic, evil person.

In other words: not only do you have to support Ukraine unwaveringly, but you also have to hate Putin and Russia whole heartedly. You cannot negotiate, ask questions, or concede the tiniest talking point. You must pledge total allegiance to the establishment’s ideology; an ideology so far removed from reality and so out of touch with culture.

I am going to say it: Russia is not the biggest issue here. Both Iran and China are much bigger direct threats to the United States.

International conflict has been a consistent part of civilization throughout recorded history. With the exception of China and Taiwan, many people under the age of 40 have no first hand recollection of military conflict outside of the Middle East.

Putin is not as trigger-happy as the media would like you to think.

It is clear that elites with security clearances are not as concerned about a nuclear World War as the average American they have spoon fed propaganda to. Otherwise all national lawmakers would not gather in a singular building in Washington, D.C. to hear Biden mumble incoherently while Russia has 6,000 nuclear warheads.

The left and its “Republican” cohorts just need an excuse to keep the Russiagate conspiracies alive; slandering anyone not blindly shilling for Ukraine as pro war, unAmerican, and a Russian spy. Meanwhile those same people parade around with an American flag desecrated with the colors of one of the most corrupt countries in the world, that has been in bed with the Biden camp for over a decade.

But, yes, the “not our war”, America First crowd are the unAmerican spies. 🥴👍🏼

Though not surprising this is what the Ukraine rhetoric has come to, it remains appalling.

Conservatives live in constant fear of being called a bad name by the opposition they are willing to throw away their morals and values.

This is why we lose—Americans lost all faith and hope in politicians.

Grow a pair and stand up for your own country and her values.