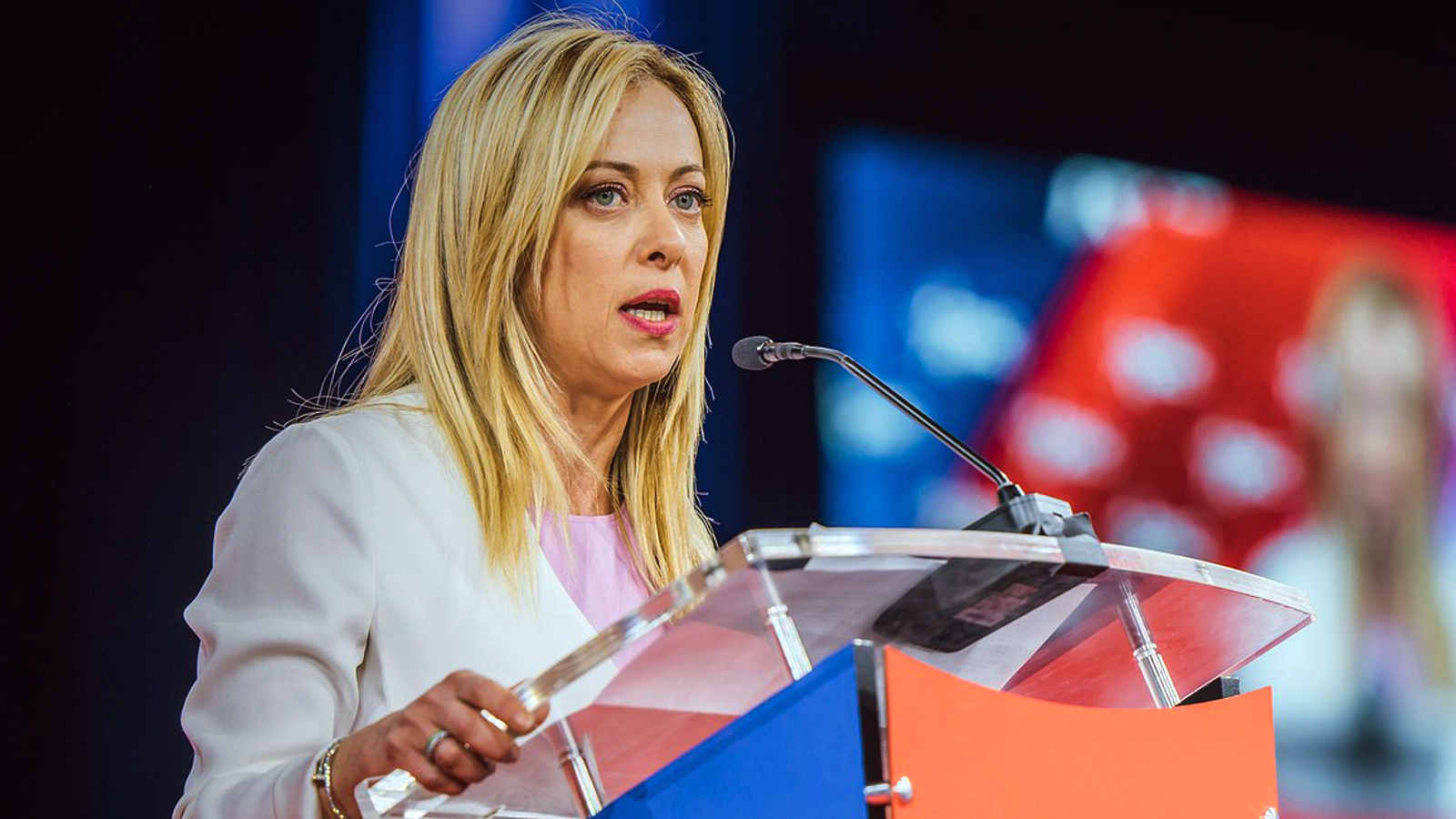 The head of Italy‘s Fratelli d’Italia (or Brothers of Italy) Party and President of the European Conservative Party, Giorgia Meloni took the stage at the Conservative Political Action Conference (CPAC) in Orlando, Florida earlier today. The Italian politician ventured across the Atlantic to talk to Americans about unity in the Western World.

“I was supposed to fly from Italy only a few hours after Russia started bombing Ukraine,” Meloni began her address. “And I must confess that I have mixed feelings about whether to leave or give up being here with you at CPAC. In the end, I decided to be here. Because faced with this unacceptable attack, being here is the best way to clarify where we stand on this conflict… We are on the side of freedom; and, indeed, we are on the side of a proud nation that is teaching the world what it means to fight for freedom.”

“When it comes to defending strategic interests…a display of weakness is not an option. The ancient Romans used to say…’if you want peace, prepare for war’.” She reiterated that “today is a time to be united and take a stand. We very well know that our side is the Western world.”

Meloni elaborated on the growth of conservatism in Italy, Europe, and beyond since her last time appearing on the CPAC stage.

Meloni is known as many things, and afraid is not one. She is unapologetically center-right, and unapologetically herself. “We are going to say it loud. We are not going to care about the labels we stick upon us. We are fed up [with] a left that presumes to lecture us even on what the right should be, what it should do, how it should behave, and even how it should define itself. The left would do better to try recovering its own identity. We on the right know exactly who we are and what we stand for.”