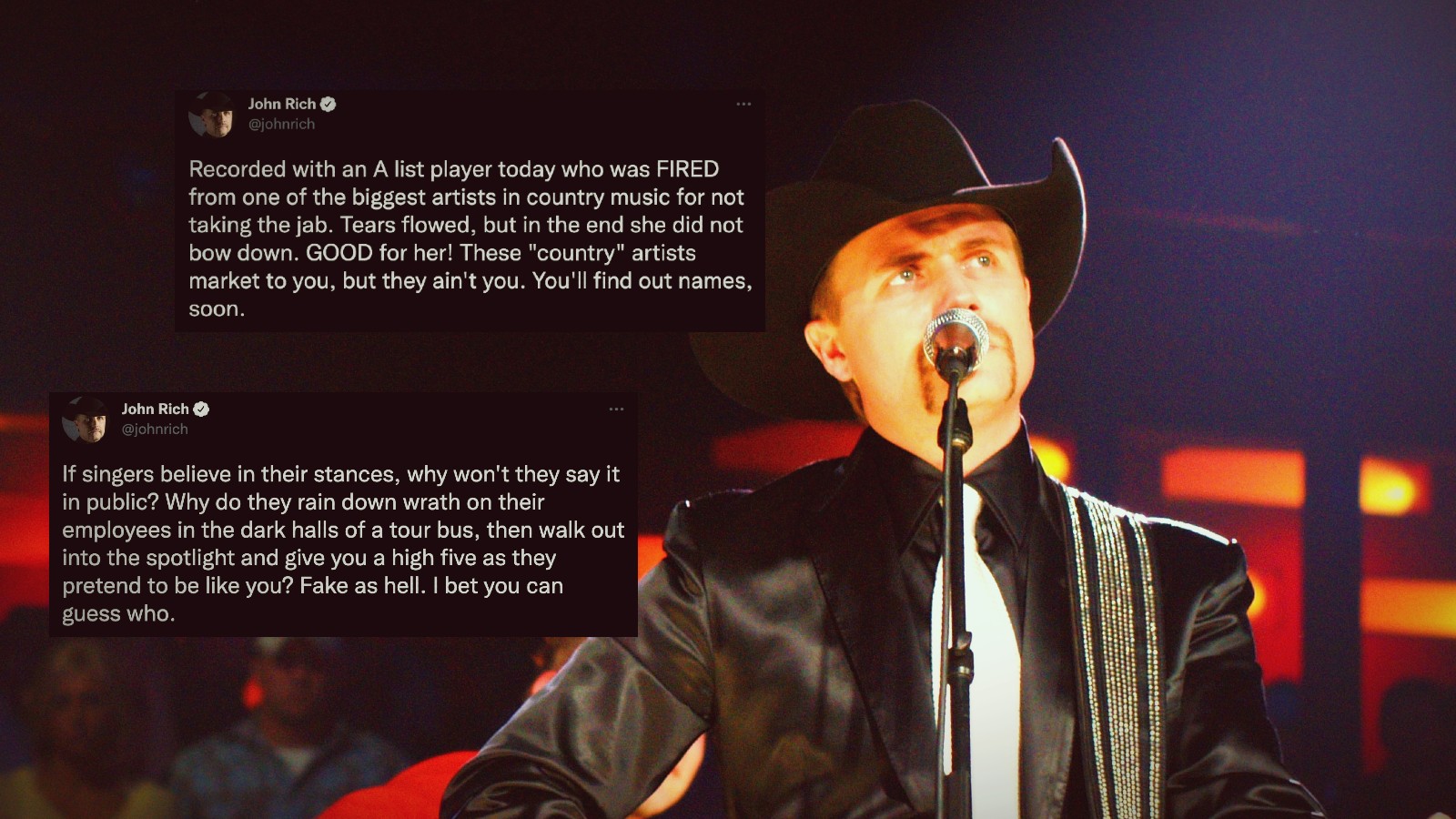 Country music star John Rich, best known for being one half of Big & Rich, is threatening to name names regarding “fake as hell” country singers in a series of tweets he posted Wednesday.

“These ‘country’ artists market to you, but they ain’t you,” Rich said. “Why do they rain down wrath on their employees in the dark halls of a tour bus, then walk out into the spotlight and give you a high five as they pretend to be like you? Fake as hell.”

He referenced one artist in particular: “recorded with an A list player today who was FIRED from one of the biggest artists in country music for not taking the jab. Tears flowed, but in the end she did not bow down. GOOD for her!”

Rich has thus far not identified the two-faced performers, though he vowed “you’ll find out names, soon… I bet you can guess who.”

If Big & Rich sounds familiar, it is because they are responsible for a number of country hits; including Save A Horse (Ride A Cowboy) and Fake ID.

In addition to being a country sensation, Rich has also gained traction in the political realm. He is very vocal on his Twitter account. He weighs in heavily on politics in Tennessee, as well as on the national and even international levels.

Country music, which has had the connotation of being fairly conservative, has fallen under political scrutiny in the past year. The genre began appearing as though it may lean left, especially when the industry attempted to cancel Morgan Wallen.

From there, the discussion morphed into whether or not artists truly supported their blue collar, Republican-leaning base. Venues began to require vaccine cards, barring many fans from attending shows.

Many are waiting for John Rich to start name dropping. Country music fans are eager to see which of their favorite singers live up their cowboy reputation and which are just playing a character.