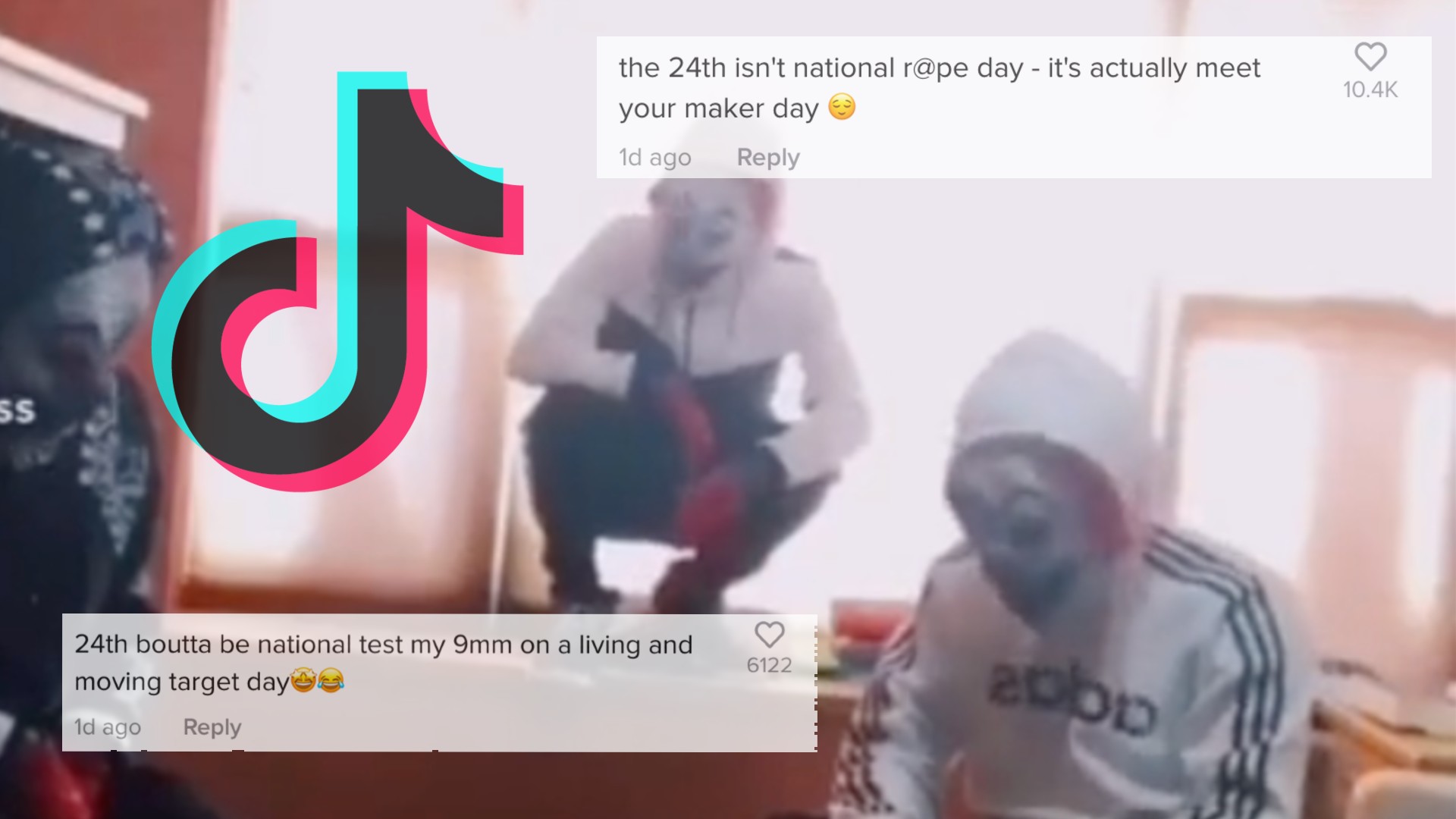 A group of anonymous TikTok users began a ‘trend’ alleging that on April 24, 2021 you are not only allowed to sexually assault someone, but they encourage the act.

One video, posted by britneytheblonde, explains that “a group of six men on TikTok have reportedly designated April 24th as a ‘national day’ for carrying out sexual assault. They have claimed that on April 24, 2021, it’s legal to sexually assault anybody—and they even provided us tips on how to do so. It’s unclear who is responsible for starting the trend (or whether it was a joke) at this point. However, a number of social media users have been making TikTok videos to help get the word out that this “national day” could pose a threat.”

Most videos pertaining to the controversy are in effort to warn users, particularly women; express their disapproval; and even threaten those who attempt to partake in the trend. Men—many of whom are fathers, husbands, and brothers—have publicly said they will go to jail for defending women from potential predators. Some women on the platform have even dared men to try and carry out an assault on them, making it very clear they are armed.

The comments section of the anti rape day videos are filled with Second Amendment advocates ready to act if need be. “The 24th isn’t national r@pe day – it’s actually national meet your maker day😌,” @r_inaaara wrote. Another user, @ic3cat1088, said that April 24th is “boutta be national test my 9mm on a living and moving target day🤩😂.”

In an email to USA Today, a spokesperson from TikTok explained: “keeping our community safe is our priority, and we do not tolerate content that promotes or glorifies non-consensual sexual acts including rape and sexual assault… While we have not found evidence on our platform of any videos related to this subject, our safety team is remaining vigilant and we will remove content that violates our policies.”