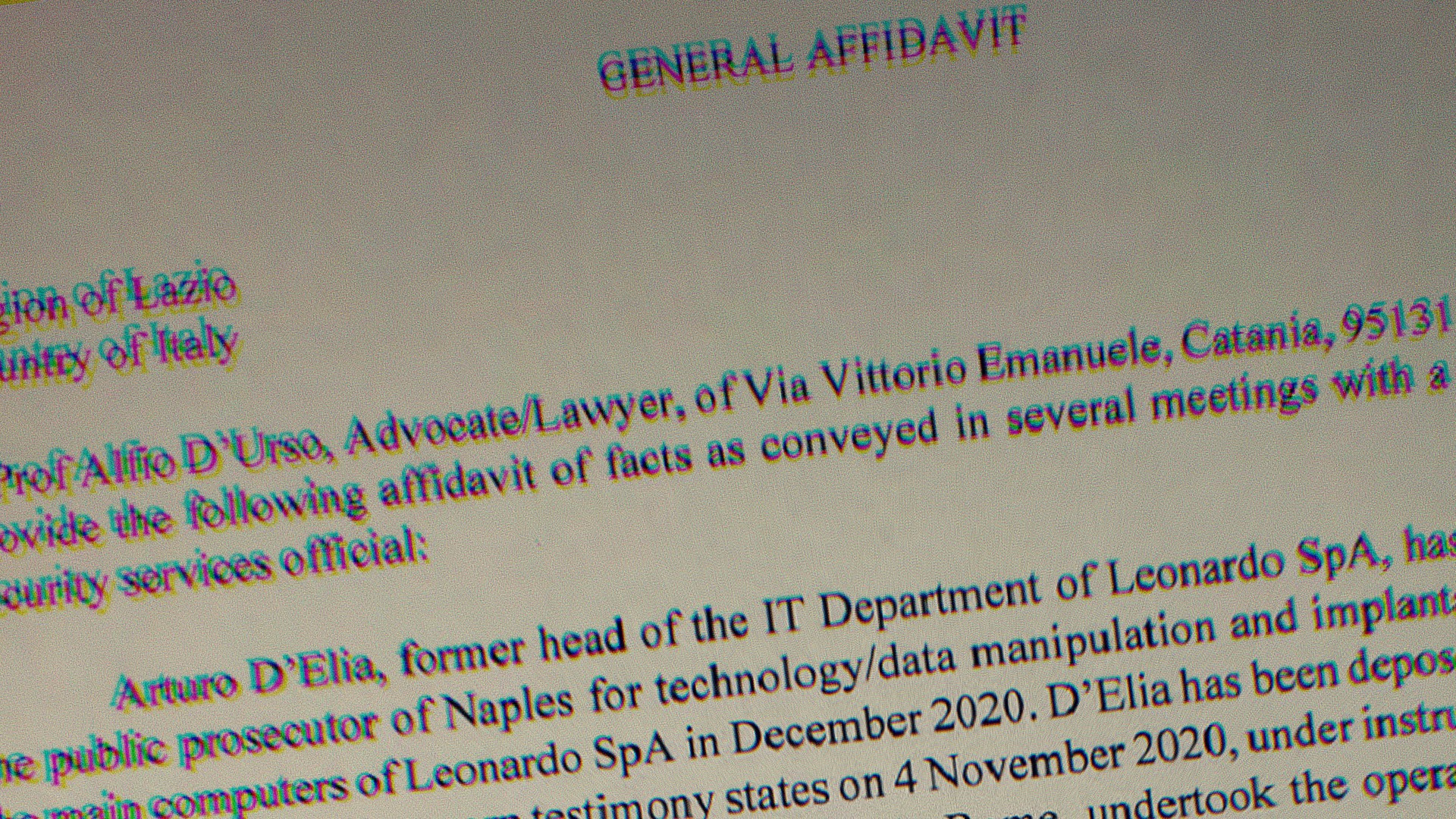 According to a photograph of what is alleged to be a singed affidavit, the former head of Italian aerospace company Leonardo S.p.A’s information technology department Arturo D’Elia has been charged in Naples for his interference in the 2020 United States presidential election. The official charges issued in December of 2020 are “technology/data manipulation and implantation of viruses in the main computers of Leonardo S.p.A.”

“On 4 November 2020, under instruction and direction of US persons working from the US Embassy in Rome, [D’Elia] undertook the operation to switch data from the US elections of 3 November 2020 from significant margin victory for Donald Trump to Joe Biden in a number of states where Joe Biden was losing the vote total,” the affidavit circumstantiated. “Defendant stated he was working in the Pescara facility of Leonard SpA and utilized military grade cyber warfare encryption capabilities to transmit switched votes via the military satellite of Fucino Tower to Frankfurt Germany.” D’Elia even explained that “the data in some cases may have been switched to represent more than the total voters registered.”

D’Elia “is willing to testify to all individuals and entities involved in the switching of votes from Donald Trump to Joe Biden when he shall be in total protection for himself and his family” and “states he has secured in an undisclosed location the backup of the original data and data switched upon instruction to provide evidence at court.”