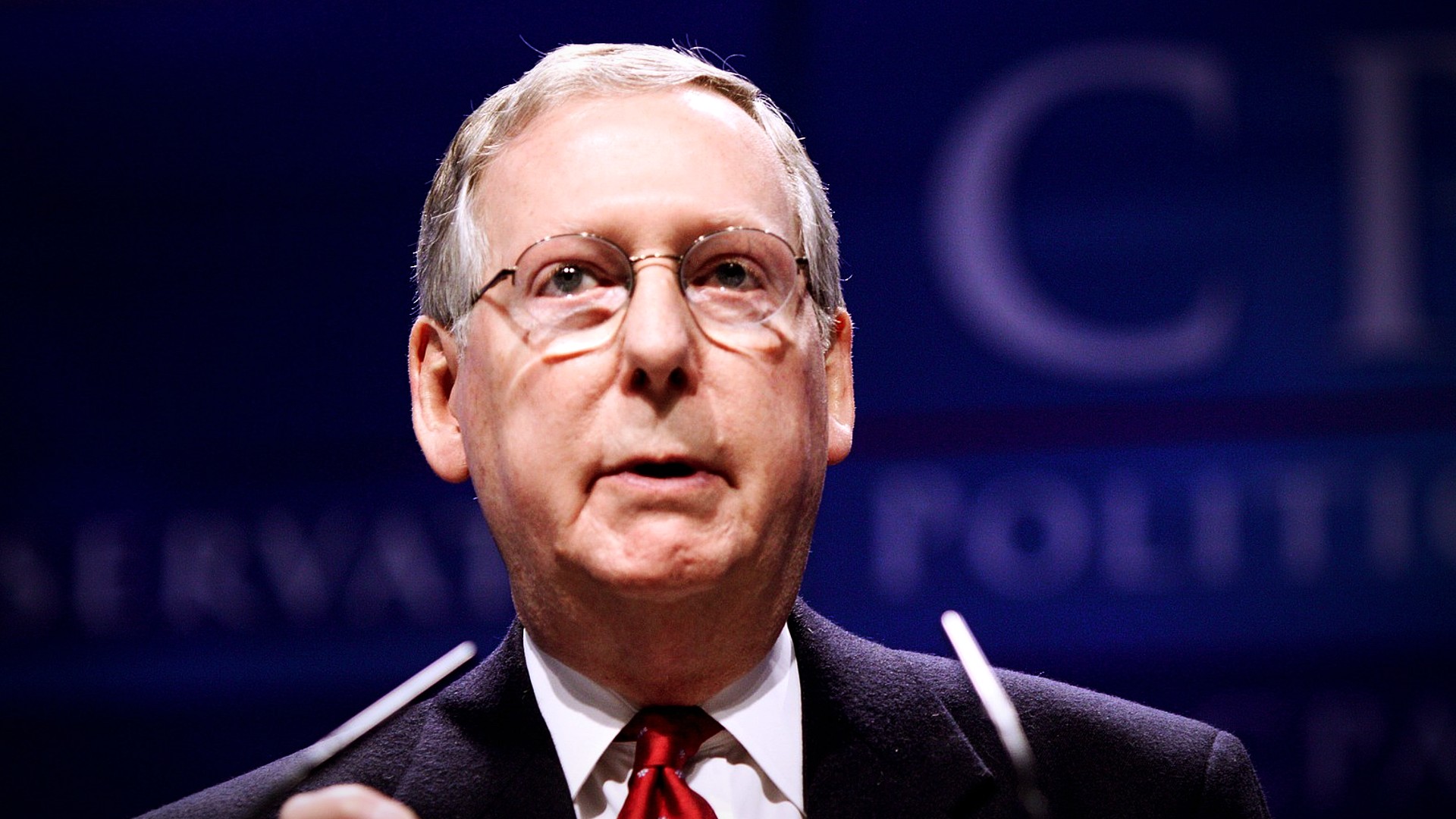 Where is McConnell? McCarthy? Barr? One of the most important Presidential elections in our nation’s history is being stolen right out from under us—and so-called Republican “leaders” are no where to be found.

The GOP establishment has never been so quiet. Neither have the White House, Department of Justice, and FBI for that matter.

Where are the press briefings from Kayleigh McEnany? Why isn’t Donald Trump holding a Pennsylvania rally as soon as possible? Where are the Republican senators?

Darren Beattie of Revolver News tweeted that he was informed by a White House official “Rick Scott and Marsha Blackburn are talking about Taiwan and Hong Kong… Little rand hasn’t tweeted anything. Lil’ Marco is counter signaling. McConnell has a blackout on this.” Even Lindsey Graham, chair of the Senate Judiciary Committee, is silent. The only Republican senators who have spoken out about the election fraud are Ted Cruz and Josh Hawley. The GOP largely appears to have abandoned the President, and subsequently the American people, to forward their own interests in preparation for a Biden (well, really Harris) presidency.

“Obvious McConnell wants Trump to lose for many reasons,” Beattie says, “including having more power under Biden presidency. he has everything he wants: senate, SC justices, judges, etc. two years from now he’s probably thinking he would gain seats in midterms during Biden presidency.”

Few people close to the President seem to care about the Democrat’s fraudulent activities. Amongst them are Rudy Giuliani, Eric Trump, and Jason Miller, who have led a strong anti-fraud movement on the ground in Philadelphia starting November 4th. Another good actor is Former Acting Director of U.S. National Intelligence Ric Grenell, who has been focusing on securing Nevada. In Arizona, a crucial state on Trump’s pathway to victory, the only directly Trump-related event is a press conference hosted by David Bossie, Jeff Dewit, Kelly Ward, and Debbie Lesko.

Republicans’ silence on the issue is deafening. It speaks volumes about their priorities and allegiances—and it will not be forgotten. Establishment types and never-Trumpers have proven themselves incapable of setting aside policy differences to fight for the integrity and preservation of our constitutional republic.

“Every Republican ought to be standing up right now and demanding election integrity,” CEO of ChangeUp Media Benjamin Weingarten tweeted. “This is about more than any one election, it’s about our constitutional republic. If you’re a member of the political establishment and you don’t support the president, your silence here will come back to haunt you when it’s you the Democrats want destroyed. It’s time to get in the game, right now.”

There is a silver-lining to the silence: it has separated those who truly support the President, nation, and America-first movement; and those who solely wish to enrich themselves. The past 72 hours have brought the inter party rift between the America-first conservatives and remainder of the right to another level.

While Mitch McConnell and his GOP sheep remain silent, author and filmmaker Mike Cernovich was on the ground in Arizona by Wednesday evening. OANN‘s Jack Posobiec, author Harlan Hill, and Trump allies across the nation have taken it upon themselves to organize and mobilize independently from the campaign, administration, and Republican National Committee. This is admirable and impressive work by all involved, but why do private citizens have to do what the Senate Majority Leader won’t? Why is there more organization and action by private citizens than any official political institution?

This exposure should be a wakeup call: it is time for the GOP to be seriously held accountable and once again work for the American people. This is what the entire Trump movement was founded on. Donald Trump did not save this party or this nation to allow establishment Republicans to turn their backs on the American voters in this time of need—many of whom, by the way, were elected because they aligned them selves with and were endorsed by Trump.

America-first conservatives need not only identify those within the Republican party who fail to fight for the President and his supporters, but must devise strategies—both short and long term—to indeed hold them accountable.

Per one of Beattie’s congressional sources: “Congressional offices are being flooded by constituents demanding that GOP elected officials act now to stop the vote fraud.” This is a great first step. However a phone call to a staffer is not going to reverse what is years of corruption and self interests.

Breitbart‘s senior tech correspondent Allum Bokhari suggested the President “call every GOP senator who isn’t speaking out and threaten to campaign on behalf of their primary opponents in 2022 & 2024.”

Have we reached the point where the only way to bring the GOP to the negotiation table with the America-first faction of the right is by running spoiler third party candidates in the 2022 midterms? Quite possibly.