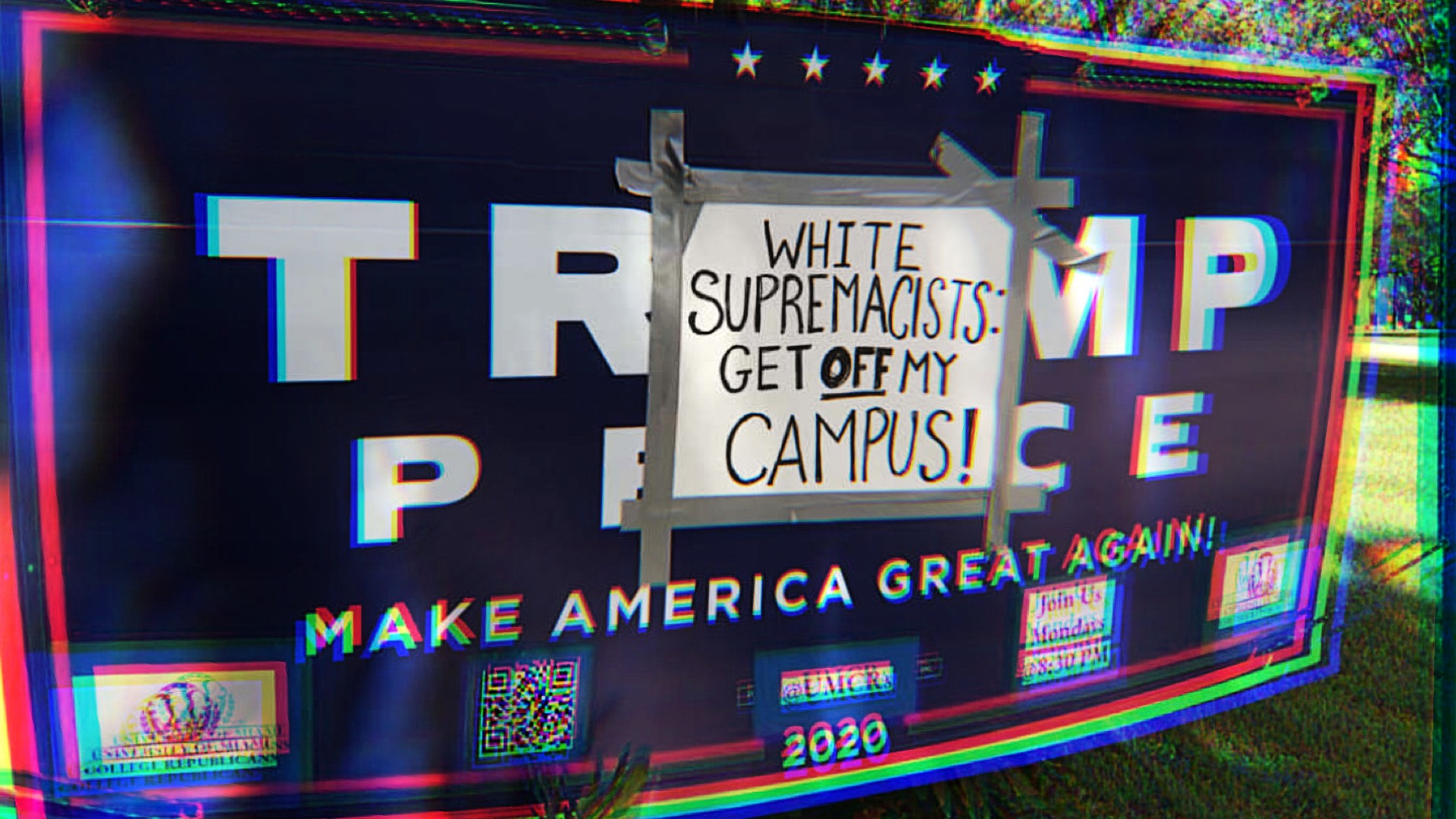 On Monday the University of Miami College Republicans hung a sign in support of President Trump’s reelection in the campus’ central courtyard. Within hours the sign was vandalized multiple times by students before being removed and discarded by a faculty member—despite the young Republican group getting approval from the university to display the advertisement.

“The first incident occurred when a student defaced the sign with a poster stating ‘White supremacists get off my campus!'” the University of Miami College Republicans told Bucalupo. “After removal, the sign was then vandalized by splatters of black paint. The following morning, we received a tip from a student who witnessed a woman, later identified as faculty, taking down the sign and disposing of it in a nearby dumpster.”

In a recent Instagram post on the matter, the group states that “police reports have been filed and cameras are watching.”

Despite the faculty member’s actions, the Republican organization says both the university and its police department are extremely cooperative. Julio Frenk, the President of UM issued a statement on Tuesday condemning the vandalism and removal as an “unacceptable act of disrespect,” assuring students that “those found responsible will be held accountable.”

“Our strength is found in our relentless pursuit of truth and our steadfast respect for one another,” Frenk said. “Any behavior that seeks to silence opinions is anathema to who we are at the University of Miami. Indeed, the only way we can each feel safe and heard is to offer the same freedom of expression we want for ourselves to those whose views are different from our own.”

However the sign controversy is, unfortunately, not an isolated incident of political discrimination on campus. Members of the College Republican group are regularly harassed by fellow students.

As institutions for higher education across the country are monopolized by the far-left, conservative students’ First Amendment rights are diminishing. Once lauded for their preservation of free speech and encouragement of debate, colleges and universities work to silence dissenting views.