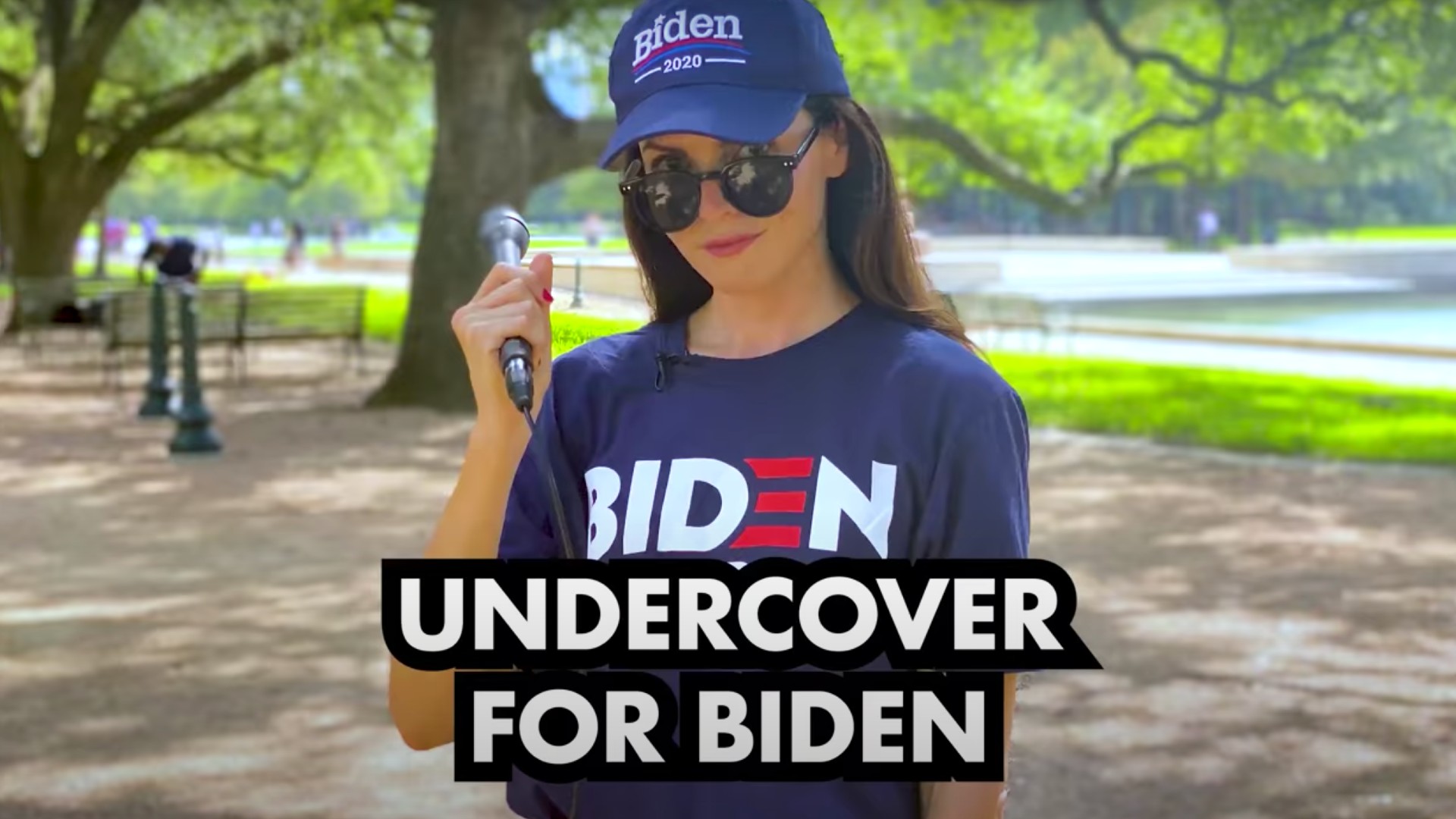 Her hope was to get interviews with Biden supporters, who typically opt out given her usual attire, to find out why they planned on voting for the former Vice President—aside from their hatred of President Trump. “If the polls are accurate this shouldn’t be hard,” she explained.

The reaction she got, however, shattered her expectations.

People told VandenBerghe they were voting—but refused to say for who. With many, she didn’t even get that far: they distanced themselves from her immediately upon seeing her attire.

“This is one of the most sad videos I’ve ever made,” she said, struggling to find someone who would stop and talk with her. “This is actually sad.”

“I feel like a lot of the people that are saying ‘no, I’m not going to interview with you,’ are just repulsed by my outfit.” VandenBerghe explained she believes that means “they’re a closet Trump supporter. They’re not going to come out. They’re not going to be on camera. They don’t want to say that they support President Trump. But those people are the silent majority.”

When asked if he was voting for Biden, one man said: “not on my life.”

“I’m getting a lot of that out here,” she said, adding that “this is a Democrat area.”

Eventually VandenBerghe was able to find Biden supporters willing to talk. However, they were not able to name a single accomplishment of Biden’s during his 47 years in office… other than that he was “in the room” for the passing of Obamacare.

One individual blatantly admitted that “if he hasn’t been connected to Obama, I probably wouldn’t know very much about him.”