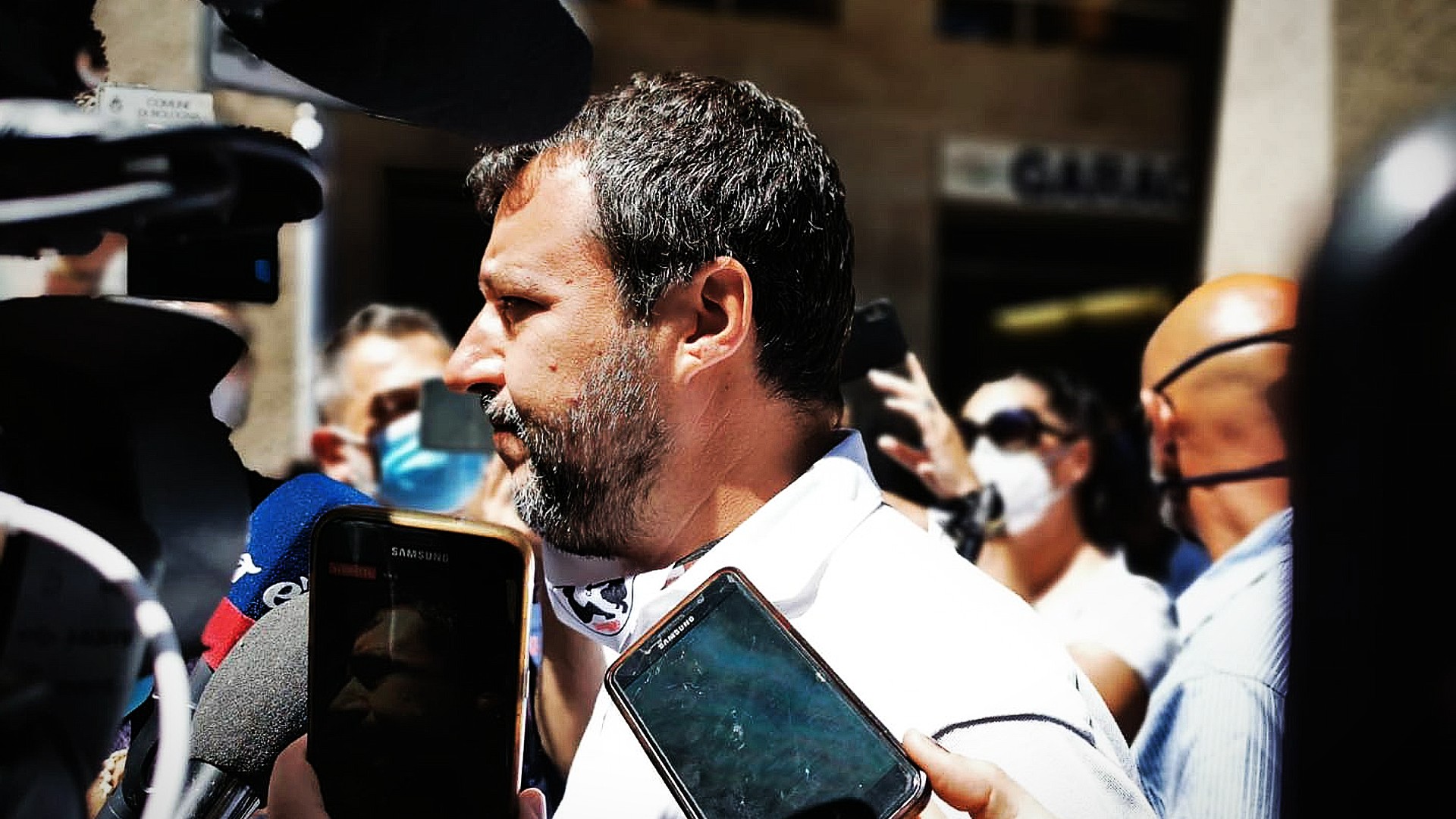 Matteo Salvini, Captain of the center-right League, is being tried in Catania, Sicily on Saturday for kidnapping charges stemming from his tenure as Interior Minister under the previous government. While in power, the now-Senator attempted to close the nation’s ports in effort to reduce illegal immigration. This resulted in a three-day delay of the disembarkation of multiple boats full of illegals.

Last I checked, you are usually put on trial for committing an illegal act, not trying to stop one.

But given the center-right’s—and especially the League’s—impressive performance in recent polls and elections, it has become clear to the center-left government headed by Giuseppe Conte that they will not be able to defeat Salvini at the ballot box. In a desperate attempt to maintain power, they have taken the fight to the courts.

“I will plead guilty to defending Italy and the Italians,” Salvini declared, standing firmly against the preposterous charges.

To garner support for their Captain leading up to his trial, the League launched the ‘Processate Anche Me’ (try me too) campaign thirty days ago. Within twenty-four hours, the hashtag topped Twitter’s trending section in Italy.

Salvini has received support from his fellow center-right parties, including Georgia Meloni’s Brothers of Italy and Silvio Berlusconi’s Forza Italia. Both are in attendance Saturday morning in Catania at the League’s pre-trial rally.

The support for the Senator spreads far beyond Italy’s borders. Many conservative U.S. Congressional candidates are taking to Twitter to voice their support using the hashtag ‘#IoStoConSalvini‘ (meaning ‘I am with Salvini‘).