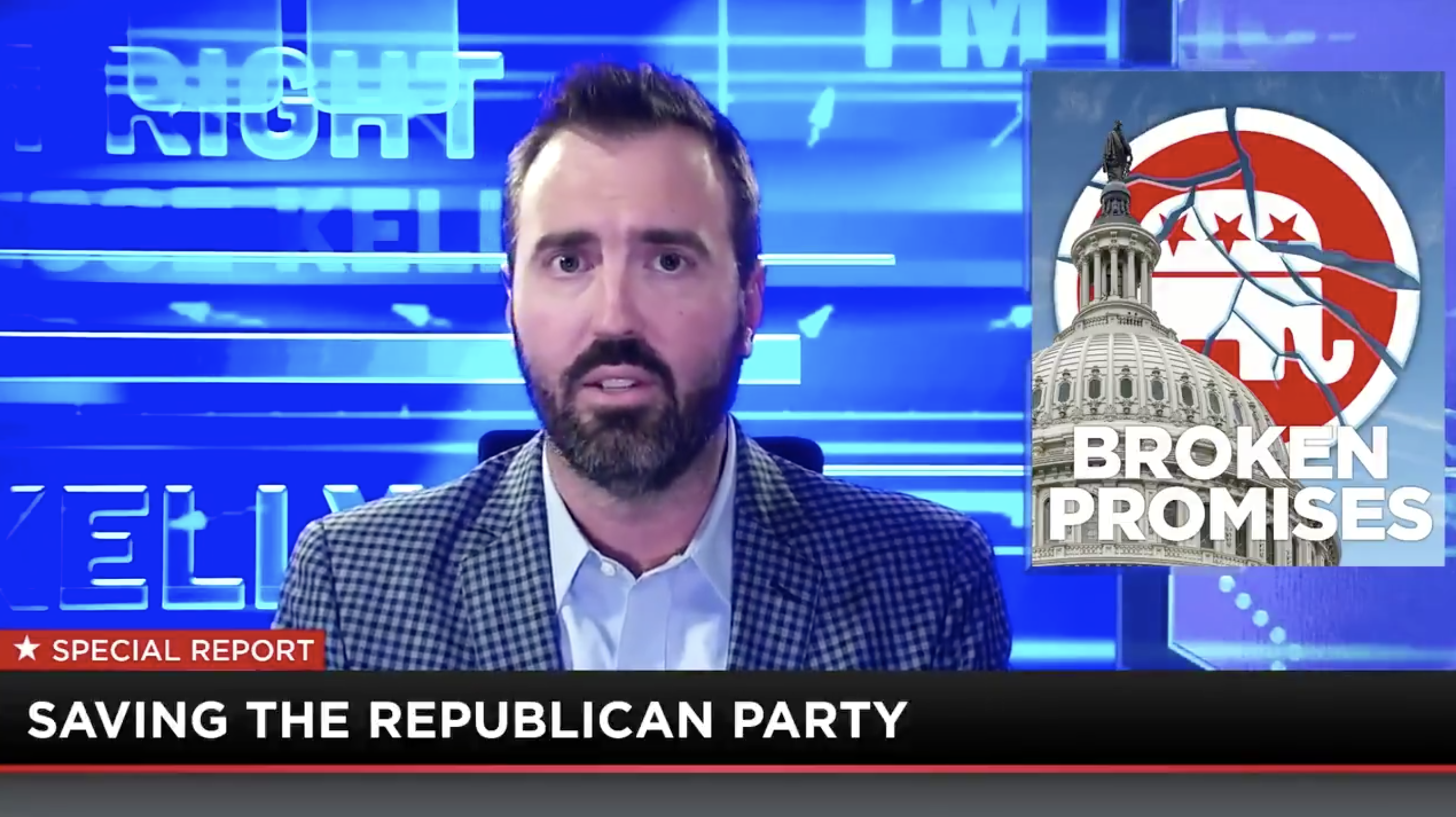 “Lot of people who started this brushfire are out here now acting like firemen,” Jesse Kelly slammed the GOP over their poor and delayed messaging on Monday.

“The @GOP didn’t come out heavily pro-cop until it started polling well,” the radio show host explained. “They were all about that ‘WE NEED POLICE REFORM!’ life early on. Because they’re weak and scared.”

He then retweeted Jared Chambers, who added that the messaging was the “same with COVID hysteria and lockdowns, too. Often the same people. And not just establishment or elected GOP.”

Shortly thereafter, Kelly also asserted on the platform that “modern politics is watching Leftists set the house on fire and the GOP responding by asking them if they can just burn the living room instead of the whole house.”

“It sounds like Jesse is being hyperbolic,” the Washington Examiner‘s Tiana Lowe said, “until you look at the history of our national debt.”

Kelly is no stranger to holding the GOP accountable.

The radio show host has consistently expressed his disapproval of the party’s inadequate messaging, nonetheless action; particularly in regards to coronavirus and the Black Lives Matter and Antifa riots erupting nationwide.

“The current GOP in this country, it disgusts me. It’s not good enough,” he said last month on his show I’m Right. “The GOP weakness—and sometimes just flat out coming alongside the left and…helping them along—it’s shocking. The left is here in its final form and we’ve never been weaker. We’ve never been more scared.”

“In times like this, what do you have to lose?” Kelly asked. He encouraged the GOP to “be bold.”

“Are we really going to watch America burn and twist ourself into knots trying to make the truth more appealing to soccer moms? Is that what this party is now? Do you think soccer moms are all about some weak, mealy mouthed response in Washington, D.C.? Or do you think they will follow bold leadership like everyone else does?”