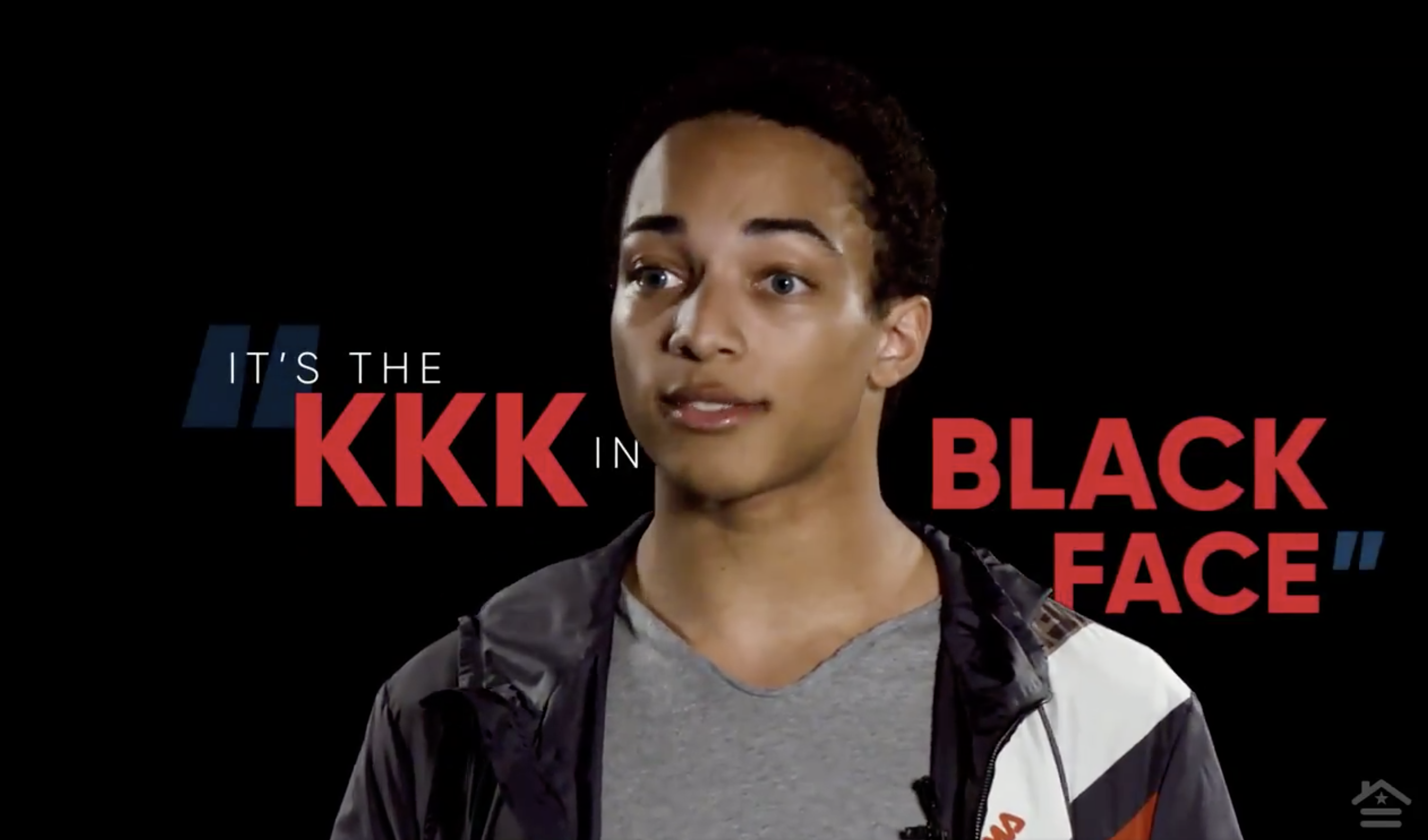 “Anyone who honestly cares about black people could not support Black Lives Matter,” Christian Walker, son of former professional football player Herschel Walker, asserted in a video for the Log Cabin Republicans.

“It’s a terrorist organization,” he said. Walker stated that he believes “it’s the KKK in blackface.”

The 20-year old from Los Angeles released the video as part of the Log Cabin Republicans’ OUTspoken project on Monday.

In the video, he explained that if you “go on Black Lives Matter’s website, they hate western civilization; they hate our society; and really, to me, they hate black men—they want to destroy the nuclear family.”

“Change your name to policehaters.com, because that’s what you do: you hate police,” Walker said. “Black Lives Matter is a disgusting name for an organization that hates black men and, overall, hates black people. You’re a domestic terrorist organization.”

“I was on the roof of my building in Los Angeles,” he remembers. “I was looking around town and the whole town was on fire because of radical BLM domestic terrorists. There were twelve helicopters in the sky, I was freaking out, and all anyone had to say was ‘oh, let me go post a black square on Instagram’.”

Walker was referring to the viral social media trend from earlier this summer where Instagram users posted a black square in ‘solidarity’ with the Black Lives Matter movement. He did not participate in the trend: “I said, ‘oh, no, no, no, I’m not giving my country up to the radical left.'”

This was when Walker began speaking out strongly about his beliefs: “I started posting on TikTok; I started making Twitter videos.”

He explained what bothered him most was “the fact that no one wanted to condemn it. Actually, rather celebrities were egging it on. Glass was thrown on my street. Thugs burned my local bakery to the ground. All celebrities had to say, all leftist politicians had to say was ‘let’s go bail some rioters out.'”

Later in the video, Walker goes on to slam groupthink, mobs, and the left’s ‘manipulation techniques.’

The 20-year old first went viral in early August, when a video he posted amassed north of one million views on Twitter alone.

“Joe Biden, I find your comfort with the black vote to be insulting,” he said. “Your recent African-American comments and the time you said ‘you ain’t black’ is disgusting.”