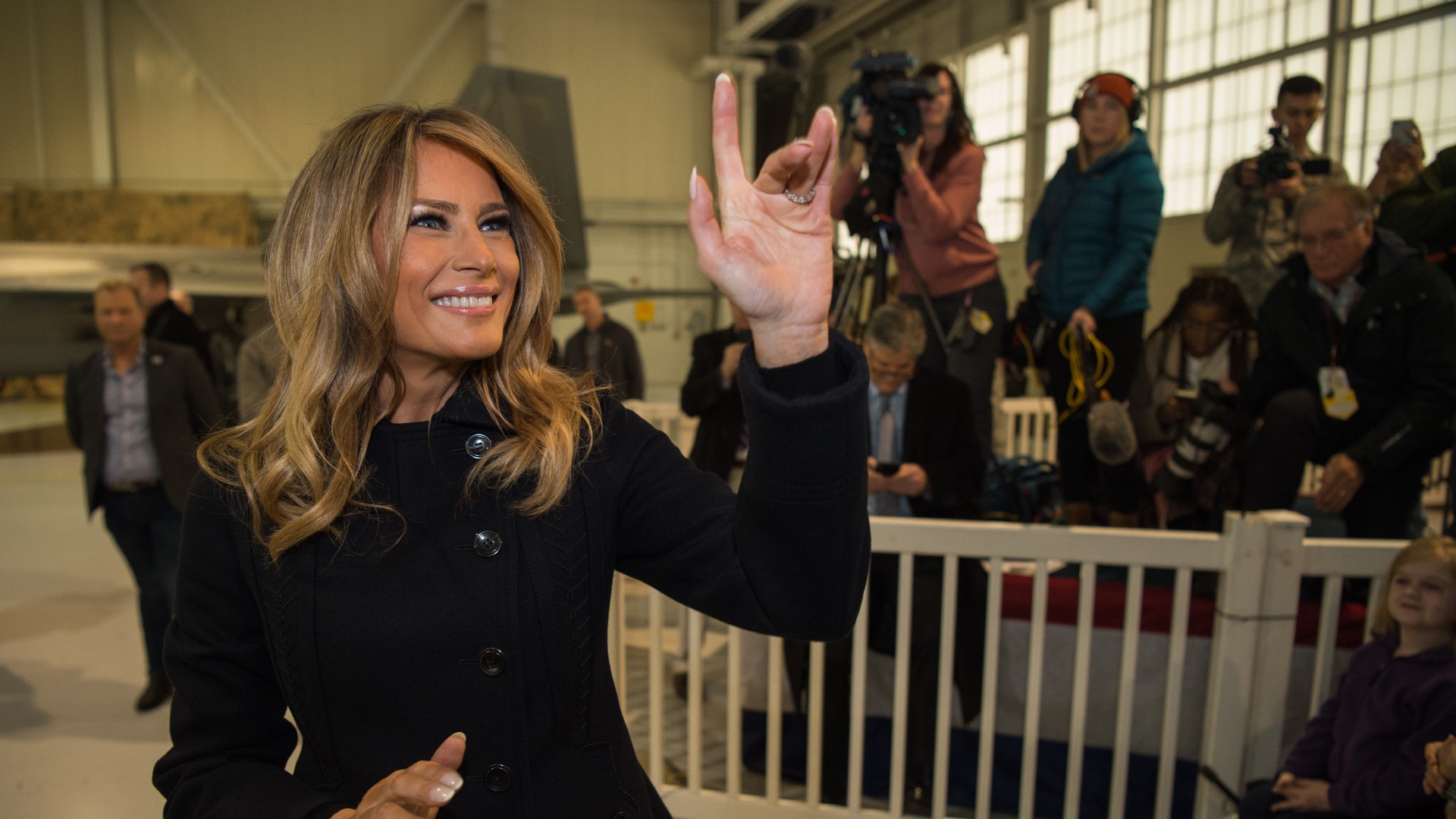 “Despite feminists championing the idea of ‘independent women,’ the left judges the First Lady by her last name rather than as an individual.

To feminists, it doesn’t matter that Melania Trump escaped communism, had an incredible modeling career, speaks six languages, is now the First Lady of the United States, and has an incredible initiative to encourage children’s health and success. All that matters is her last name.

As a young woman, I look up to Melania Trump. I admire what she has done and is continuing to do, her beauty and impeccable style, and the manner in which she conducts herself.

Women should be celebrating Melania Trump for her beauty, grace, intelligence, and poise – there is not a more quintessential icon of femininity.”

I wrote the above passage a year ago. After watching the First Lady address the nation live from the White House Rose Garden on Tuesday, I stand by those words today more than ever.

Melania’s speech was unifying and eloquent. “I don’t want to use this precious time attacking the other side,” she said. “As we saw last week, that kind of talk only serves to divide the country further.”

Instead our First Lady opted to use her platform to draw attention to hardships communities across our nation face everyday, the brave work of our men and women in uniform, and American greatness.

“I have met many inspiring women, children, parents, and families who have overcome life changing issues that include addiction, homelessness, family members who are ill or have passed away, abuse of all kinds, and many other challenges that would make most people give up.”

She took time to honor men and women who serve our nation, both on American soil and overseas. “When I speak to members of the military—despite sacrificing time with their families, experiencing the fear of war, or suffering loss—they have no regrets of serving our country. The same goes for their families and the families of first responders, who often watch their loved ones walk out the door, not sure if or when they will come home.”

Melania also called out the mainstream media for ignoring paramount issues in American society in favor of scandal and slander. “When so often the headlines are filled with gossip, I want to take this moment to encourage the media to focus even more on the nation’s drug crisis. This disease is one that affects everybody. It pays no attention to race, age, or socioeconomic status… We just need to talk about it openly, and you the media have the platforms to make that happen.”

What did Democrats, the media, and feminists—alleged champions of immigrants and women—have to say about the First Lady’s address?

“Seriously, fuck this bitch,” were the empowering words of self-described “militant feminist” Kathy Griffin. Interesting, considering Griffin tweeted that “part of being a #feminist is giving other women the space to make choices u don’t agree with,” back in 2014. Apparently that rule is non applicable if you have the wrong last name.

This is especially ironic given Melania—who, by the way, speaks six languages—dedicated a portion of her speech to discuss how she and her family fled communism in pursuit of the American dream.

“Growing up as a young child in Slovenia, which was under communist rule at the time, I always heard about an amazing place called America: a land that stood for freedom and opportunity,” the First Lady recalled. “As I grew older it became my goal to move to the United States and follow my dream of working in the fashion industry. My parents worked very hard to ensure our family could not only live and prosper in America, but also contribute to a nation that allows for people to arrive with a dream and make it reality.”

Maybe their issue with our First Lady is that she is a legal immigrant?

“I arrived in the United States when I was twenty-six years old,” Melania retold her road to citizenship. “Living and working in the land of opportunity was a dream come true. But I wanted more. I wanted to be a citizen. After ten years of paperwork and patience, I studied for the test in 2006 and became an American citizen.”

Or possibly they detest her unwavering love of America: once as a dream, now as her home.

Becoming a citizen “is still one of the proudest moments in my life because with hard work and determination I was able to achieve my own American dream,” she reminisced. “As an immigrant and a very independent woman I understand what a privilege it is to live here and to enjoy the freedoms and opportunities that we have.”

The knee-jerk reaction of the party that is so quick to falsely label the President and his supporters racist and sexist…was to be racist and sexist towards our immigrant First Lady. Imagine my shock.

“I think it’s funny that Melania Trump is the most beautiful first lady the country has ever even come close to having but the media refuse to acknowledge it because of their hatred and loathing of her husband,” The Federalist‘s Molly Hemingway tweeted. “Every time Michelle Obama left the house, it was ‘YASS QUEEN SLAY’ and fashion spreads and favorable cover photos. But with supermodel Melania, it’s like “oh did she look nice? I didn’t notice.”

Easily one of the biggest takeaways from the Republican Nation Convention was the treatment of the First Lady by the Democrats and mainstream media.

All throughout the Trump presidency Melania’s looks, poise, and work have been discredited and ignored by her political opposition. Following the zoom-call of a Democratic convention, our stunning First Lady stood in the Rose Garden and delivered what was readily one of the best speeches of the convention as her husband watched with adoration.

There was absolutely no reason for the vile and abhorrent responses from the left.

The fact that the same people who recite “empowered women empower women” like a prayer morning, noon, and night cannot put politics aside for five minutes and applaud the epitome of what it means to be a ‘strong woman’ tells you all you need to know about the left. Democrats place party ahead of policy, ethics, and decorum.

Contrary to mainstream media coverage, or lack thereof, Melania’s tenure as First Lady and Rose Garden address will not be forgotten by the history books.