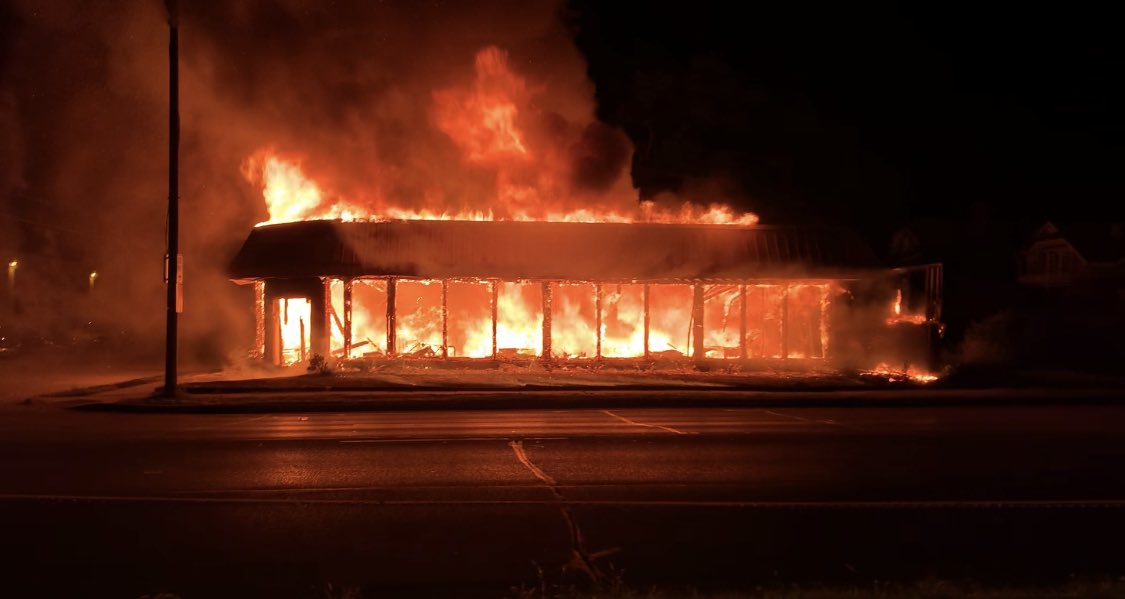 “This morning I get up, come down here, and what I see I was not prepared for,” a local business owner whose family business was burned to the ground in Kenosha, Wisconsin told The Blaze‘s Elijah Shaffer. “I knew it was going to be a disaster, but I didn’t know what a disaster it looked like until I saw it.”

“I can hear the emotion in what you’re saying,” Schaffer told the store owner. “What is the family feeling right now?”

“It’s tough,” he said. “This is a business that my parents started forty years ago…as a small business just to make a few extra dollars. Eventually it grew. Thirty-one years ago they bought this building, and so we’ve been here ever since.”

The owner explained to Shaffer that his parents are “very upset” about the business’ destruction—and rightfully so. “It’s emotionally hurtful. We didn’t do anything to anybody. Why did we deserve it?“

Amongst the businesses destroyed, a furniture store, youth center, and car dealership were victim to arsonists. Schaffer caught footage of all of the previous and more.

One video he posted, which garnered over 270,000 views, showed a Black Lives Matter rioter using a molotov cocktail to light a vandalized city dump truck on fire. Schaffer noted that this was after several failed attempts to do so.

During one of Schaffer’s live streams of the scene on Periscope, a protestor pulled out a gun and pointed it in his face. The protestor alleged that this is what he would do if police came by.