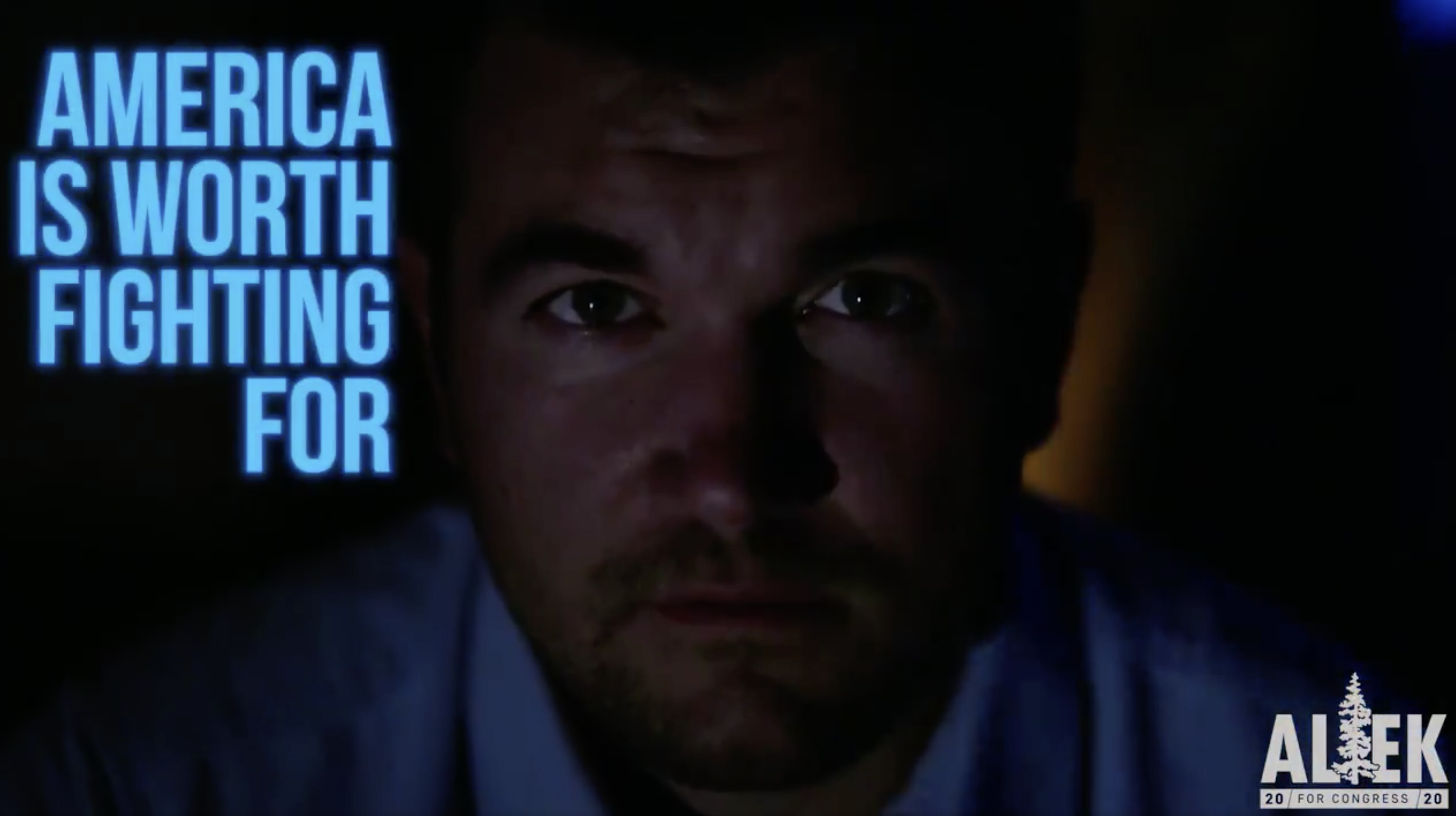 Five years ago, former Oregon National Guardsman Alek Skarlatos and two of his friends, U.S. Airman Spencer Stone and Anthony Sadler, stopped a terrorist attack on a train in Europe. In 2018, he starred in the Clint Eastwood adaptation of the events: The 15:17 to Paris. In 2020, he is running for U.S. Congress to fight alongside Donald Trump to save America.

In his latest campaign video, Skarlatos reflects on the attempted attack. He compares it to the political climate in America today.

“The American way of life is being threatened,” the former Guardsman explains. “When you’re facing this kind of threat, you only really have two choices: run or fight.”

“Our political class? They run every time. But I choose to fight—I always have, I always will.” Skarlatos asserts that “America is worth fighting for.”

“We can all feel it: America is in danger.” He explains there are “those in America who want to see this country fail; people who believe the world would be better without America. Socialists and communists are burning our cities. Violent mobs are attacking our men and women in uniform. America is under attack,” Skarlatos references the riots happening across the nation, notably Portland.

He contends the “political elite don’t fight back” against this internal destruction. “They don’t do anything, they watch this country burn, and often use our pain for their profit.”

“It’s time for a fighter. Let’s go,” he encourages his supporters. “Fight for the American way of life.”

Skarlatos’ opponent, incumbent Peter DeFazio, also released a campaign video encouraging supporters to fight…for the United States Postal System. And he did so, by chaining himself to a mailbox.

“They’re not getting this one,” DeFazio claims in the video as he loosely fastens himself to a singular mailbox. Inspiring.

In this article:2020 Election, Alek Skarlatos, Congress, Peter DeFazio, The 15:17 to Paris, USPS