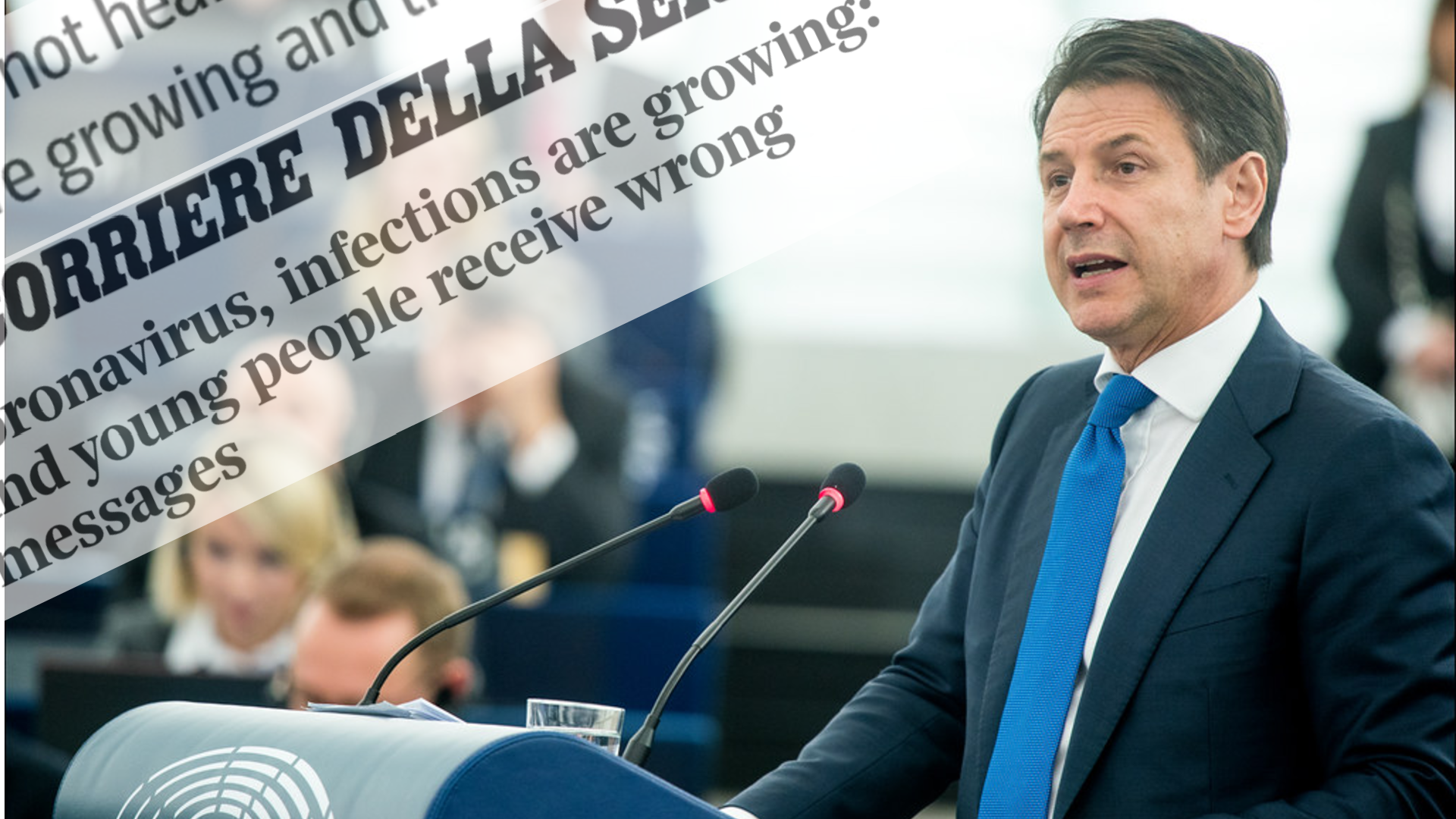 The Italian government and mainstream media are continuously pushing a narrative of increasing coronavirus numbers and an impending second wave and subsequent shutdown of the nation.

A quintessential example of the aforementioned can be found in the Corriere della Sera. Italy’s most widely read newspaper, once hailed for its neutrality, is pushing more and more bullet points from the center-left’s agenda.

A recent article published in the infamous paper was titled: “infections are growing: young people receive [the] wrong message.” This article attacks the reopening of the nation; in particular, the reinvigoration of night life.

There are a couple big issues with this.

The first being the out of context data being used. For one, the use of “infections are growing.” Are they, though?

The number of positive cases may indeed be growing; but so are the number of tests. This small but important detail completely debunks the ‘the-second-wave-is-upon-us-we-must-shut-down-again’ narrative.

On August 17, Italy conducted thirty thousand coronavirus swabs. Of which, 320 were positive. The next day, headlines read that there was an “increase” in coronavirus cases. Technically there was: 403 Italians tested positive on August 18. What the headlines left out, is that there was also an increase in testing…by twenty-four thousand swabs.

After a couple basic mathematical equations, it may be concluded that the percentage of those testing positive has decreased by thirty per cent. On August 17, 1 per cent of tests came back positive. On August 18, the percentage dropped to 0.7. This overall decline, which has been notably consistent in recent months, can be seen in the below graph.

The second issue is the blatant hypocrisy when it comes to the border.

Conte and his administration allow for thousands of illegal aliens to run amok throughout Italy, many of whom test positive for coronavirus. They then turn around and threaten to shut down the businesses of law abiding Italian citizens who are already struggling to pay bills, from the grocery to the electric.

Those in the media who propagate this narrative are just as bad as the politicians themselves. The same publication that criticizes the open clubs, lets politicians who promote open borders get off scot-free. One simply cannot defend those positions simultaneously.

Whether it be the hypocrisy or purposeful misconstruing of data, the Italian media and government clearly is not working to better the people of Italy. They work to further their narrative, keep power, and line their pockets.