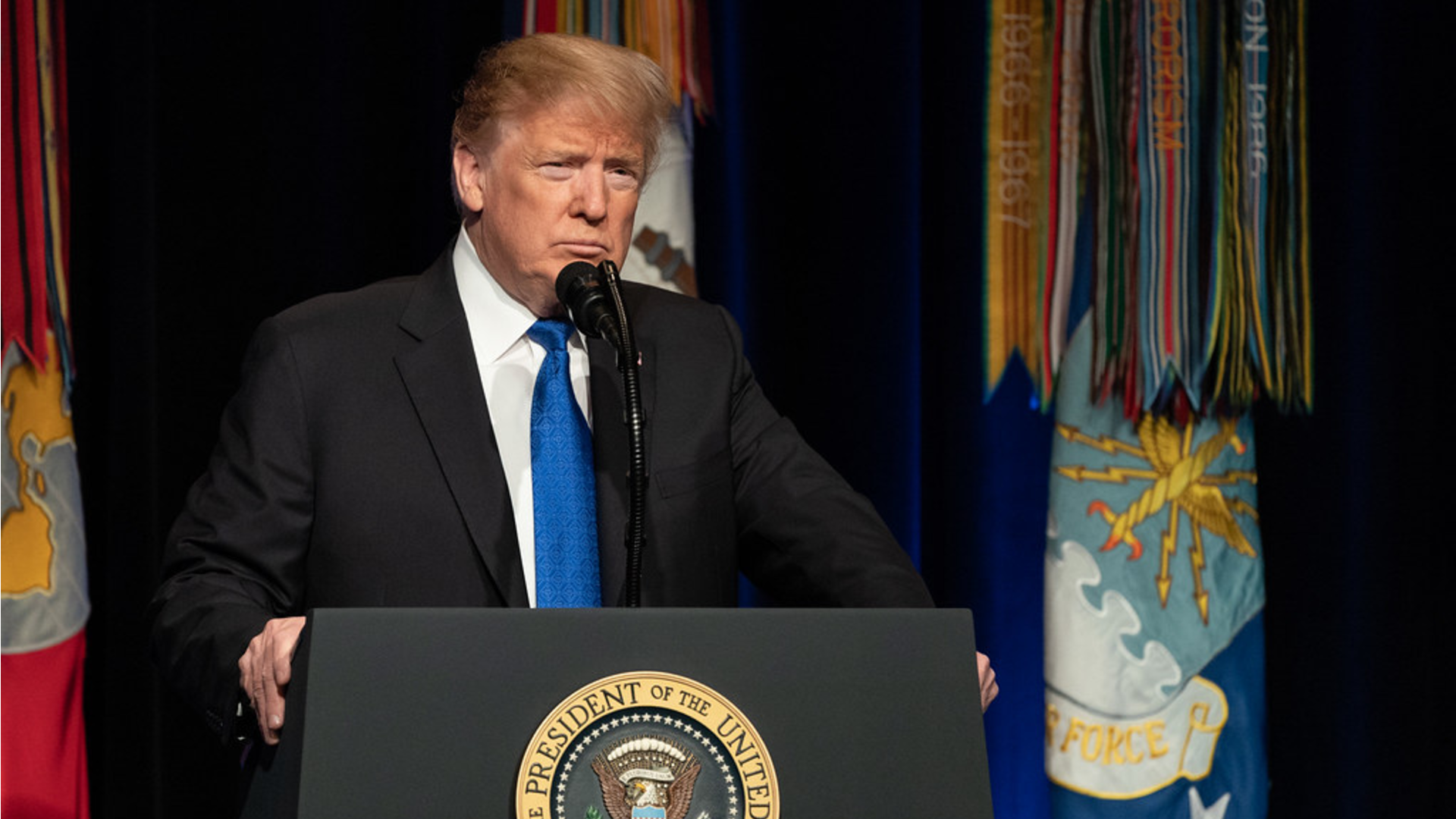 “If the President has the unilateral power to order for every single citizen to cover their face in nearly all instances, what other powers does he have?” President Trump asked during a press conference on Thursday, referring to Presidential hopeful Joe Biden’s proposed ‘Nationwide Mask Mandate.’

“My administration has a different approach. We have urged Americans to wear masks; and I emphasize this is a patriotic thing to do. Maybe they’re great, and maybe they’re just good. Maybe they’re not so good. But, frankly, what do you have to lose? You have nothing to lose,” Trump said about facial coverings. “We’ve been saying wear ’em when it’s appropriate.”

The President emphasized: “we want to have a certain freedom…that’s what we’re about.”

“We also understand that each state is different and is facing unique circumstances,” he elaborated. “We’ve entrusted the governors of each state, elected by the people, to develop and enforce their own mask policies and other policies, following guidance from the federal government and [Center for Disease Control (CDC)].”

The President continued to explain how his administration is “working with each state to develop a plan based on the facts and science. We will continue to urge Americans to wear masks when they cannot socially distance. But we do not need to bring the full weight of the federal government down on law abiding Americans to accomplish this goal. Americans must have their freedoms.”

“I trust the American people and their governors…want to do the right thing, to make the smart decisions. Joe [Biden] doesn’t,” Trump contrasted his administration with the Biden campaign. “Joe doesn’t know too much.“

“Unlike the Biden approach, our approach is guided by science,” Trump continued to slam the former Vice President. “That’s why we’re focused on protecting the high risk Americans; that’s why we’re delivering effective medical treatments to dramatically reduce the fatality rate; and that is why we’re developing a vaccine and therapeutics in record time. I think you’ll see that very soon,” he added.

“Sleepy Joe rejects this scientific approach, in favor of locking all Americans in their basements for months on end.” Trump highlighted how Biden “wants to shut down our economy, close our schools, and grind society to a halt. And he wants it done by a federal decree. This would lead to a crippling, long-lasting depression.“