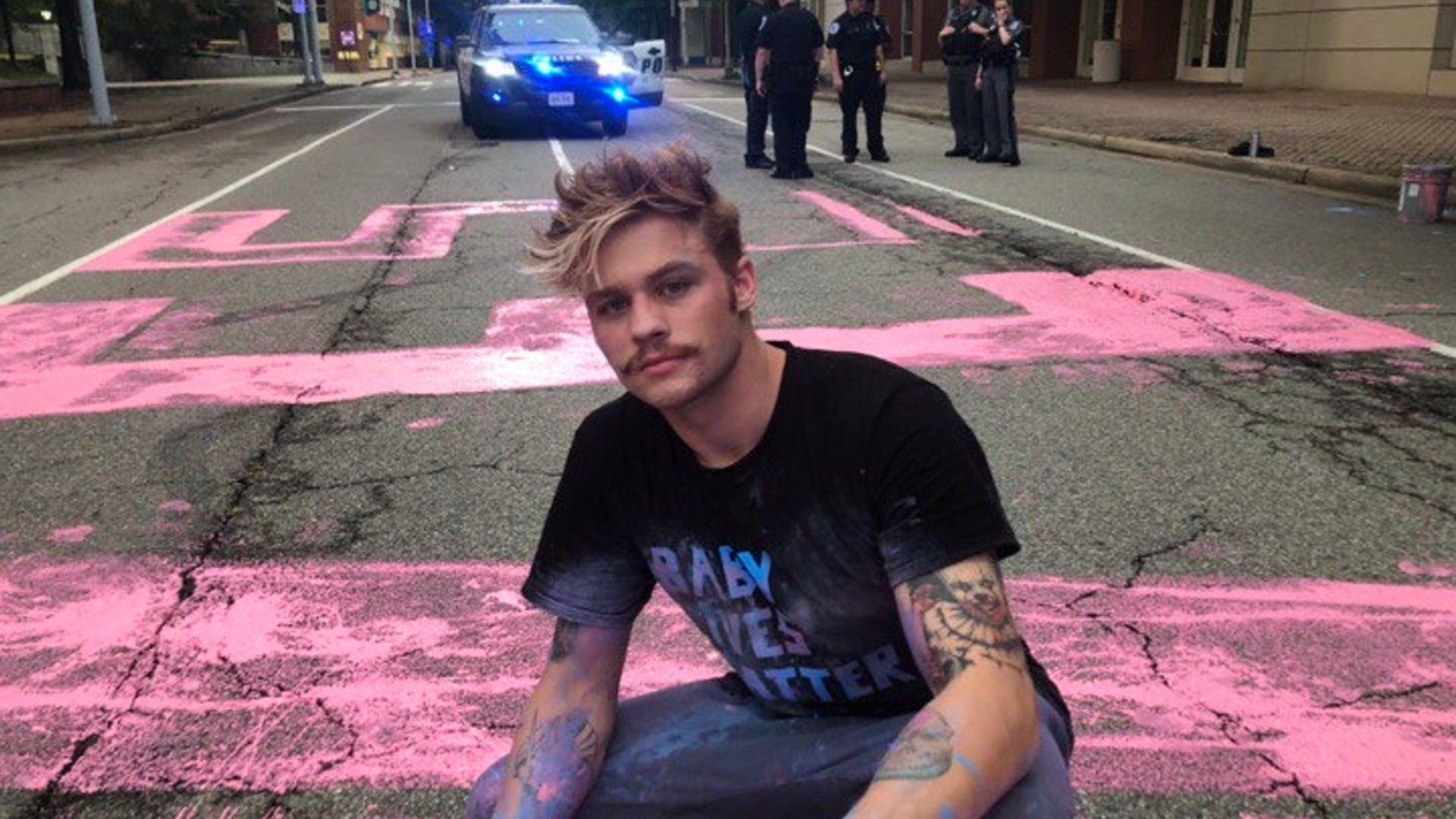 Political activist Tayler Hansen took to the streets once again, this time in Virginia, to paint another one of his iconic ‘Baby Lives Matter’ murals.

Or at least to try to paint one.

Hansen’s target with this mural was not the usual Planned Parenthood clinic. Instead he went for bigger game: pro abortion Governor Ralph Northam’s residence.

“Not only is Ralph Northam a racist, he is also a child murderer,” the young activist told Bucalupo.

Northam, who notoriously wore blackface in a yearbook photo, championed an extreme abortion bill and openly advocated for infanticide. “If a mother is in labor, I can tell you exactly what would happen,” Northam boasted. “The infant would be delivered; the infant would be kept comfortable; the infant would be resuscitated, if that’s what the mother and the family desired; and then a discussion would ensue between the physicians and the mother.”

“Governor Northam needs to publicly denounce his support of infanticide or he will go down as one of the most evil elected officials in the history of the United States,” Hansen said.

Hansen was only able to complete two thirds of the mural, however, due to unforeseen complications; including the paint guns failing, forcing him to resort to painting by hand. Early commuters also proved problematic, running over and subsequently damaging the tape outline.

Out of all the challenges Hansen face, the intervention by State Police proved insurmountable. They put a stop to the painting; and the mural was washed away shortly thereafter.

The recent attempt in Virginia is the third in Hansen’s string of murals. The first two appearing in front of Planned Parenthood clinics in Salt Lake City, Utah and Washington, D.C..

“I will continue to give a voice to the voiceless,” he vowed.

You can support Tayler’s work, helping him to travel across the country painting ‘BABY LIVES MATTER’ murals, by donating to his GoFundMe here. Stay up to date with the Baby Lives Matter movement by following @TaylerUSA on Instagram and Twitter.