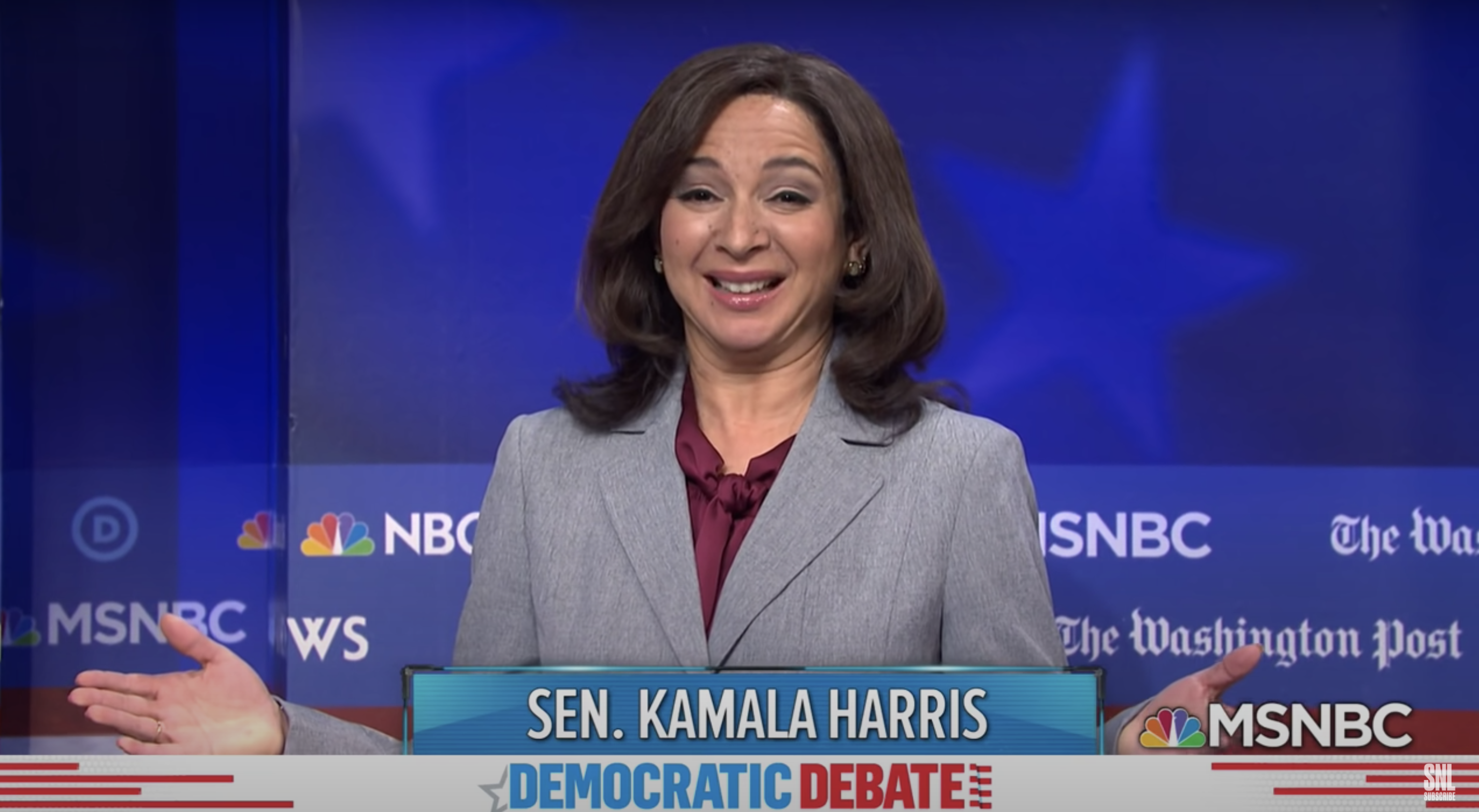 Comedian and actress Maya Rudolph found out on Tuesday in an exclusive zoom call with Entertainment Weekly that Senator Kamala Harris, who she had been playing on Saturday Night Live‘s rendition of the Democrat debates, had been chosen to be Joe Biden’s Vice Presidential candidate.

Rudolph’s portrayal of the now-Vice Presidential candidate has earned her an Emmy nomination.

“I love going to the show. Any excuse I can get, I love. I just didn’t really anticipate traveling during a pandemic,” she said. Rudolph joked that “if there’s anyone that can work it out I’m sure Lorne [Michaels] has some sort of invisible helicopter that can get me there.”

“I don’t know that I’m ready to go right this minute, but it’s so nice to have this nomination be associated with the show because it’s my true love,” she explained.

In fact, Rudolph is so associated with the California Senator that when Biden announced Harris was the pick, ‘Maya Rudolph’ was almost instantly trending on Twitter.