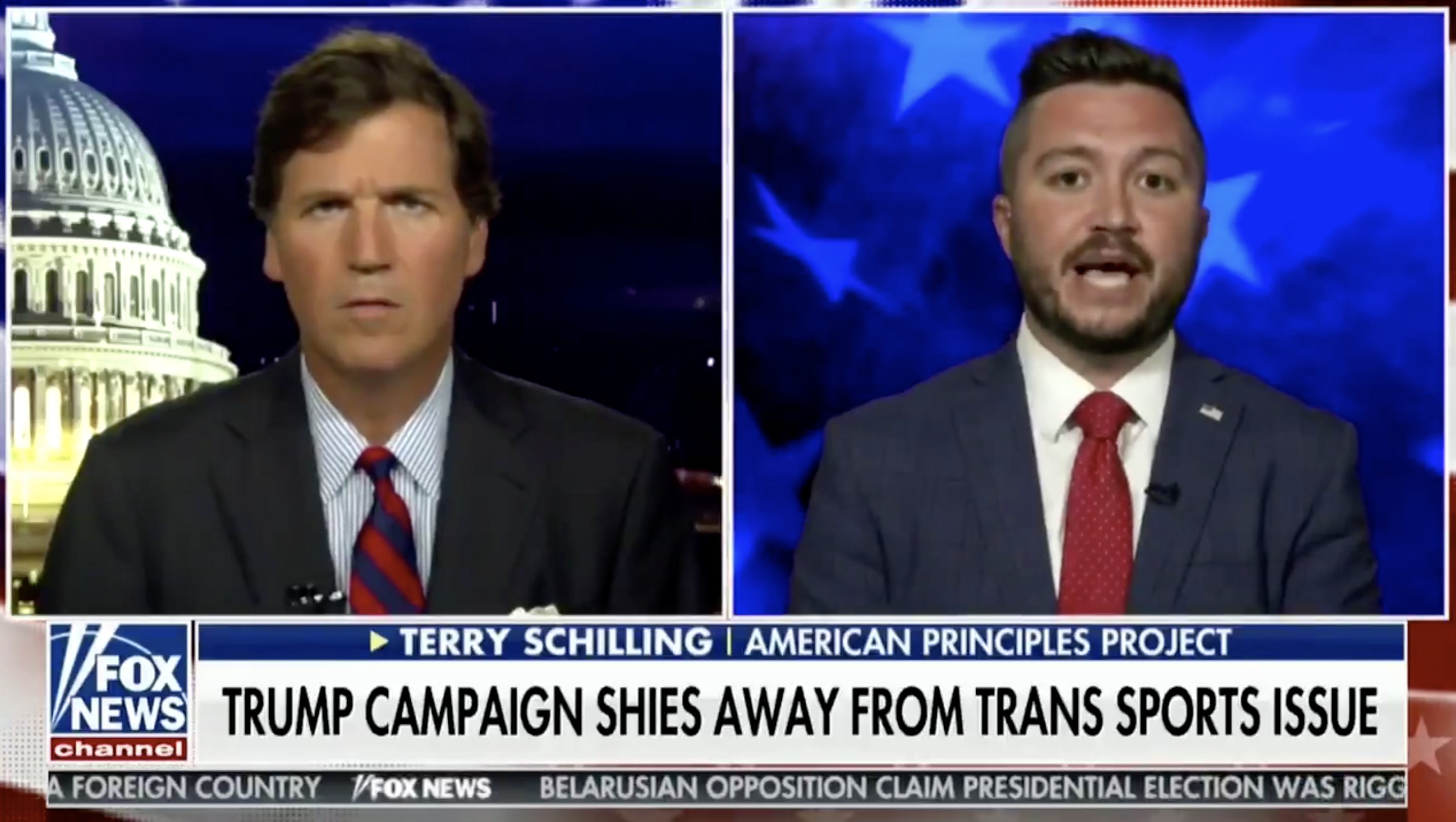 Terry Schilling, the Executive Director of the American Principles Project, joined Tucker Carlson to discuss the issue of transgenderism, particularly in athletics, and where the nation stands.

The American Principles Project, which describes itself as the ‘NRA for families,’ “surveyed over seven thousand voters in the top ten swing states across the country,” Schilling explained. “We found that three quarters of Americans, including fifty-three per cent of Joe Biden’s own supporters, oppose allowing transgendered boys—that’s boys that identify as girls to compete in women’s athletics. This is a supermajority.“

When Carlson asked his guest about the Trump campaign and Republican party as a whole’s silence on the issue Schilling voiced his unease: “As a political activist, I’m very concerned about their lack of willingness to take this issue on.”

“I have five kids…my two oldest are girls. And, frankly, the idea that these guys are going to allow my daughters, who are both athletes, have their scholarships and their athletic opportunities taken away—it’s incredibly stupid.”

“We need to push the Republican party to run hard on these issues because there’s no losing this whatsoever,” Schilling asserted.

“But the idea that we have to pretend that there is no difference between men and women, boys and girls is totally insane,” the host exclaimed. “So why would we site back and let people force us to nod as they say something we all know is false?”

Schilling explained that the American Principles Project is “not waiting for permission” to tackle the issue. “We’re running the ads; we’re forcing the issue; and we’re going to show them how to attack Joe Biden and get some political points on this.”