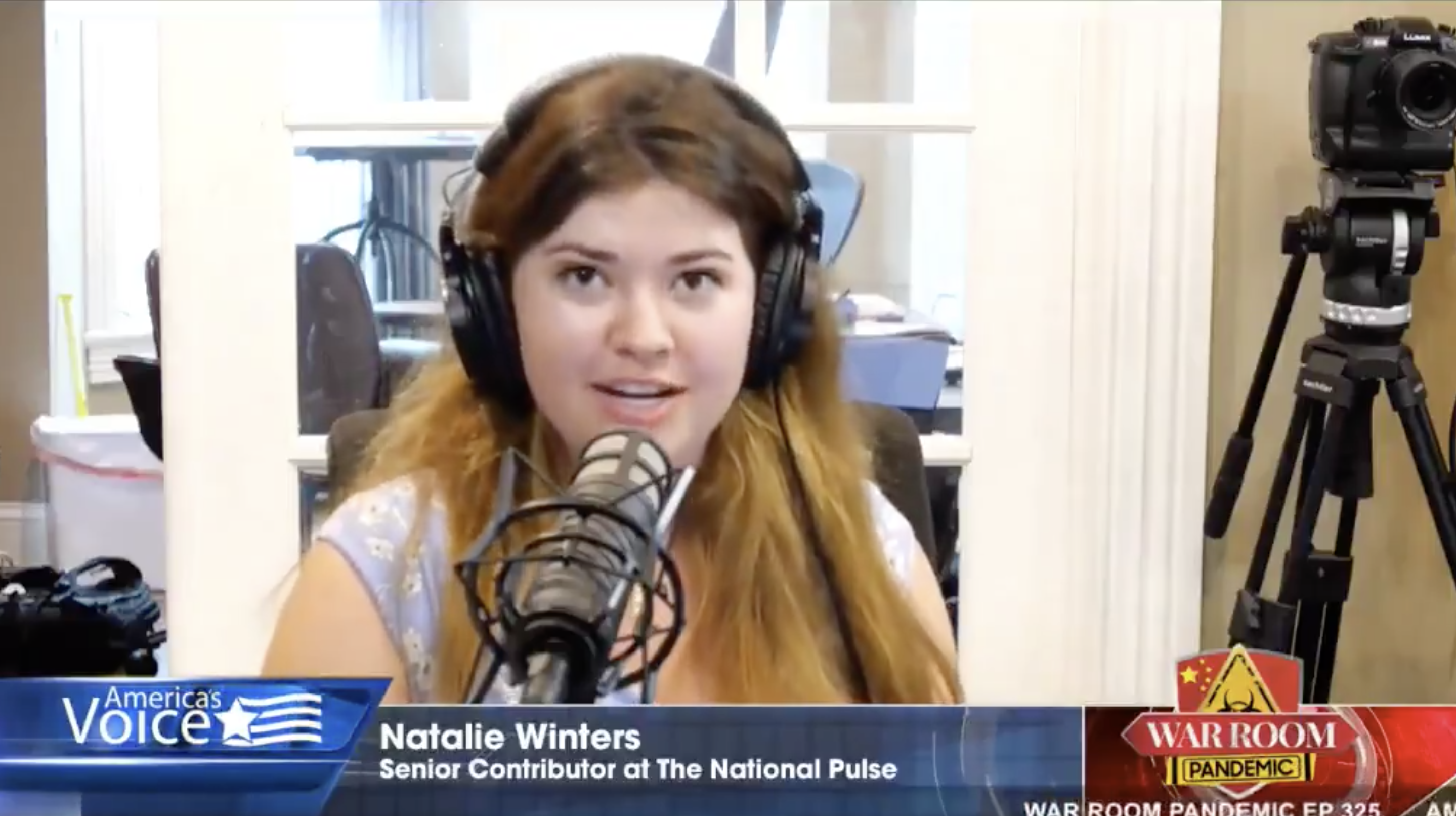 “Frankly, that’s the cardinal sin of the mainstream media: that they’ve kept Americans in the dark on the egregious human rights abuses, economic exploitation, and all the atrocities that the Chinese Communist Party (CCP) has committed,” The National Pulse‘s Senior Reporter Natalie Winters said on Stephen K. Bannon’s War Room: Pandemic.

Winters, a student at the University of Chicago, has been one of the leading voices speaking out against the Chinese Communist Party.

“The single most valuable transition in American society,” she argues, is “if everybody would wake up and realize truly how brutal and awful the Chinese Communist Party is. But again, the mainstream media is too far in bed, and taking, frankly, too much money, sponsorships from outlets like [Chinese Global Television Network (CTGN)].”

“All the establishment outlets and mainstream media organizations are doing the same thing. It’s a reincarnation of the cry that China would eventually become a responsible stakeholder in world affairs.”

Winters explains this is not possible: “In the word’s of Xi Jing Ping: ‘east, west, south, north, and central—the party leads everything.’ Fundamentally, China will never become the responsible stakeholder that our elites think it will become.

“The only entity that Fareed Zakaria and his establishment peers seem to be able to criticize are President Trump and his supporters,” Winters calls out the CNN anchor for his and his colleagues’ double standard.

“Fareed Zakaria’s fine penning [opinion-editorials] to the Washington Post entitled ‘How the Populist Right is Exploiting Coronavirus;’ but then anytime President Trump slams China and the Chinese Communist Party for the information they withheld from the world at large and the World Health Organization (WHO) regarding coronavirus, Zakaria says that is unfairly blaming China and scapegoating China.”