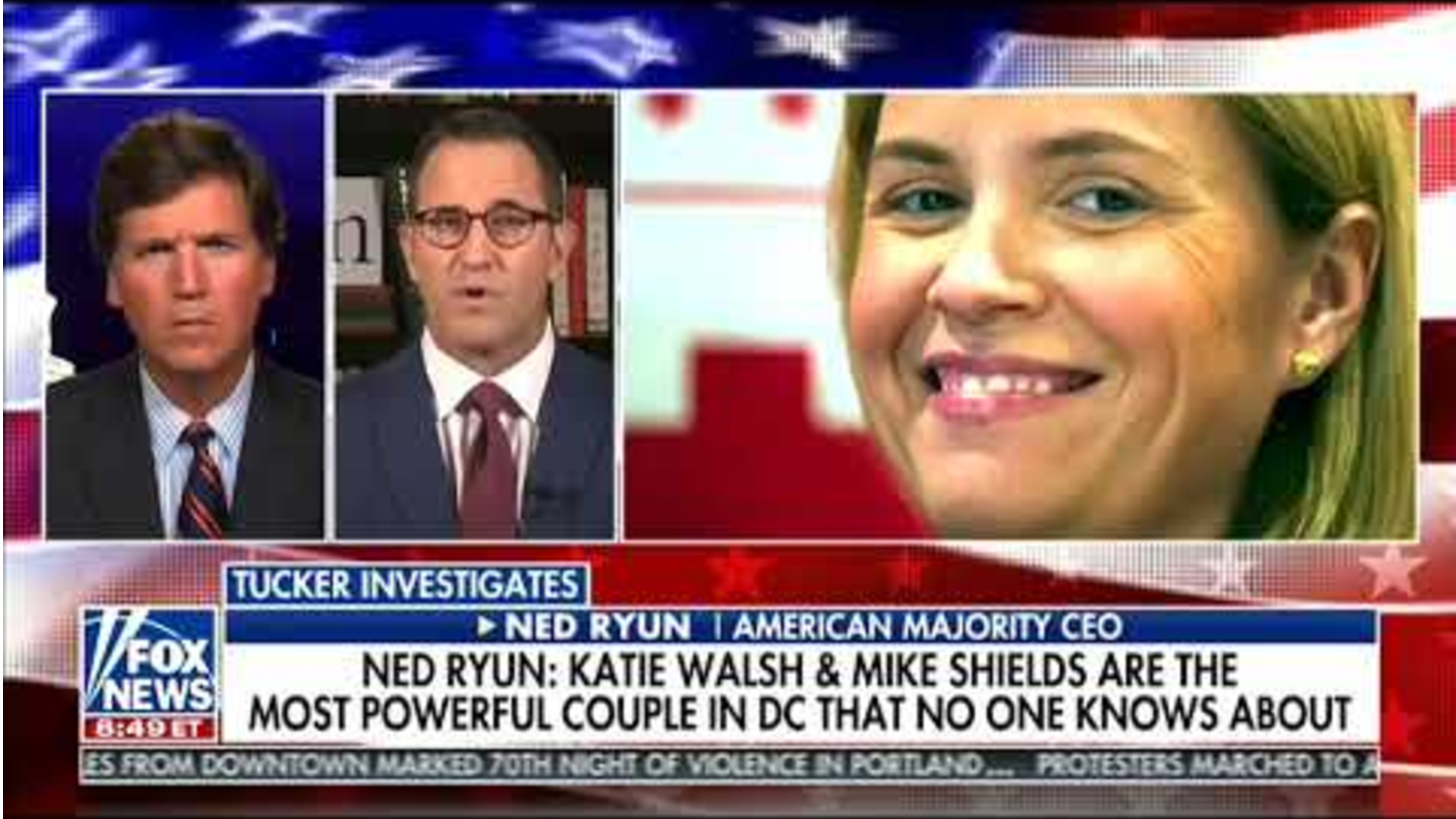 America-first proponent, Trump ally, and CEO of American Majority Ned Ryun joined Tucker Carlson to call on the President to rid the GOP of establishment-types who are blocking the President’s America-first agenda from within the inner circles of both the Trump administration and campaign.

“Four years ago, then-candidate Donald Trump ran on a few issues that were very popular with the public: build a wall, cut immigration, bring back manufacturing jobs.” Carlson explained these policies are “easier said than done, it turns out. Very hard to get those things into law in the end.”

He outlined the enemies of Trump’s agenda: “the Democrats hated them. The permanent Washington establishment hated then every bit as much. But there was another problem: people within the other Trump orbit also hated them and worked against making them policies.”

Ryun emphasized how “in the age of Trump and America-first it’s fascinating to see two swamp creatures like Katie Walsh and her husband Mike Shields have consolidated so much power and money inside Trump’s GOP.”

Walsh and Shields have and are directly linked to a multitude of LLC’s receiving money from the campaign.

“I tell people all the time: the most powerful in D.C. that you don’t know about are Katie and Mike. And they really do control a massive part of the GOP ecosystem,” Ryun explained.

“Katie pretty much walked out on the Trump campaign in 2016 after the Billy Busch tape; she described working with Trump as ‘trying to understand a child;’ and left the White House after about eight weeks known as a notorious leaker. So there are some real problems with these people. These are two former chiefs of staff at the RNC who are establishment- first and last, who are…doing their best to make sure Trump and America-first do not stamp their image on the GOP. And I think they’d be very happy if there was a return to the McCain/Romney days.”

“In other words,” Carlson clarified, “if the President wasn’t reelected.”

“Correct,” Ryun affirmed. “And I think this is one thing where Trump has to take a firm stance and realize he has the power and ability to make the GOP a creature of his own creation.”

“He is the President of the party,” he elaborated, “and when he wins reelection, I would encourage him to put America-first people in these positions of power; turn the GOP into an America-first party; and the first thing he should do is rid the party of people like Katie Walsh and Mike Shields.”

“I do think most Americans believe government should serve the middle class first and Washington maybe last. So I think it’s a popular idea,” Carlson agreed. “I think it’s important for the administration as a whole to work towards achieving it.”