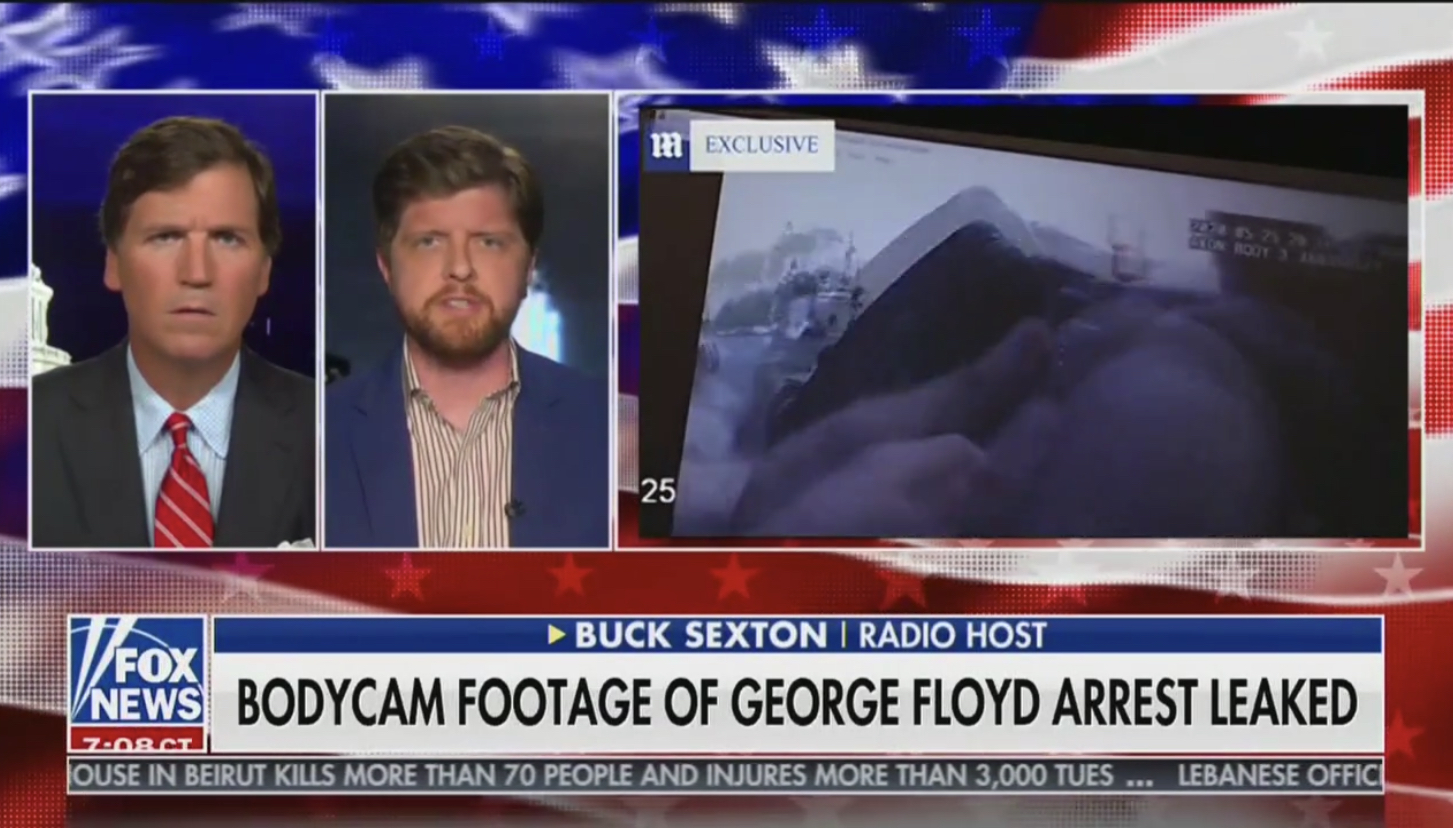 Former CIA analyst Buck Sexton told the nation on Tucker Carlson Tonight that the death of George Floyd was “exploited” to further a narrative.

On Monday, the officers’ body camera footage of the arrest and death of George Floyd was released, bringing critical information to light.

“I think the way this was set up—especially given a country that was already under psychological duress because of the COVID lockdowns, and a lot of anger and frustration brewing—people exploited this right away,” Sexton said of Floyd’s death.

“If you tried to wait—and this is true really for a lot of people in journalism as well, and I even think people who are of good faith—they were essentially told: ‘you either go along with this, the narrative, right away or you’re a racist,” he explained. “There was no grounds for ‘let’s just wait for more facts.’ And that is dangerous; and that needs to change.“

Sexton explained the newly released footage is “critical. We didn’t have the full…video story of this and…we obviously should have a long time ago.”

One of the most crucial details revealed in the video was Floyd’s behavior. Sexton described Floyd as “an emotionally disturbed person: someone who is clearly having a panic attack, or some kind of psychological episode.” Additionally, he noted that officers were “giving him lawful commands.”

“I’m not going to say that this exonerates officer Chauvin,” the former analyst clarified. “I think that’s far too much here… There are a whole host of charges he could still be guilty of.”

“But we do have to look at what was the run up to this incident that then caused months of rioting,” Sexton asserted. “It’s a much tougher case now to make that there was any racist intent—or even intent at all—to kill this man, based on events leading up to the video we’ve seen. That’s a critical component of understanding what really transpired.”

He explained that this withheld evidence “suggests—in fact, it’s very clear that we are being manipulated and cowed into accepting a very specific interpretation of events that has been used for political purposes.”