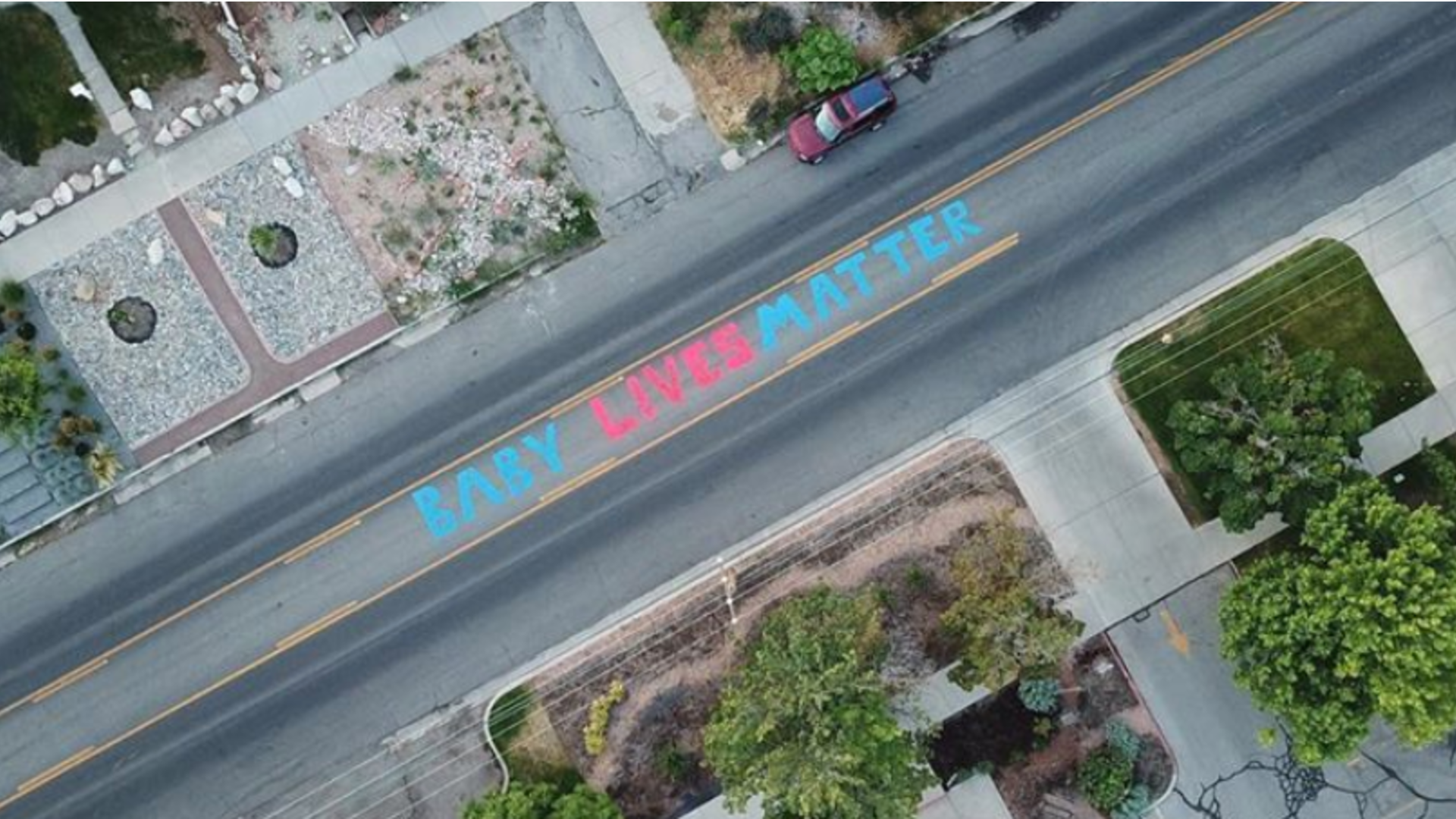 Tayler Hansen, an artist and political activist, has combined his passions to make an anti abortion statement that has garnered national media attention.

The murals, which read ‘Baby Lives Matter’ and are painted on the streets directly outside of Planned Parenthood Clinics, have shown up in Salt Lake City, Utah and Washington, D.C. starting just over a week ago.

Hansen has started a GoFundMe in order to continue traveling across the country, constructing these murals.

“The goal was simple: To draw attention to the tens of millions of innocent lives that have been ended by Planned Parenthood,” the GoFundMe details of Hansen’s first endeavor in Salt Lake City, a mural that took him seven hours to paint single-handedly and cost him a ‘considerable portion’ of his life savings.

The pro life murals come after ‘Black Lives Matter’ murals were painted across the country, most notably in D.C. and New York City. The District going as far as to rename the street across from the White House ‘Black Lives Matter Plaza.’

In an interview, Hansen explains: “In 2019, Abortion was the leading cause of death worldwide. Almost 43 million children were denied the most basic right of all, life. Which is why I felt inclined to demonstrate a true peaceful protest dedicated to those abandoned without a voice.”

He elaborates on this further on his GoFundMe page, saying he “believes ALL LIVES MATTER and that ALL BLACK LIVES MATTER. He is one of the many Americans disturbed and horrified that Planned Parenthood disproportionately targets the black community. Abortion is the number one killer of black lives in the United States. According to the Centers for Disease Control and Prevention, abortion kills more black people than HIV, homicide, diabetes, accident, cancer, and heart disease combined.”

Hansen and his message are an overnight sensation.

In less than a week he went from an independent, local project to taking his message to the nation’s capital with the help of fellow pro life advocates.

If you are interested in joining Hansen’s pro life effort, please consider donating here. Contributions “will help fund Tayler Hansen as he travels the country painting murals near Planned Parenthoods while drawing positive local and national attention to the horrors of abortion. Our goal is to fund 10 murals. Each mural will cost about $7,000 including supplies, travel, lodging, logistics, and potentially legal fees for Tayler. “