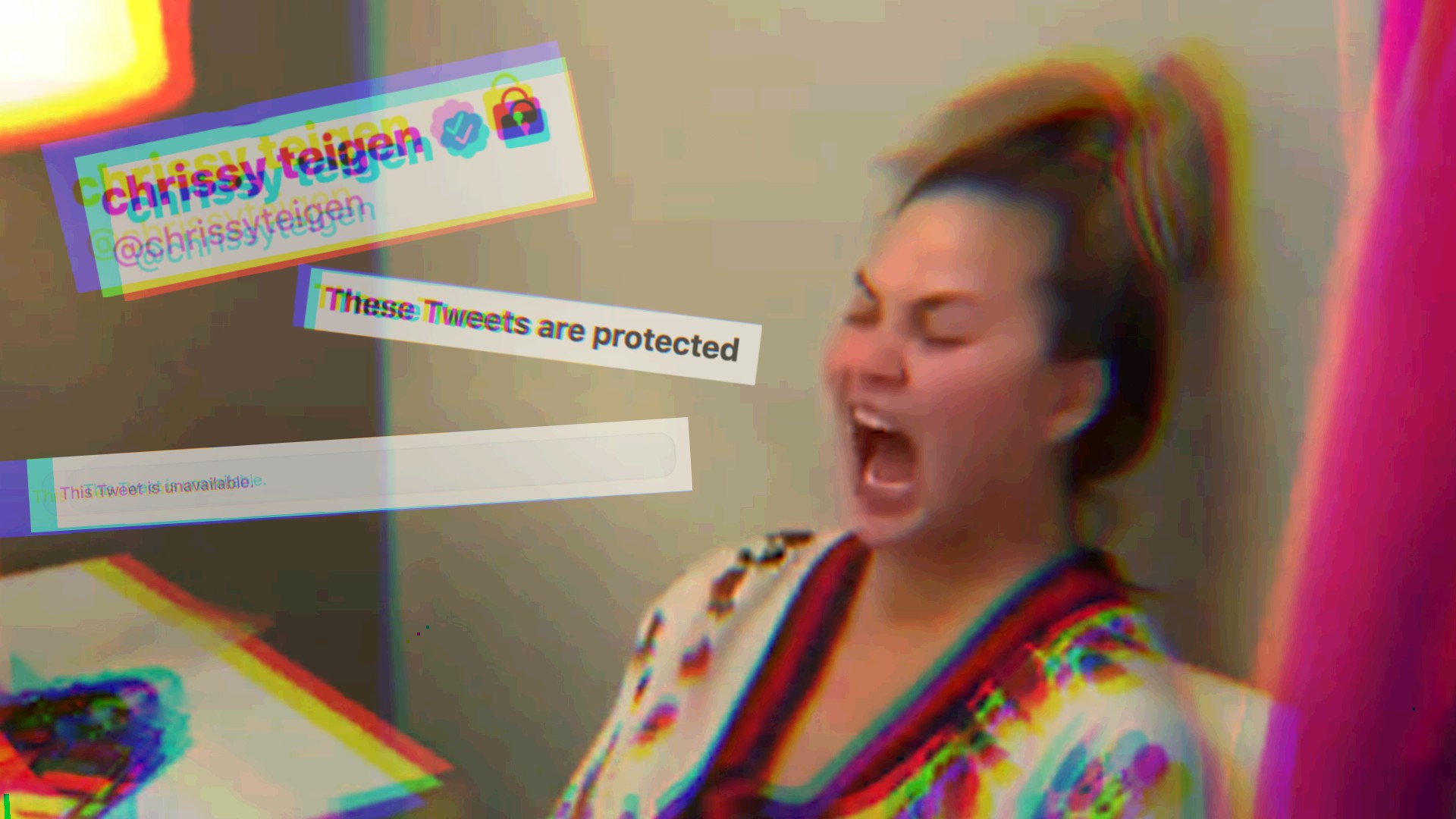 Model Chrissy Teigen has once again locked her Twitter account after being owned by conservative radio host Jesse Kelly.

The spat began after Kelly called out the National Football League for opting to play politics: “If the @NFL wants to speak out against “systemic racism”, they should immediately suspend every player who has 5 kids with 4 different women. Cause that hurts black people more than cops could ever do.”

Teigen quoted Kelly, criticizing him for allegedly choosing the ratio of women to children he did to exclude President Trump: “Love that you said “5 kids with 4 women” because you know trump has 5 kids with 3 women.” She then went on to make an explicit analogy about Kelly’s support of the President.

With the conspiracies being propagated on the platform that Teigen was an associate of pedophile Jeffrey Epstein and may have even flown on his jet, Jesse Kelly clapped back: “too few kids for your taste?”

“He is the undisputed king of that platform,” fellow radio host Ken Webster tweeted of Kelly. “@JesseKellyDC savaged Chrissy Teigen so hard that she locked up her account again.”

Teigen has made headlines a lot recently regarding her Twitter, after she deleted 60,000 tweets and mass-blocked ‘Q-Anon’ accounts.

“I actually deleted 60,000 tweets because I cannot (expletive) STAND you idiots anymore and I’m worried for my family,” the model tweeted. “Finding me talking about toddlers and tiaras in 2013 and thinking you’re some sort of (expletive) operative.”

Teigen also denied association with Epstein: “I have never even met the man. Or been to the island. Or on the plane.”

After she blocked a million users and threatened to leave Twitter all together, the tech giant took matters into their own hands, banning over 7,000 ‘Q-Anon’ accounts.

“You don’t have a ‘right’ to coordinate attacks and make death threats,” she tweeted. “It is not an ‘opinion’ to call people pedophiles who rape and eat children.”