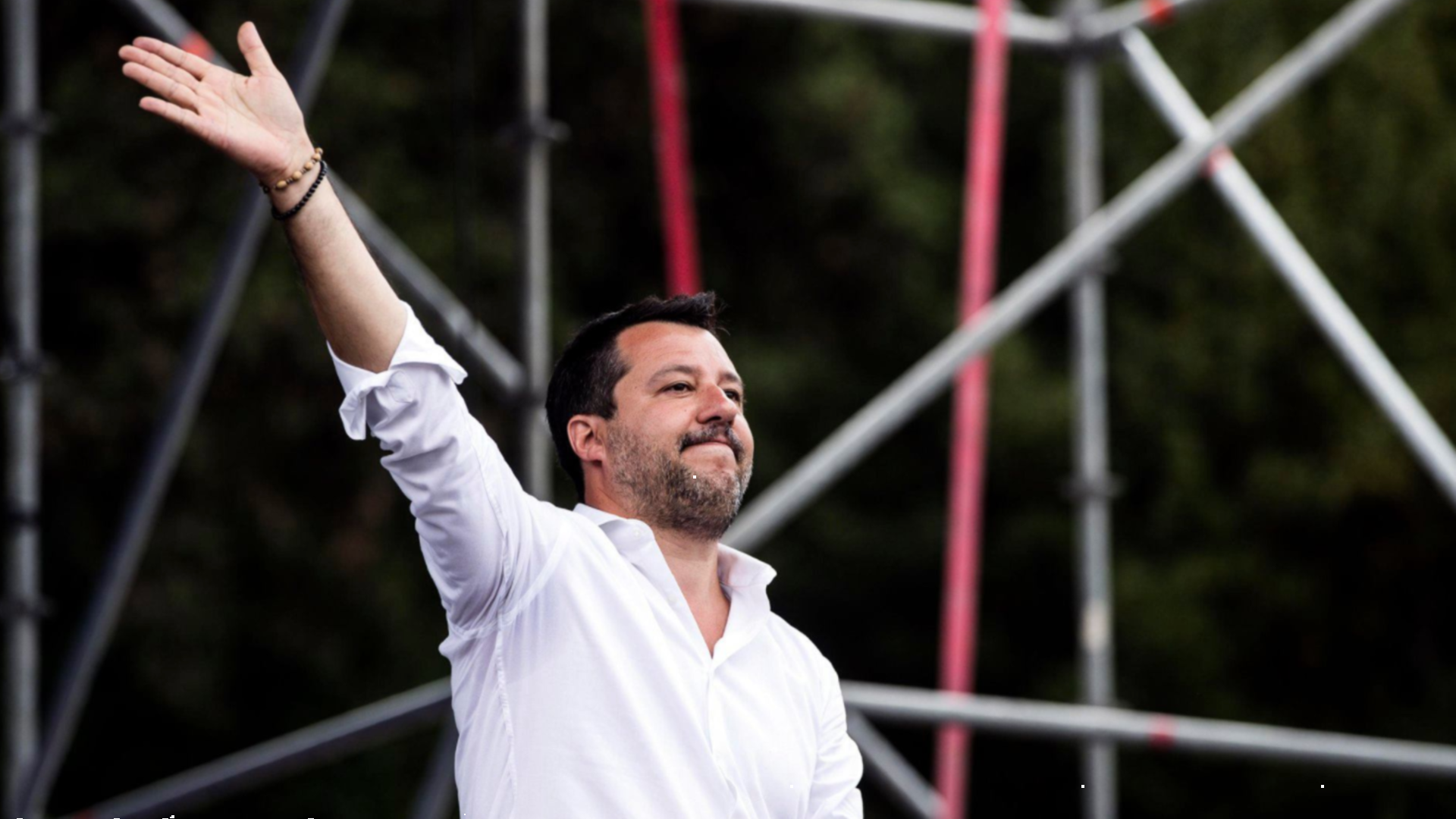 Yes, you read that correctly: the current government in Italy—a coalition between the Movimento 5 Stelle (M5S) and Partito Democratico (PD)—is pushing to convict the Lega’s Matteo Salvini on the criminal charge of trying to close the nation’s ports in order to bar illegal aliens from entering the country.

Last I checked, you are usually put on trial for committing an illegal act, not trying to stop one.

Salvini took a firm stance against the government willingly importing new coronavirus cases via illegal immigration. This seemingly rational position got him a first class ticket to a criminal trial; though the trial cannot proceed without approval from the Senate.

Fortunately for the senator, he is the leader of Italy’s most popular political party and, moreover, a coalition that holds nearly fifty per cent of the vote, as current polling stands. Thus the Senate vote will presumably fail.

Nevertheless, the very idea that one could be a convicted felon for stopping unlawful immigration into one’s country and protecting their fellow citizens is concerning in the least.

For those unfamiliar with Italian politics, Salvini is the Italian Donald Trump; and the establishment and left have contrived parallel coups in their respective countries.

Stateside, Donald Trump won the 2016 election against all odds and a long list of opponents on both sides of the aisle. His administration was then demonized, slandered, and attacked with a slew of ‘investigations’ that more closely resembled witch hunts during the Russian collusion hoax. The onslaught against the President did not stop there. In late 2019, the Democrats and anti Trump establishment coordinated an impeachment and removal attempt that continued into 2020.

In Italy, the first notable fiasco was last August when President Mattarella, in conjunction with the PD and M5S, pulled the ole switcheroo, replacing Salvini’s Lega with the PD—without an election. After multiple failed Russian collusion narrative attempts over the past year, here we are eleven months later with the preposterous assertion that one could be a criminal for enforcing the law.

The two countries’ coups are eerily similar: government intervention in an election, Russian collusion hoaxes, then a far fetched—too say the least—accusation and trial.

The overlooked foot note of the pending criminal trial is Salvini’s lack of eligibility to be prime minister if he is in fact charged with the felony.

Once the current government falls apart, the majority of the vote will be cast to the center-right coalition comprised of the Lega, Forza Italia (FI), and Fratelli d’Italia (FdI) and headed by Salvini—unless he cannot hold public office.

Many Americans may shrug the attacks on Salvini off, assuming the location of and general lack of knowledge about Italy means there are no global, moreover American, implications. This could not be farther from reality.

The attempt to criminally prosecute Matteo Salvini for enforcing Italy’s borders may seem outlandish, conspiratorial, and novel; however it is another event in an alarming sequence of coup attempts against nationalist, populist, anti establishment leaders globally.

Though a grasp at straws for the center-left coalition to retain power, this latest incident in the persecution of Salvini has materialized into a threat to the integrity of western judicial systems and governments.