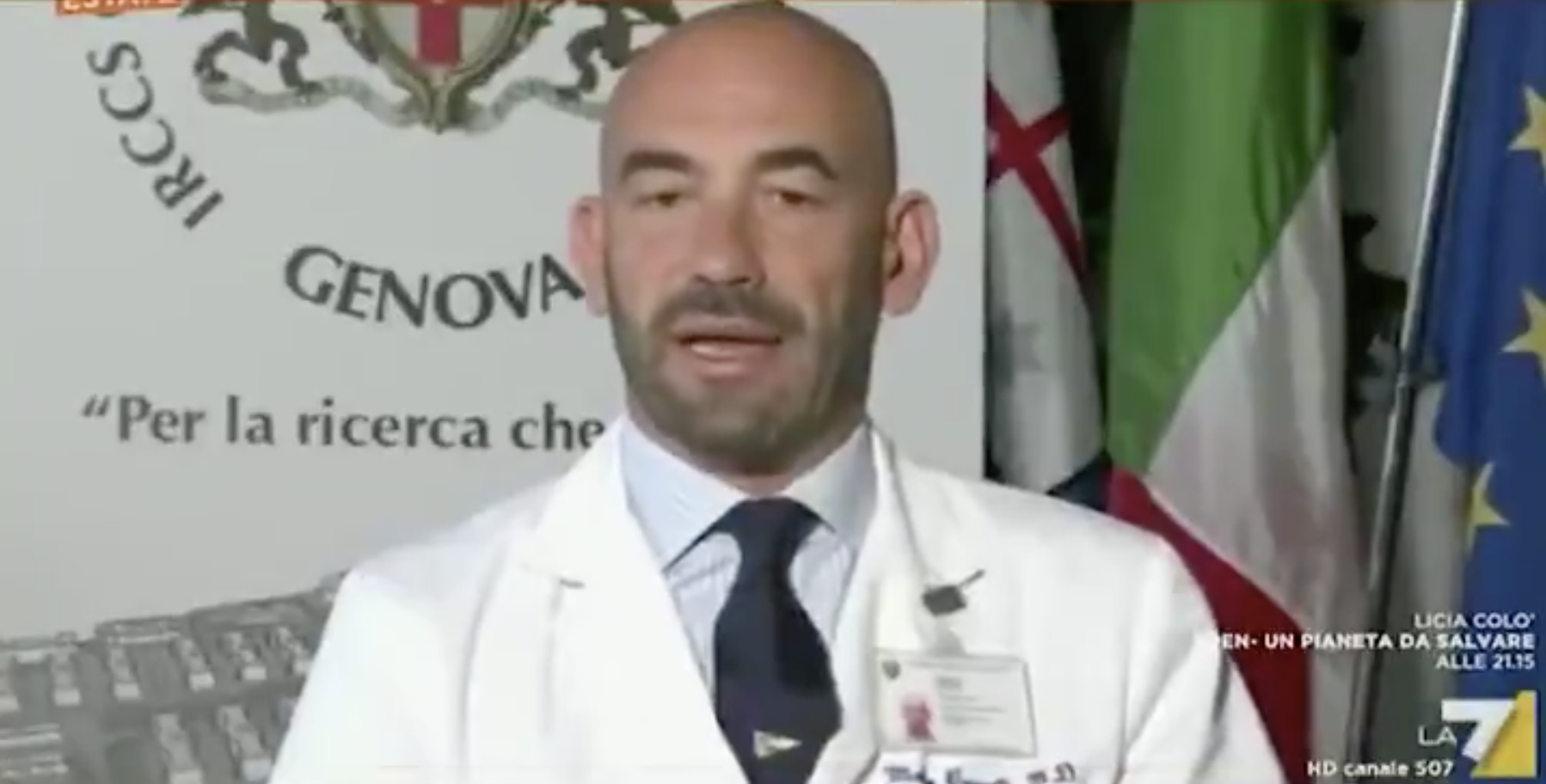 “Today we don’t have a situation that concerns newly contagious…the majority of the newly contagious are imported cases,” Doctor Matteo Bassetti, head of the San Martino Infectious Disease Department at the University of Genova (A.O.U. San Martino), said.

Dr. Bassetti appeared on LA7, an Italian television network, to talk about the nation’s current situation in regards to COVID-19.

He affirmed that the virus is completing its course within Italy, a claim he first made last month, explaining that “today…the hospitals are empty.”

The infectious disease doctor’s assertions come a week after the Lega’s Matteo Salvini addressed the issue of coronavirus-positive migrants in the Italian Senate:

“[Monday] 41,867 swabs were made. The positives were only 114. In intensive care, fortunately, only 60 people remained throughout Italy. Among the positives, however…twenty-eight were sent to us and landed in Sicily, and eleven others landed in Calabria. At least could you stop them? We have problems with Italian positives. At least the positives of the rest of the world—can we avoid them?“