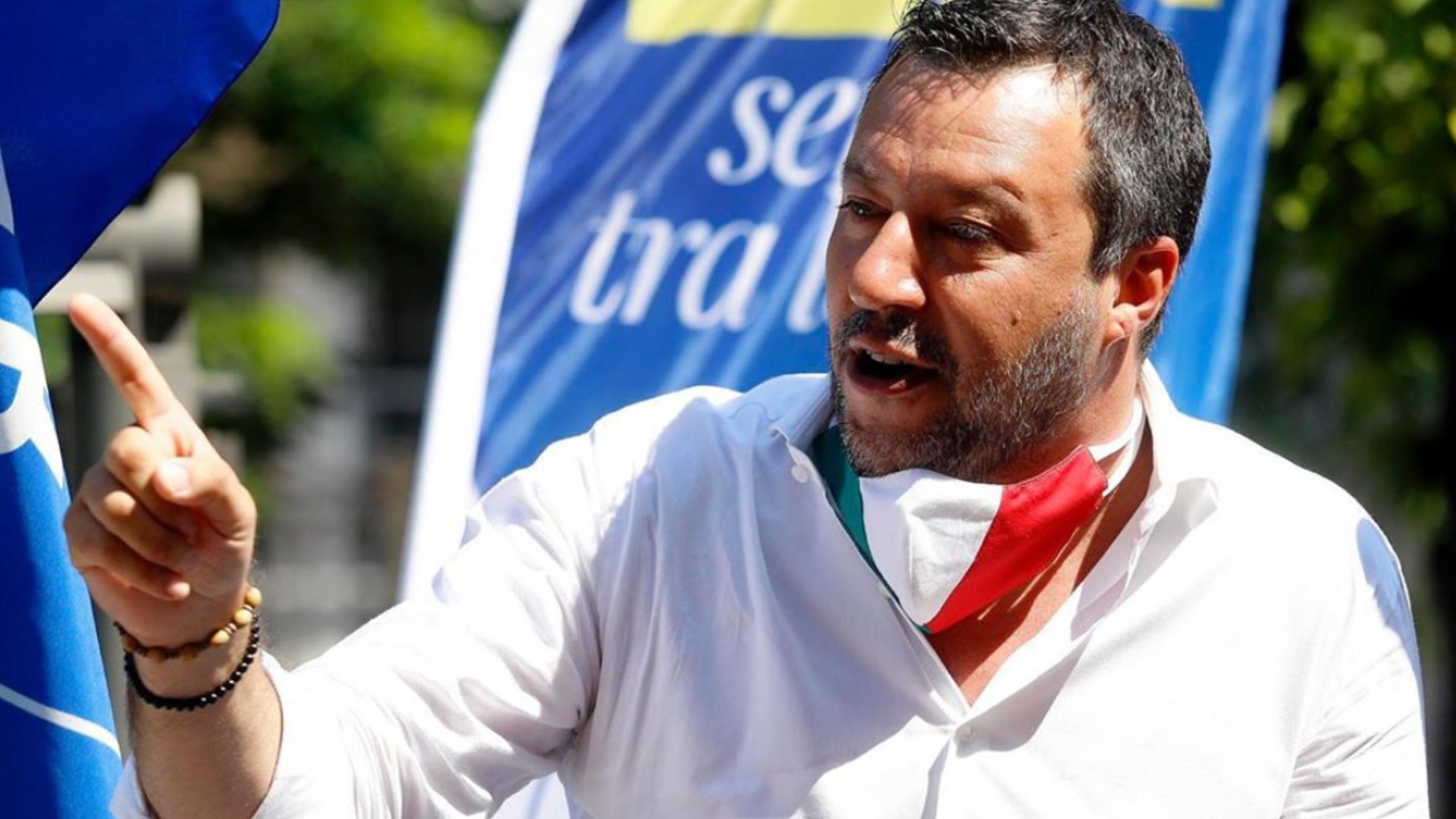 “At least could you stop them?” Matteo Salvini appealed to the Italian Senate on Tuesday to protect their citizens from COVID-19, coming into the southern European nation in alarming amounts by way of illegal immigration.

The captain of the Lega party referenced Monday’s coronavirus numbers; explaining that out of 41,867 swabs, only one hundred and fourteen tests came up positive.

However, there were thirty-nine additional positives in the south—all illegal immigrants from northern Africa who arrived by boat: “twenty-eight were sent to us and landed in Sicily, and eleven others landed in Calabria.”

The leader of the most popular political party pointed out the crisis Italy itself is currently facing, asking if they then had to import coronavirus from other nations.

“We have problems with Italian positives,” Salvini told the Senate. “At least the positives of the rest of the world—can we avoid them?”

The Senator’s appeal comes as Italian are financially on their knees.

Prime Minister Giuseppe Conte’s strict lockdowns, and subsequent shutdown of the economy, all but eradicated the virus. Italy, originally the hardest hit country outside of China, is nearly recovered in terms of its citizens health—but their bank accounts are devastated.

With Italians out of work and government subsidies failing to reach those in need, the nation is hungry and poor, with many businesses shutting their doors for good.

After paying such a high price for the eradication of the virus, Italian citizens are unhappy with the current administration for allowing it to waltz back in via illegal immigration.

Throughout the duration of Salvini’s twelve minute speech to the Senate, the Lega’s captain repetitively criticized Prime Minister Giuseppe Conte’s government on many points including their immigration policy, lockdowns, the improper distribution of European Union funds, and their unwillingness to put Italian citizens first.

Salvini, the former Minister of the Interior during the previous government coalition, campaigned and governed on policies such as “closed ports” and “Italians first,” as he sought to bar illegals from the nation.

During the previous administration, the Lega was in constant combat with their counterpart, the Movimento 5 Stelle, over a variety of policies. At the core of their skirmish: immigration.

From outside the ruling coalition, but still with a presence in the Senate, the Lega is overtly critical of the current government’s solecism on immigration and any subsequent implications.