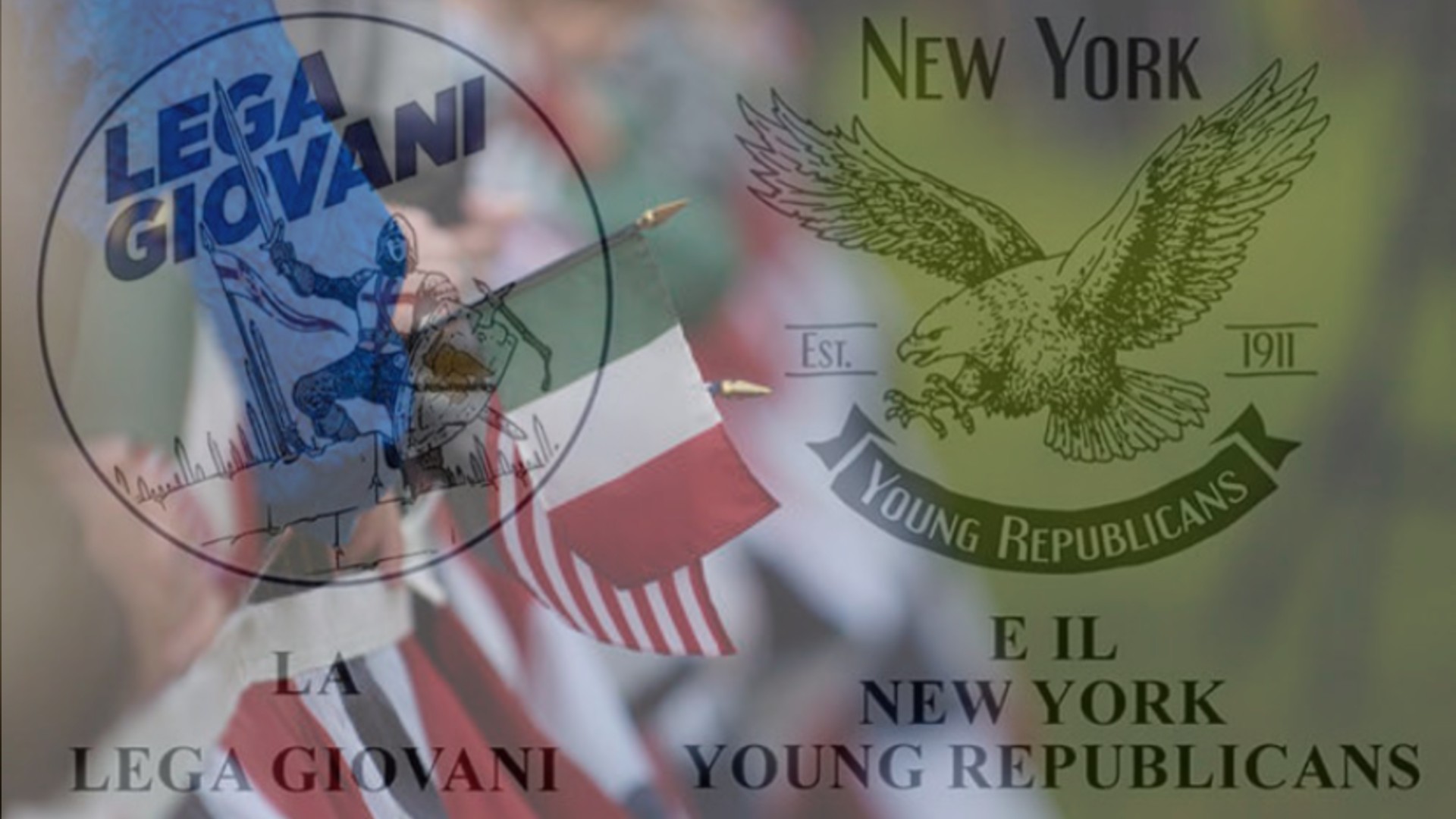 “We are excited to be spearheading the first official partnership between a Republican organization and Lega,” Gavin Wax, the president of the New York Young Republican Club, told Bucalupo.

The oldest Young Republican chapter in the United States has made history once again. This time by being the first U.S. group to partner with the Lega Giovani, the youth wing of Italy’s Lega party.

“We are all part of an ongoing national conservative renaissance that is spreading through both the U.S. and Europe,” Wax said.

The Lega, captained by Matteo Salvini, is the highest polling party in the southern European nation by over six per cent, a large margin for Italy. “It espouses a populist-conservative platform promoting many of the same themes as President Donald J. Trump, such as halting illegal immigration and resisting the rising tide of globalism,” the official Statement of Cooperation between the two groups details.

Wax expanded on this, saying: “We share much ideologically and we are admirers of Salvini and the movement he is building… We believe it is important to strengthen the bonds between our [two] nations and further between our parties… Salvini and Trump share much common ground and this new partnership recognizes that.”

The Statement of Cooperation outlines a variety of efforts each will take to further their parallel agendas, including voter outreach, statue protection and preservation, and hosting joint events.

“New York is home to the largest Italian American community in the country and many of our members are of Italian descent,” Wax told Bucalupo.

“Over 1.3 million Italians and Italian-Americans live in the New York City metropolitan area. As part of this cooperation,” the official statement explains, “the New York Young Republican Club will assist Lega Giovani in outreach to New Yorkers of Italian origin who are eligible to vote in the next Italian election.”

The groups go on to emphasize their commitment to the preservation of statues, something the NYYRC has already made national news for.

“Both the New York Young Republican Club and Lega Giovani recognize the special significance of Christopher Columbus statues in the United States to Italians and Italian-Americans,” the statement reads. “As part of its ongoing efforts to preserve American heritage, the New York Young Republican Club will seek to preserve and protect these statues from the radical mobs intent on destroying our shared heritage and rewriting our history.”

Though the COVID-19 pandemic has put a delay on in-person events and international travel, Wax and the Young Republican Club say both can be expected down the road: “We look forward to cohosting events with Lega Giovani and, once travel is allowed, to have delegations visit Italy.”