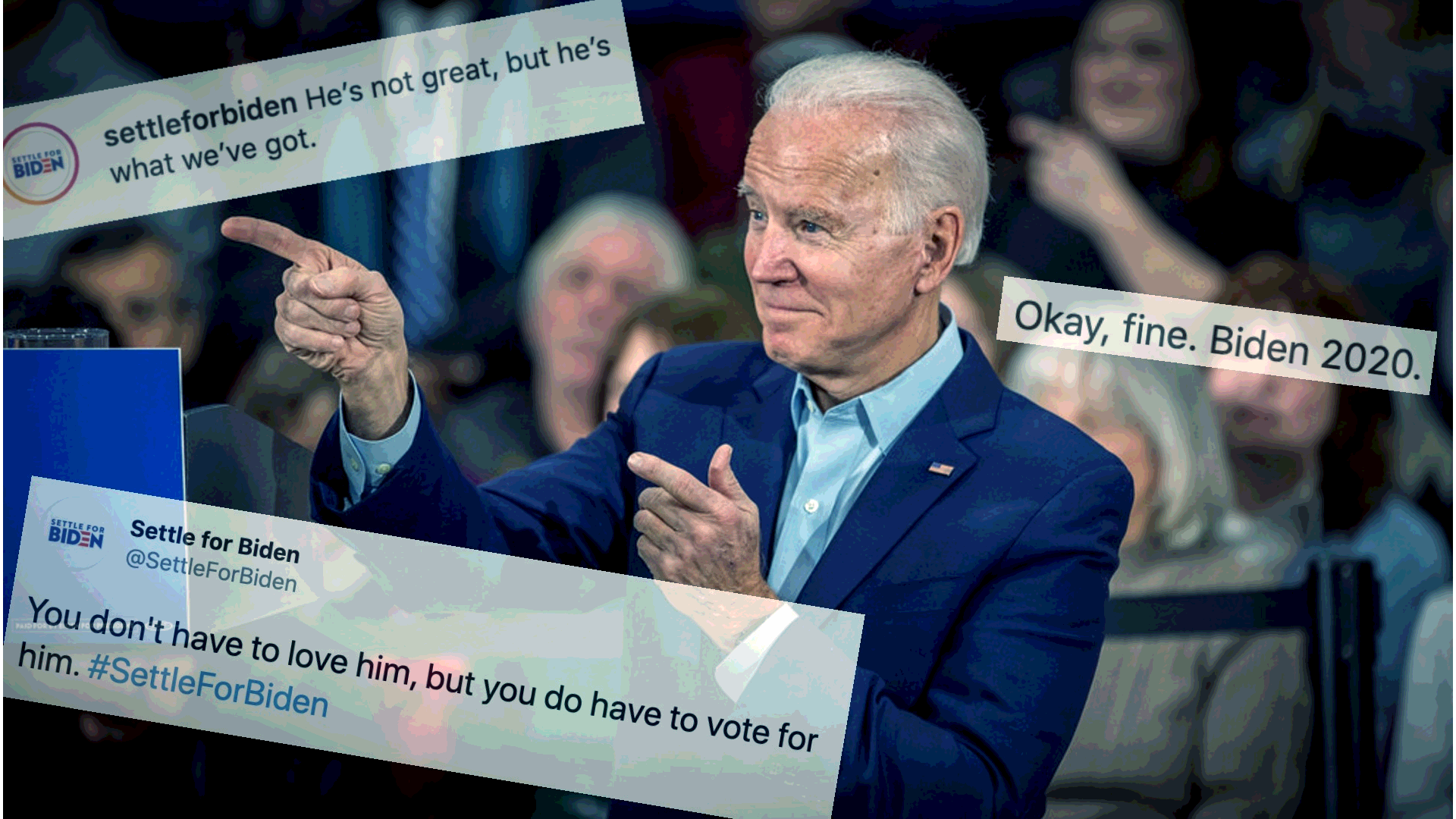 The left is conceding that they are settling for Joe Biden as their nominee.

Leftist organizations such as Black Lives Matter, for example, who one would think would refrain from supporting the former Vice President given his track record on racial issues, are promoting the puppet of a candidate.

A new organization called ‘Settle for Biden‘ has popped up on social media, describing themselves as a “grassroots group of former Sanders and Warren supporters working to unite our party around an imperfect candidate so we can get Trump out of office.”

“He’s not great,” the group says of the Presidential hopeful, “but he’s what we’ve got.” The Marine Corps slogan of ‘improvise, adapt, overcome’ comes to mind. Settle for Biden’s Instagram bio reads: “Ok, fine. Biden 2020.” How inspiring.

Whether the organization itself is satirical or not, the movement for Democrats to compromise on Biden as their nominee is very real. The creation of the Settle for Biden social media pages is a manifestation of Democrat voters’ growing concerns for their candidate.

Settle for Biden constantly advertises their dislike of the candidate, yet persists in encouraging their followers to vote for him. Though this embrace of their own lack of enthusiasm over the former Vice President may seem unusual, their concern for him as a current Presidential candidate is not surprising.

Until recently, Biden had gone months without holding a single press conference, despite the criticality of November’s election and rising tensions both within our borders and beyond.

Even when Biden is accounted for, he does not seem to be present. The largest headlines he is producing as of late tend to be his own gaucherie. One of his most recent blunders being his inaccuracy in the number of coronavirus fatalities by a factor of one thousand.

The alleged grassroots organization, recognizing many of Biden’s flaws, even advocates for mail-in ballots giving the reasoning that “you can vote drunk, making it easier to #SettleForBiden.”

However, there is a new wild card that is raising eyebrows on both sides of the aisle for his potential to draw votes from both parties’ front runners, particularly Biden.

Kanye West has thrown his hat in the ring.

Settle for Biden pleaded on Twitter: “for the love of God, do not vote for this man.”

“Kanye’s candidacy, if real, is a distraction,” they wrote on Instagram. “Keep your eye on the prize.”

However, a scroll through the comments section reveals many voters may feel differently about Ye jumping into the race—especially given his renouncement of his support for Trump, saying he is “taking the red hat off.”

Multiple comments were left by users saying they will pass on voting for Biden, but “Kanye tho [sic],” adding that the musician would “obliterate Joe in a debate.”

The movement to settle for Sleepy Joe, unlike the candidate, is alive and well.

As November approaches and chaos in the streets persists, Democrats look to fabricate a unified party behind a largely absent—and certainly absent-minded—candidate. The left is putting all they have behind Biden out of desperation to deny President Trump four more years after their failed attempt to remove him from office via impeachment.

Joe Biden is the Democrats’ Hail Mary pass as the clock winds down. They better hope Tom Brady is throwing and Rob Gronkowski is in the end zone.