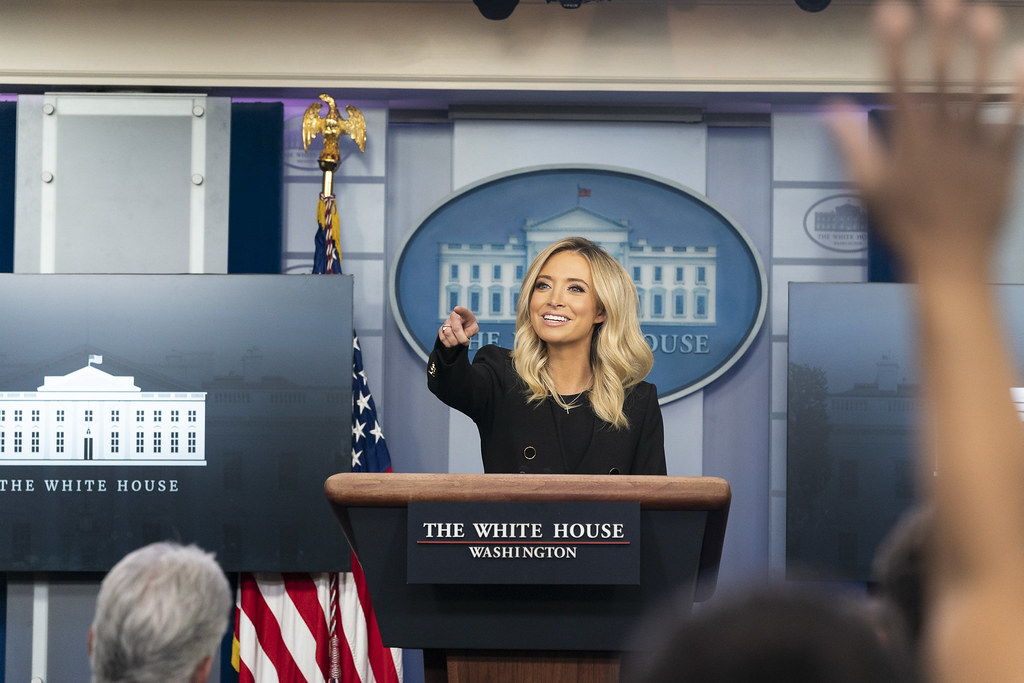 During Monday’s White House Podium Briefing, Press Secretary Kayleigh McEnany put the media in their place yet again, calling out their double standard and selective coverage.

“I was asked probably twelve questions about the confederate flag… I’m a little dismayed that I didn’t receive one question on the deaths that we [had] in this country this weekend,” McEnany criticized the media present.

“I didn’t receive one question about New York City shootings doubling for the third straight week; and over the last seven days shootings skyrocket[ing] by 142 per cent. Not one question.“

She continued putting the pressure on: “I didn’t receive one question about five children who were killed.”

Before leaving the podium, McEnany ended with a statement from the father of the eight year old girl who was killed in Atlanta over the weekend: “They say ‘black lives matter’… You killed a child. She didn’t do nothing to nobody.” The Press Secretary said of the father’s words: “it broke my heart.”

“We need to be focused on securing our streets, making sure no lives are lost because all black lives matter: that of David Dorn, and that of this eight year old girl,” McEnany shined a spotlight on the mainstream media’s selective reporting of what best fits their narrative.

The deaths of the African-American retired police captain David Dorn who was shot during the rioting and looting on June 2nd, the eight year old African-American girl who was shot in Atlanta over the holiday weekend, and others do not fit the leftist media’s narrative and thus are buried, ignored, and forgotten.

McEnany, in contrast, made an effort to bring their names and stories into the light, championing the true meaning of the phrase ‘all black lives matter’—including the one’s inconvenient to the media’s narrative.

This isn’t the first time McEnany has had to call the media out on failing to ask important questions and provide important coverage.

During her inaugural briefing in May, the media failed to ask about the recent news at the time regarding General Michael Flynn. The Press Secretary concluded the briefing by bringing the “case of injustice” up herself.

McEnany continuously brings attention to issues forgotten and ignored by the media, corrects their slander, and calls out previous falsehoods and inconsistencies in their reporting.