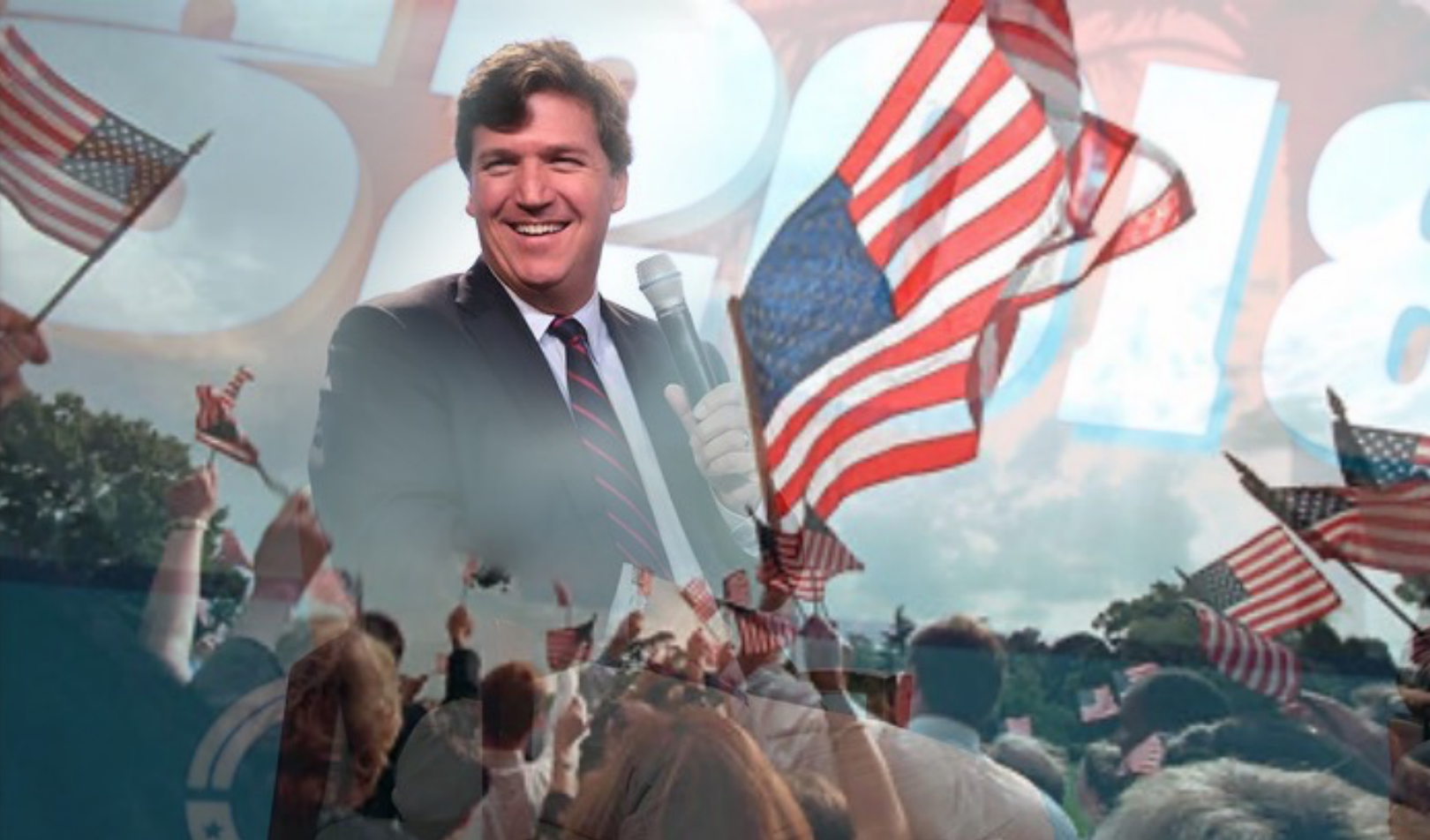 With the Chinese virus impeding President Trump’s campaign trail, Tucker Carlson’s monologue has been picking up the slack.

In the same way the President’s rallies draw crowds, emotion, and excitement, Carlson has brought energy and purpose to the base obscured during the pandemic and riots. He asks the tough questions and is not afraid to say what everyone is thinking: where is Republican leadership?

Opposing the establishment and groupthink usually doesn’t end well for the challenger. However Carlson is breaking records as his viewership soars amid the controversy.

As Trump’s base becomes increasingly unsettled with his chance at reelection, 2024 is moving to the forefront of people’s minds. And with that, a ticket with Carlson’s name on it.

The concept started as a seemingly far-out idea, circulating more as a meme throughout conservative circles and the MAGA side of Twitter. Though a Carlson run was previously deemed out of the question, his unwavering conservatism and matter-of-fact delivery—a rare occurrence on Fox nowadays—has made him a favorite amongst Trump’s base.

Being blunt and based usually gets you cancelled. And, well, they did try to cancel Tucker Carlson: companies pulled advertisements from his show en masse last month. This is something they probably regret, seeing as despite all the financial pressure Carlson doubled down and became the highest rated show in cable new history. “The Fox News host’s ratings have gone gangbusters,” Politico wrote.

In addition to stepping in for Trump rallies, Carlson has stepped up and filled the lack of leadership in the GOP. While Republican “leaders” in name only fail to do what’s best for our nation, Carlson pressed Senator Mike Braun into withdrawing his “qualified immunity” bill after a series of austere questions.

Once Business Insider published that they thought “Tucker Carlson’s presidential campaign bandwagon is leaving the station,” claiming “GOP donors and conservative media are taking the idea seriously,” the Carlson 2024 alternate reality became a plausible one.